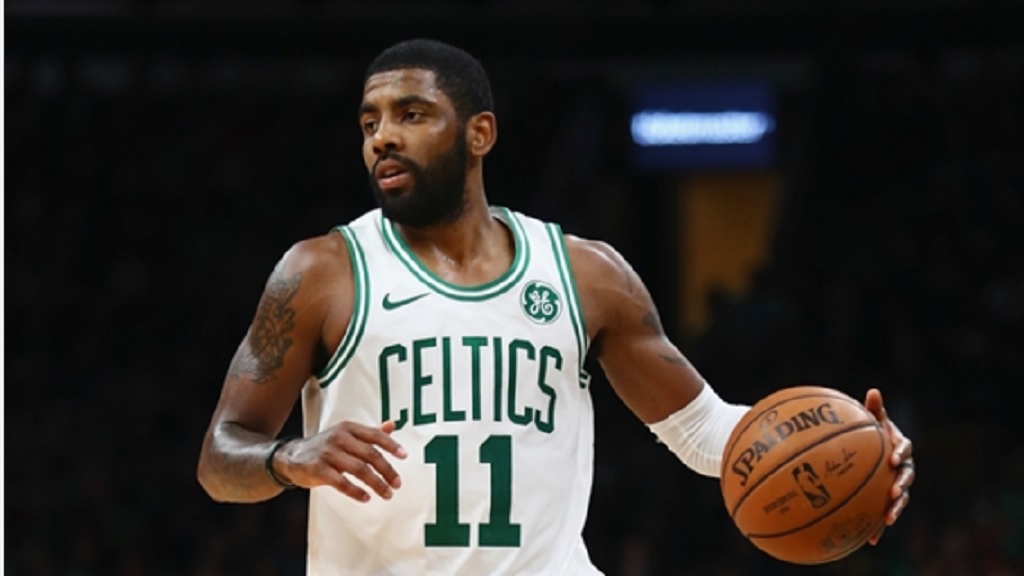 Two of the NBA's best players put on a show on Friday as Kyrie Irving and Kawhi Leonard matched each other play for play, the Boston Celtics beating the Toronto Raptors 123-116 in overtime.

The Celtics had lost four of their past six and they entered the night 24th in the NBA for scoring (105.6 points per game) and 28th in shooting percentage (.429).

But the shots fell for the Celtics, who are now 9-6 for the season, as the team hit 52.8 percent from the field.

Irving shot 18 of 26 from the floor to finish with 43 points, including 19 points in the fourth quarter as the two teams battled back and forth. He also dished out 11 assists.

The 26-year-old then contributed to every Celtics basket in overtime, scoring four and handing out four assists.

Jayson Tatum chipped in 21 for the Celtics and Gordon Hayward, who has struggled to find his shot so far after missing all of last season to an injury, landed a big basket in OT and ended with 15 points.

The Celtics' effort spoiled a great night by Leonard had 31 points, 15 rebounds, four assists and three steals for the Raptors, who fall to 12-4 but still lead the Eastern Conference.

"He's one of the greatest playing our game right now, obviously," Irving told ESPN when asked about Leonard.

Anthony Davis had 43 points and 17 rebounds to rally the Pelicans from a 19-point deficit in a 129-124 win against the Knicks.

Rookie Jaren Jackson Jr. had a career-high 27 for the Grizzlies in their 112-104 win against the Kings.

The Washington Wizards made only three of 17 three-point attempts in a 115-104 loss to the Brooklyn Nets.

It didn't look like there was any way Anthony Davis could finish an acrobatic attempted alley-oop, until he did, registering one of the highlights of the Pelicans' victory against the Knicks.

The Kings, who were 27-55 a year ago, have been transformed in the early season thanks to their high-scoring backcourt of De'Aaron Fox and Buddy Hield, who are both averaging around 19 points per game. The Rockets have also looked like a different team this season and are currently 7-7 after last season's run to the Western Conference finals

Durant is done with questions about Green