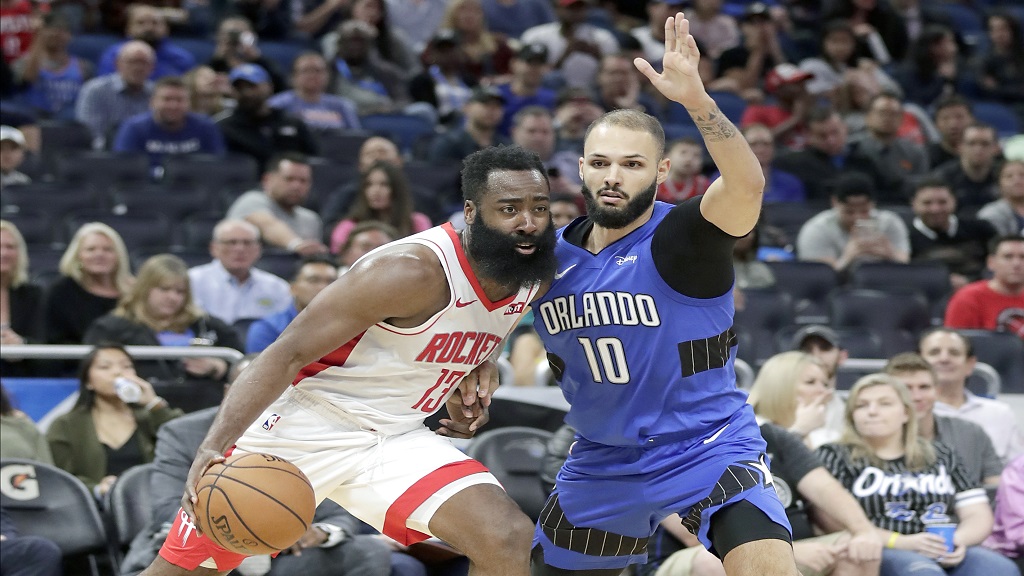 James Harden produced another 50-point performance in the NBA, while Giannis Antetokounmpo helped the Milwaukee Bucks extend their streak on Friday.

Harden made it back-to-back 50-point games in the Houston Rockets' 130-107 victory over the Orlando Magic.

Coming off a 55-point game against the Cleveland Cavaliers, Harden had 54 in the win over Orlando.

The Bucks made it 17 straight wins by getting past the Memphis Grizzlies 127-114.

Antetokounmpo had a double-double of 37 points and 11 rebounds in the Bucks' latest victory.

The Los Angeles Clippers' stars also impressed. Paul George had 46 points and Kawhi Leonard 42 in a 124-117 win over the Minnesota Timberwolves.

The Philadelphia 76ers are 14-0 at home after Ben Simmons contributed 24 points and 11 assists in a 116-109 win against the New Orleans Pelicans.

The Chicago Bulls were woeful in an 83-73 loss to the Charlotte Hornets. The Bulls went at just 30 per cent from the field, shooting 27-of-90.