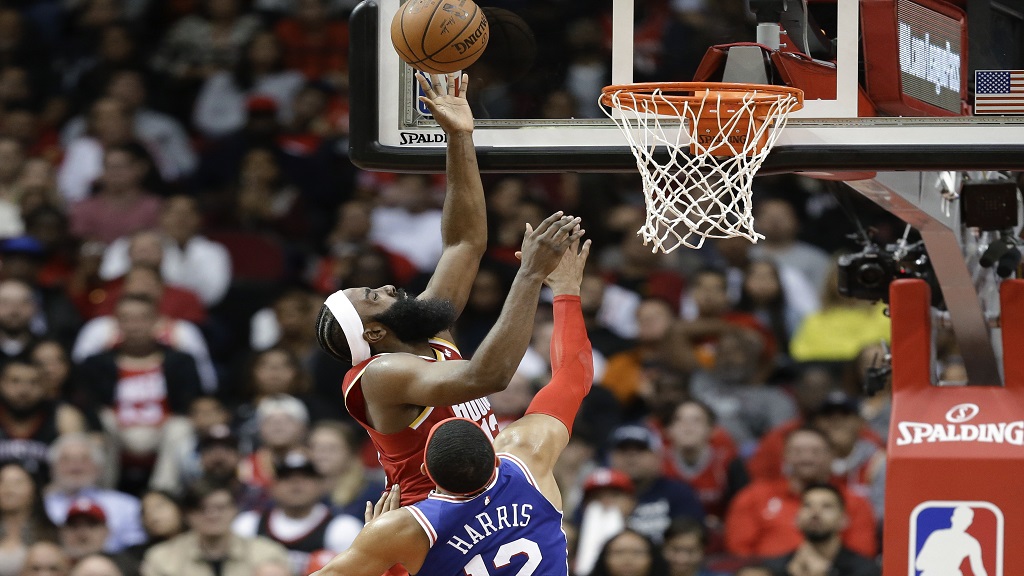 James Harden and Ben Simmons both had triple-doubles as the Houston Rockets overcame the Philadelphia 76ers in the NBA on Friday, while Anthony Davis shone for the Los Angeles Lakers.

Rockets guard Harden posted 44 points, 11 assists and 11 rebounds to edge a scintillating showdown with 76ers star Simmons and guide Houston to a 118-108 win in Texas.

The 76ers (23-14) have now lost four on the trot, all on the road, ahead of Monday's game against the Oklahoma City Thunder.

The Rockets (24-11) sit three places behind the Western Conference-leading Lakers, who downed the New Orleans Pelicans 123-113 at Staples Center.

Davis punished his former team, registering 46 points and 13 rebounds, while LeBron James had a double-double of 17 points and 15 assists.

Lillard back in form for Trail Blazers

Kept quiet in Wednesday's disappointing defeat to the New York Knicks, Damian Lillard bounced back to form in Washington.

Lillard had 35 points to help the Portland Trail Blazers snap a five-game losing streak in a 122-103 win over the Wizards, who had Isaiah Thomas ejected in the second minute for what was deemed a shove on an official.

Jimmy Butler's double-double (23 points, 10 rebounds) proved in vain for the Miami Heat as they slipped to a 105-85 loss against the Orlando Magic.

Devin Booker passed 30 points for the fifth successive game to lead the Phoenix Suns to a 120-112 victory over the Knicks.

The Boston Celtics edged the Atlanta Hawks 109-106 despite having little support from Jayson Tatum, the 21-year-old going two-of-16 from the field while missing both of his three-point attempts.

Giannis Antetokounmpo has the chance to record an eighth double-double in as many outings when the Milwaukee Bucks (31-5) take on the San Antonio Spurs (14-19) on Saturday.

Lakers' LeBron says he re-injured groin in loss to Clippers