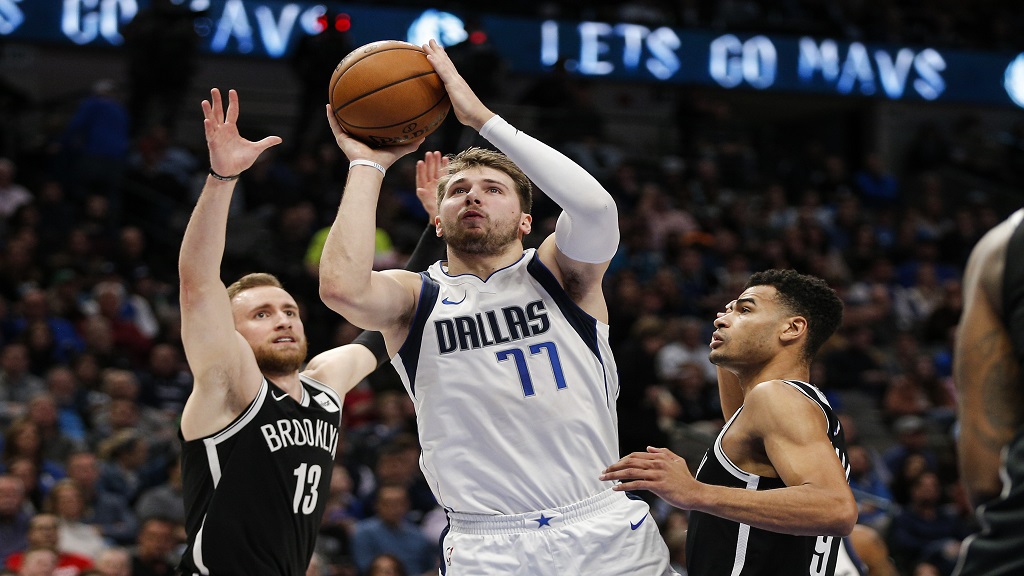 Luka Doncic inspired the Dallas Mavericks in the NBA on Thursday, while the Los Angeles Clippers cruised again.

Doncic's 31 points, 13 rebounds and seven assists saw the Mavericks past the Brooklyn Nets 123-111.

Seth Curry provided plenty of support off the bench with 25 points on nine-of-13 shooting.

The Clippers eased to a 126-112 win over the Detroit Pistons.

Kawhi Leonard and Paul George combined for 30 points, but it was the Clippers' bench that did most of the damage.

Bam Adebayo had a double-double of 15 points and 14 rebounds in the Miami Heat's 84-76 win against the Toronto Raptors.

A double-double from Rudy Gobert (17 points and 12 rebounds) saw the Utah Jazz past the Chicago Bulls 102-98.

Detroit's starters struggled against the Clippers. The Pistons' starting line-up – Tony Snell, Sekou Doumbouya, Andre Drummond, Svi Mykhailiuk and Tim Frazier – went 14-of-43 from the field in the loss.

Flying high atop the Western Conference, the Los Angeles Lakers (27-7) host the New Orleans Pelicans (11-23) on Friday. The Pelicans are on a four-game winning streak.