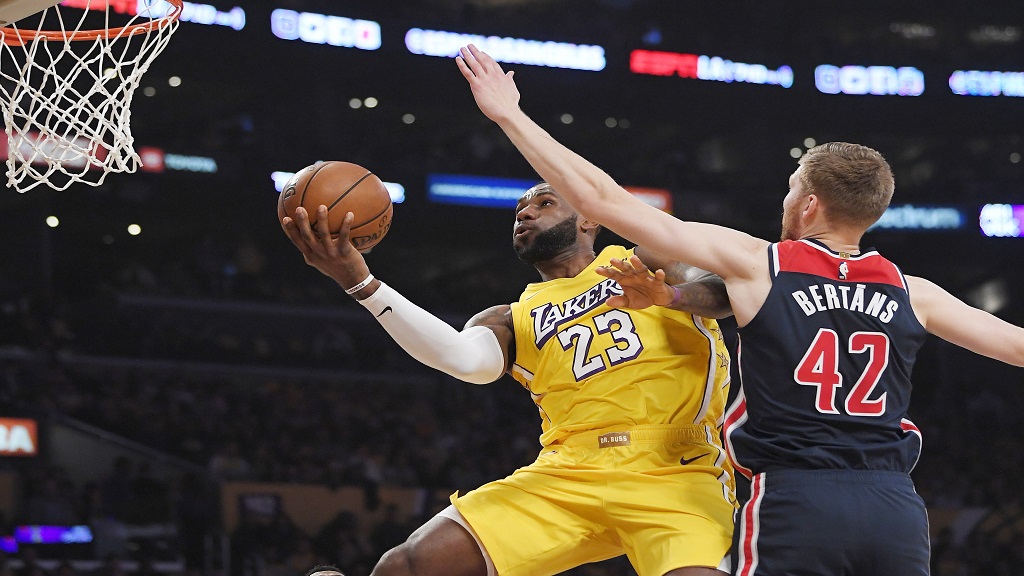 The Milwaukee Bucks and Los Angeles Lakers extended their respective winning streaks to 10 games in the NBA on Friday.

Giannis Antetokounmpo again led the Bucks in a 119-110 victory over the Cleveland Cavaliers.

Antetokounmpo finished with a double-double of 33 points and 12 rebounds, while George Hill contributed 18 points off the bench.

The Bucks are 16-3 and have a 1.5-game lead atop the Eastern Conference.

The Lakers continued to pull clear atop the west after a 125-103 victory over the Washington Wizards.

Luka Doncic put on a show again, contributing 42 points, 11 assists and nine rebounds in the Dallas Mavericks' 120-113 win over the Phoenix Suns.

Philadelphia star Joel Embiid finished with 27 points and 17 rebounds in the 76ers' 101-95 victory against the New York Knicks.

Trae Young had 49 points after going 16 of 28 from the field, but the Atlanta Hawks lost to the Indiana Pacers 105-104 in overtime.

Hassan Whiteside blocked his way into the Portland Trail Blazers' record books. Whiteside's 10 blocks in a 107-103 win over the Chicago Bulls was a franchise record.

Orlando Magic's starters Aaron Gordon, Jonathan Isaac, Khem Birch, Evan Fournier and Markelle Fultz combined to go 16 of 49 from the field in a 90-83 loss to the Toronto Raptors.

Carmelo Anthony had 23 points and 11 rebounds in the Trail Blazers' win.

The Pacers (12-6) and 76ers (13-6) are sixth and fifth respectively in the Eastern Conference ahead of their clash on Saturday.