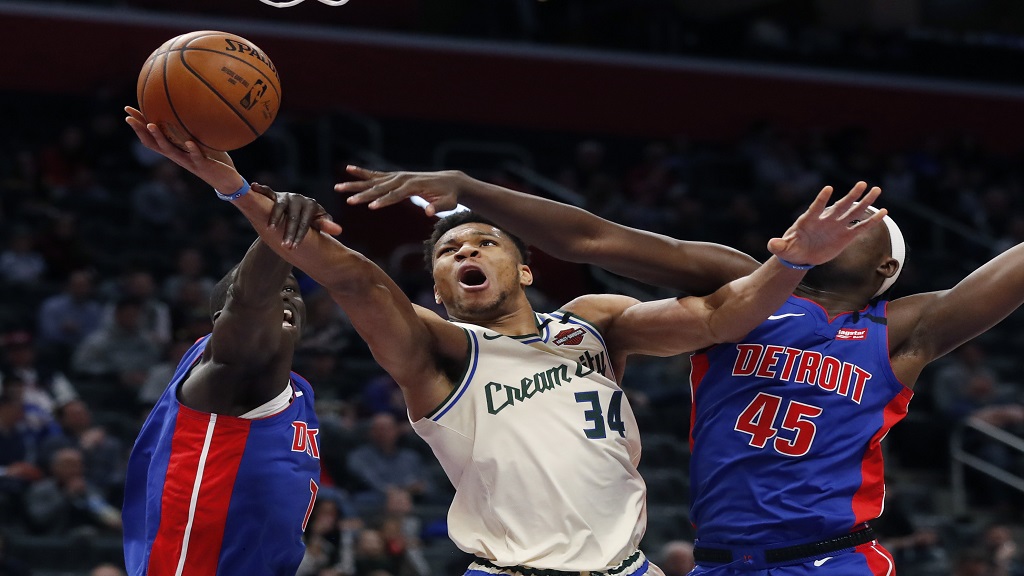 Giannis Antetokounmpo starred as the Milwaukee Bucks resumed their NBA season with a comfortable win, while the Houston Rockets cruised on Thursday.

Back in action after the All-Star break, the Bucks improved to 47-8 with a 126-106 victory over the Detroit Pistons.

Antetokounmpo finished with a double-double of 33 points and 16 rebounds, while Khris Middleton poured in 28 points.

Eric Bledsoe went eight-of-14 from the field for his 19 points and Brook Lopez contributed 18 for the Bucks.

The Rockets were untroubled by the Golden State Warriors in a 135-105 thrashing.

All five of Houston's starters finished with double-digits for points, with Robert Covington adding 20.

Joel Embiid's double-double of 39 points and 16 rebounds helped the Philadelphia 76ers past the Brooklyn Nets 112-104 after overtime.

The Bulls' loss was their seventh straight as they were left with a 19-37 record and in 11th in the Eastern Conference.

The Los Angeles Lakers (41-12) resume their campaign against the Memphis Grizzlies (28-27) at the Staples Center on Friday.