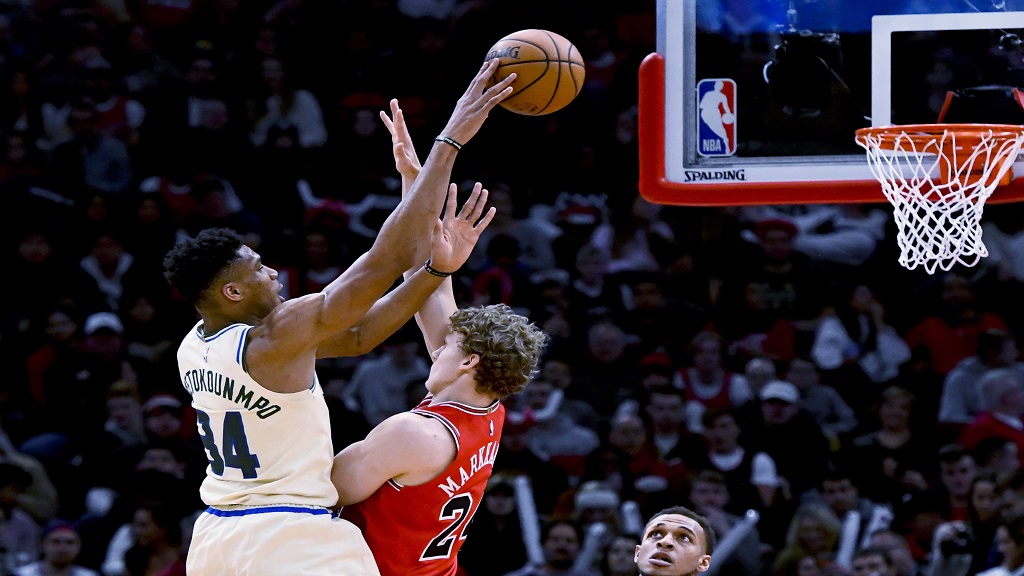 With an NBA-best 30-5 record, the Milwaukee Bucks are off to a great start.

Giannis Antetokounmpo, though, is more concerned with the team's finish this season.

The reigning MVP had 23 points and 10 rebounds after missing two games with a sore back, and Milwaukee pulled away in the second half for a 123-102 victory over the Chicago Bulls on Monday night.

Antetokounmpo, the league's second-leading scorer with an average of 30.5 points per game entering this one, played only 27 minutes and sat out the final 5 1/2 because of the lopsided score. He was 8 for 14 from the field with six assists.

“We won 30 games before January; It's cool, but we can always do better,” Antetokounmpo said. “We've got to keep improving because the goal is to play late in the season.”

Khris Middleton scored 25 points for the Bucks, and Eric Bledsoe had 15 points in 16 minutes after missing the previous eight games with a fractured right leg.

“We move way faster with him,” Antetokounmpo said of Bledsoe. “He's like a sports car. He goes so fast, and we've got to follow him. It's always good to have him back.”

Zach LaVine scored 19 points for Chicago but shot just 7 for 23 from the field. Lauri Markkanen and Coby White had 18 points apiece and Wendell Carter Jr. added 10 points and 11 rebounds for the Bulls.

UP NEXT: Bucks: Host the Minnesota Timberwolves on Wednesday night.

In Portland, Ore., - In the first half, the Phoenix Suns trailed by 19 points. By the final seconds, Kelly Oubre Jr. was blowing goodbye kisses to the Portland Trail Blazers and their fans.

Devin Booker scored 33 points, Oubre had 29 and Phoenix came back from way behind to beat Portland 122-116 on Monday night.

A 3-pointer by Oubre gave the Suns a 120-114 lead with 43.8 seconds left. After the shot, he blew kisses to the crowd while jogging around the court as Portland called a timeout.

“I think I feel like the first two I blew ‘em some kisses, they booed me. And then after I hit ‘em, they just expected the kisses,” Oubre said. “It’s love all the way around the world.”

Ricky Rubio added 18 points and 13 assists for the Suns, who won their second consecutive game and handed Portland their fourth straight defeat.

In Minneapolis: Down two stars, down on the scoreboard and down on their luck, the Minnesota Timberwolves found a way.

UP NEXT: Nets: At Dallas on Thursday. It's the first meeting of the two teams this season.

Timberwolves: At Milwaukee on Wednesday. The Bucks have won eight of the past 10 meetings.

The surging Jazz pulled away for a 104-81 victory over the Detroit Pistons on Monday night by leaning on their trademark rugged defense. Utah ran the Pistons off the 3-point line, holding Detroit to 4-of-14 shooting from the perimeter. The Jazz also forced 17 turnovers and scored 25 points off those miscues.

In the end, Detroit managed a season low in points.

Getting stops revived a sluggish Utah offense. The Jazz shot just 33.3% from the floor in the first half, but connected on 59% of their field goal attempts after halftime. They made 26 baskets over the final two quarters after totaling just 13 through the first 24 minutes.

UP NEXT: The Pistons visit the Los Angeles Clippers on Thursday.

The Jazz visit the Chicago Bulls on Thursday.