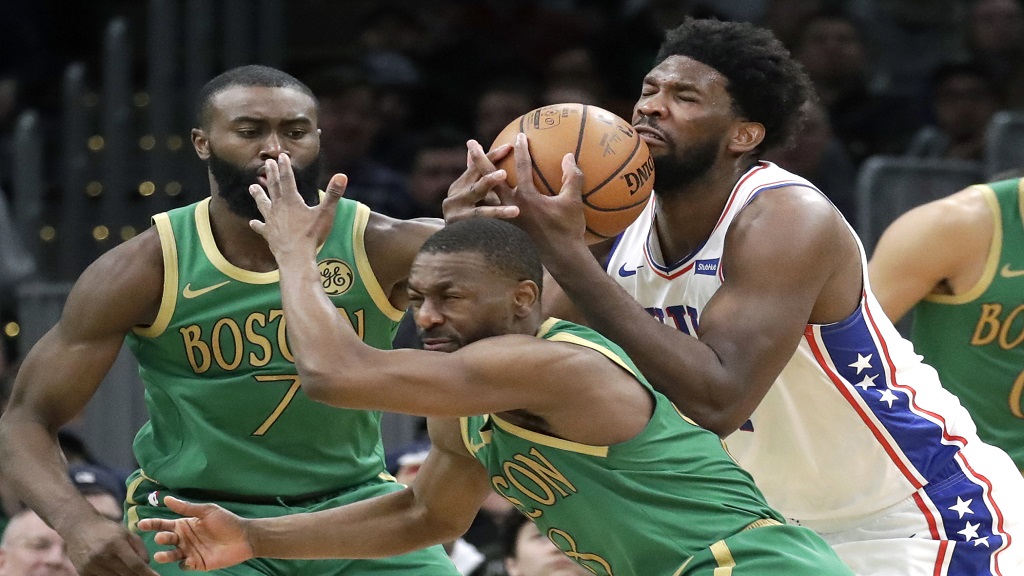 The Philadelphia 76ers handed the Boston Celtics their first home loss of the NBA season, while Luka Doncic starred once more on Thursday.

Joel Embiid had a double-double to see the 76ers past the Celtics 115-109, ending Boston's 10-match winning streak at TD Garden this season.

Kemba Walker had a team-high 29 points for the Celtics, but he went eight-of-21 from the field.

Doncic's dominance continued during the Dallas Mavericks' 122-111 win over the Detroit Pistons.

Love the star for Cavs

Kevin Love's 30 points and 17 rebounds saw the Cleveland Cavaliers to a 117-109 overtime victory against the San Antonio Spurs, ending an eight-game losing streak.

The Celtics went down to the 76ers, but Enes Kanter had 20 points off the bench on 10-of-13 shooting.

Nikola Jokic's double-double of 20 points and 11 rebounds powered the Denver Nuggets past the Portland Trail Blazers 114-99.

As Doncic starred for the Mavericks, Blake Griffin struggled for the Pistons. The forward was three-of-16 for just 10 points in 30 minutes.

LeBron James will return to Miami once more when the Los Angeles Lakers (22-3) face the Heat (18-6) on Friday.