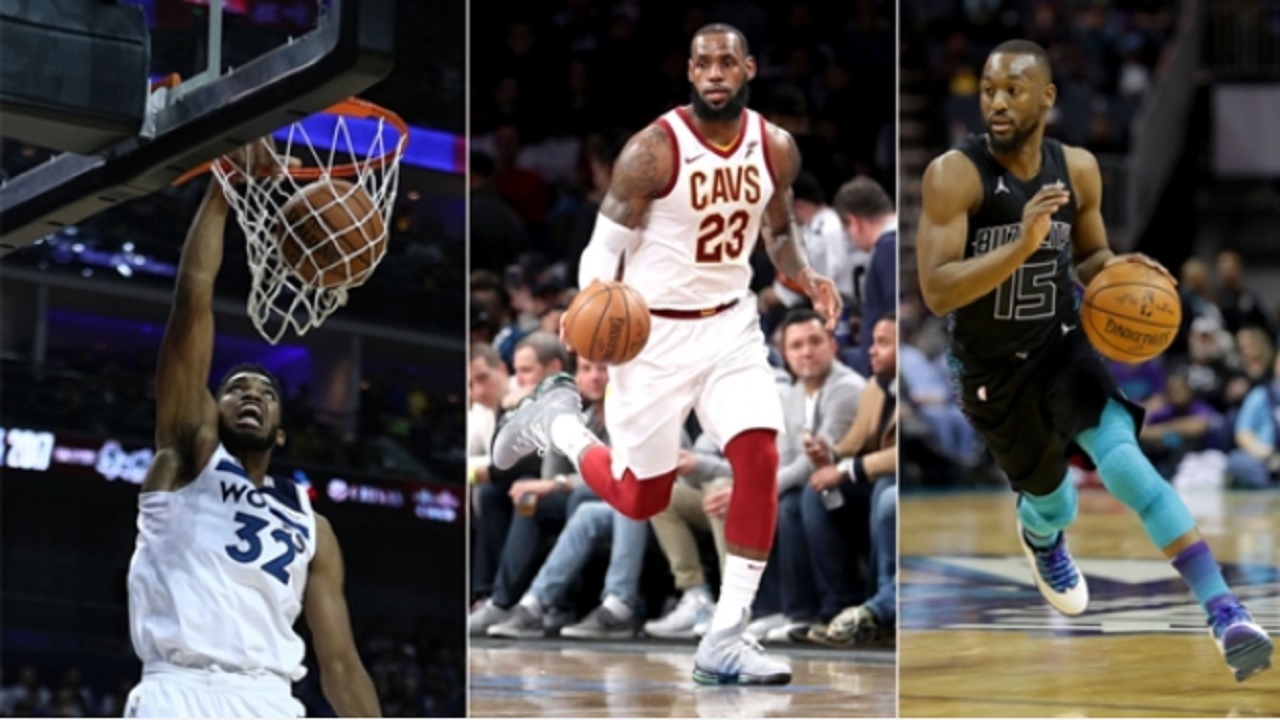 It was a memorable night for LeBron James, Kemba Walker and Karl-Anthony Towns as the trio celebrated scoring feats in the NBA.

James joined two scoring clubs that only include Michael Jordan on Wednesday as the Cleveland Cavaliers topped the Charlotte Hornets 118-105.

By scoring his 10th point in the first half against the Hornets, James recorded double-digit points in his 866th consecutive game, tying Jordan's record for the most in NBA history.

In addition, by scoring his 30th point of the night he tallied his 20th 30-point performance against the Hornets, which also tied Jordan for the most ever.

James finished with 41 points, 10 rebounds and eight assists in Charlotte.

"I'm not supposed to be here," Walker told NBA TV after the game. "A lot of people from where I'm from don't make it... this is a huge accomplishment."

With Damian Lillard out, Portland Trail Blazers guard CJ McCollum scored 42 points on 16-of-25 shooting with five assists and three rebounds against the Memphis Grizzlies, who claimed a shock 108-103 victory.

Orlando Magic guard Rodney Purvis is doing his best to get his team the number one lottery pick. He scored two points on 0-for-six shooting and registered a minus-16 in a 111-104 loss to the Brooklyn Nets.

SIMMONS WITH THE CRAFTY PASS

The Oklahoma City Thunder are fourth in the Western Conference playoff race and the San Antonio Spurs are sixth, but the two teams are separated by just one game. The Thunder are just three-and-a-half games from dropping out of the postseason entirely.