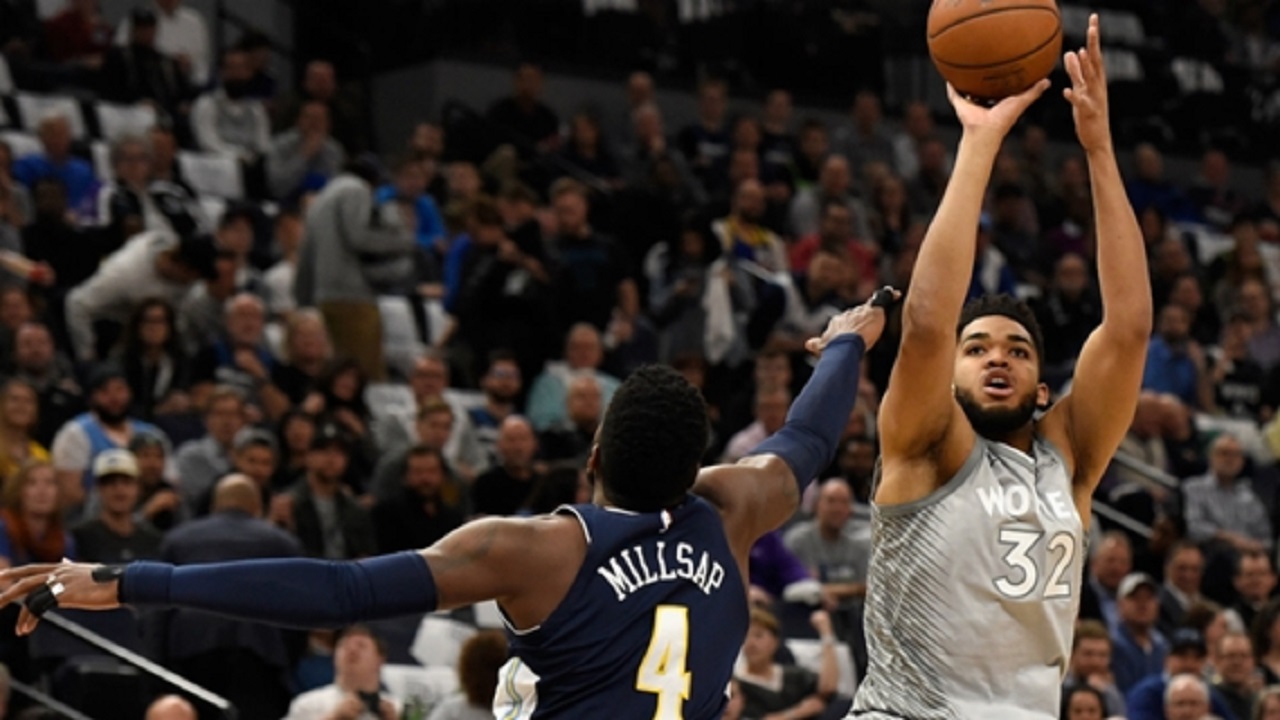 The Minnesota Timberwolves secured a postseason berth in the NBA as the playoff-bound Philadelphia 76ers stayed hot.

The Timberwolves secured the final playoff spot up for grabs on Wednesday in a thrilling 112-106 overtime-win against the Denver Nuggets.

Jimmy Butler scored 31 points and Karl-Anthony Towns added 26 and 14 rebounds in 47 minutes for the Wolves, who will be the eighth seed in the Western Conference.

The Timberwolves will play the Houston Rockets in the opening round.

After falling to the New Orleans Pelicans midweek, the San Antonio Spurs dropped to seventh and will take on reigning NBA champions the Golden State Warriors in the opening series.

By beating the Utah Jazz, the Portland Trail Blazers clinched the third seed in the west and will meet the Pelicans, while the Jazz go head-to-head with the Oklahoma City Thunder.

Here is how the seedings shake out in the Eastern Conference:

With his 16th rebound against the Memphis Grizzlies, reigning MVP Russell Westbrook became the first player to average a triple-double in multiple seasons.

The Philadelphia 76ers won their 16th straight game as Markelle Fultz had his first career triple-double with 13 points, 10 assists and 10 rebounds in a 130-95 win over the Milwaukee Bucks.

With the Sixers and Heat winning, the Washington Wizards had a perfect chance to clinch the coveted seventh seed in the east and face the injury-depleted Boston Celtics in first round. Instead, Washington lost to the hapless Orlando Magic 101-92 after scoring just 17 points in the fourth quarter.

The Wizards ended the regular season losing nine of their last 12 games and are in danger of getting swept by the Toronto Raptors.

Anthony Davis and the Pelicans routed the San Spurs 122-98 on the final night of the regular season.

The playoffs start on Saturday.