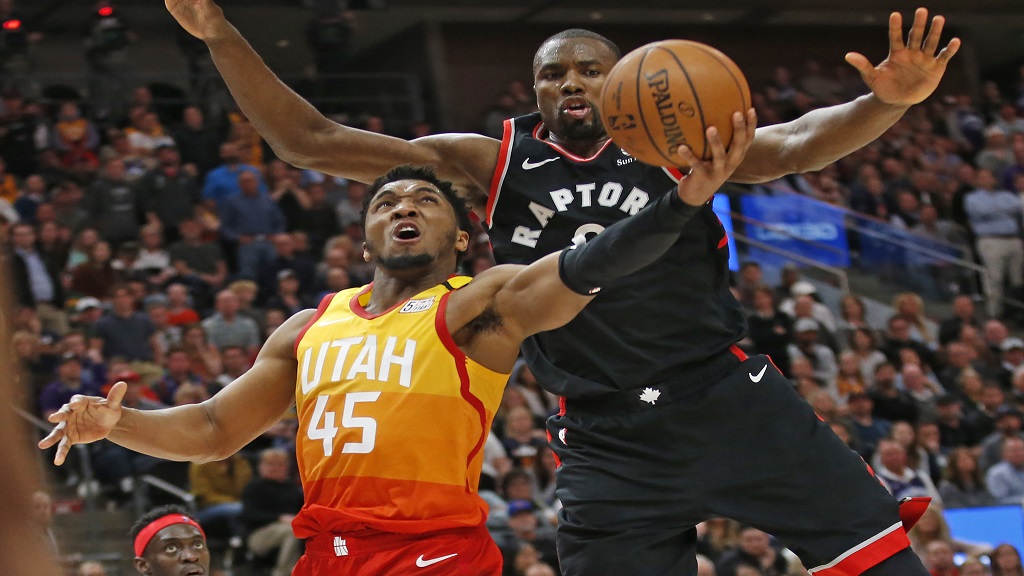 The NBA will suspend the season at the conclusion of Wednesday's games until further notice after a Utah Jazz player tested positive for coronavirus.

The decision came after the Oklahoma City Thunder's clash with the Utah Jazz was postponed, just moments before tip-off at Chesapeake Energy Arena.

Rudy Gobert reportedly contracted COVID-19, having been ruled out of the game due to illness along with Jazz team-mate Emmanuel Mudiay.

In a statement, the NBA said: "A player on the Utah Jazz has preliminary tested positive for COVID-19. The test result was reported shortly prior to the tip-off of tonight's game between the Jazz and Oklahoma City Thunder at Chesapeake Energy Arena. At that time, tonight's game was cancelled. The affected player was not in the arena.

"The NBA is suspending game play following the conclusion of tonight's schedule of games until further notice. The NBA will use this hiatus to determine next steps for moving forwards in regard to the coronavirus pandemic."

There was chaos in Oklahoma City, where starting line-ups were announced and players braced for tip-off in front of fans before the matchup was suddenly called off midweek.

"Unforeseen circumstances" were cited following a public address inside the arena after officials were seen in conversation before players left the floor.

A Thunder medic reportedly ran onto the court, sparking a discussion with officials.

It comes after the Golden State Warriors announced their game against the Brooklyn Nets would be played behind closed doors on Thursday.

The Warriors' decision followed on from the City and County of San Francisco announcing on Wednesday that any gatherings of 1,000 people or more would be prohibited for two weeks in an attempt to combat the spread of the virus.

As of Wednesday, there have been more than 1,300 cases of coronavirus and 38 deaths in the United States.

Arsenal-City game called off with players in self-isolation