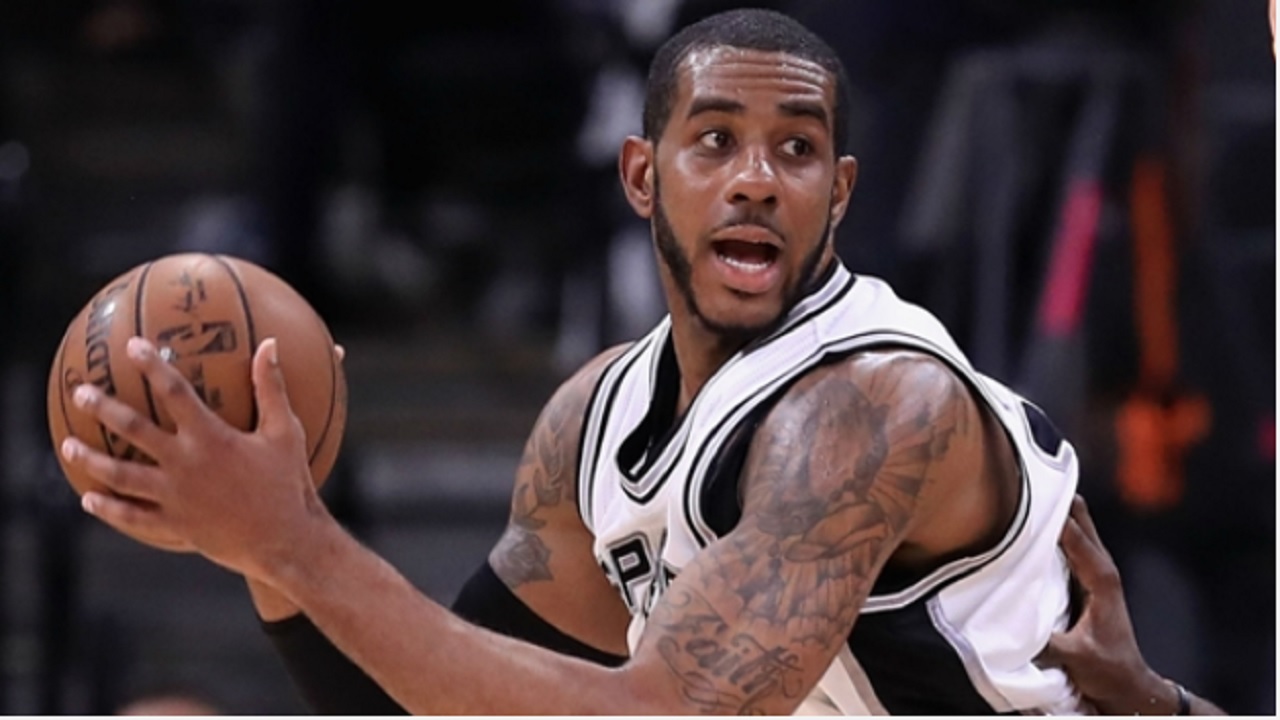 The San Antonio Spurs showed once again that despite their struggles this NBA season, they are still a very dangerous team.

The Spurs got 25 points and 11 rebounds from LaMarcus Aldridge to beat the visiting Thunder 103-99 on Thursday and pull into a fourth-place tie with Oklahoma City in the Western Conference standings. Both teams are 44-32 with six games remaining.

With playoff seeding on the line, both teams wanted this game. Yet the Spurs arguably needed it more, after dropping their last two. The team's struggles of late have been well-documented, with superstar Kawhi Leonard sidelined most of the season by injury. San Antonio are headed for their lowest regular-season win total in almost two decades.

No wonder coach Gregg Popovich and the Spurs feel the bottom has fallen out, considering their standard of excellence. Yet while Leonard remains sidelined, the Spurs still have weapons. Aldridge carried the team with 19 points in the first half as the Spurs took a 59-56 lead. While Aldridge – who played with a knee contusion – tailed off in the second half, he came up huge with a spin and dunk on Steven Adams with just less than a minute remaining.

There were encouraging signs for the Thunder despite the loss, Paul George and Carmelo Anthony snapped out of mini-slumps. George, who had been 0 for 13 from three-point range (seven of 31 overall) in the Thunder's last two games, scored 26 points. Anthony, who had missed all nine of his three-point attempts in those two games, hit all three long-range attempts against the Spurs and finished with nine points.

Andre Drummond scored 24 and grabbed 23 rebounds to key the Pistons' 103-92 victory over the Wizards. It was his seventh 20-20 game this season.

Kevin Durant was ejected just before half-time and Golden State's defense could not slow Giannis Antetokounmpo (32 points) and the Bucks in a 116-107 loss. The Stephen Curry-less Warriors have now lost three of their last four games. With the Warriors' loss, the Houston Rockets clinched the number one seed in the West.

Must-win games are good entertainment, and this is a must-win for the Clippers, who are still on the playoff bubble. The Trail Blazers' backcourt duo of Damian Lillard and CJ McCollum are averaging a combined 48.6 points per game, but the Clippers have their own backcourt scoring machine in super sub Lou Williams (22.7 points per game).