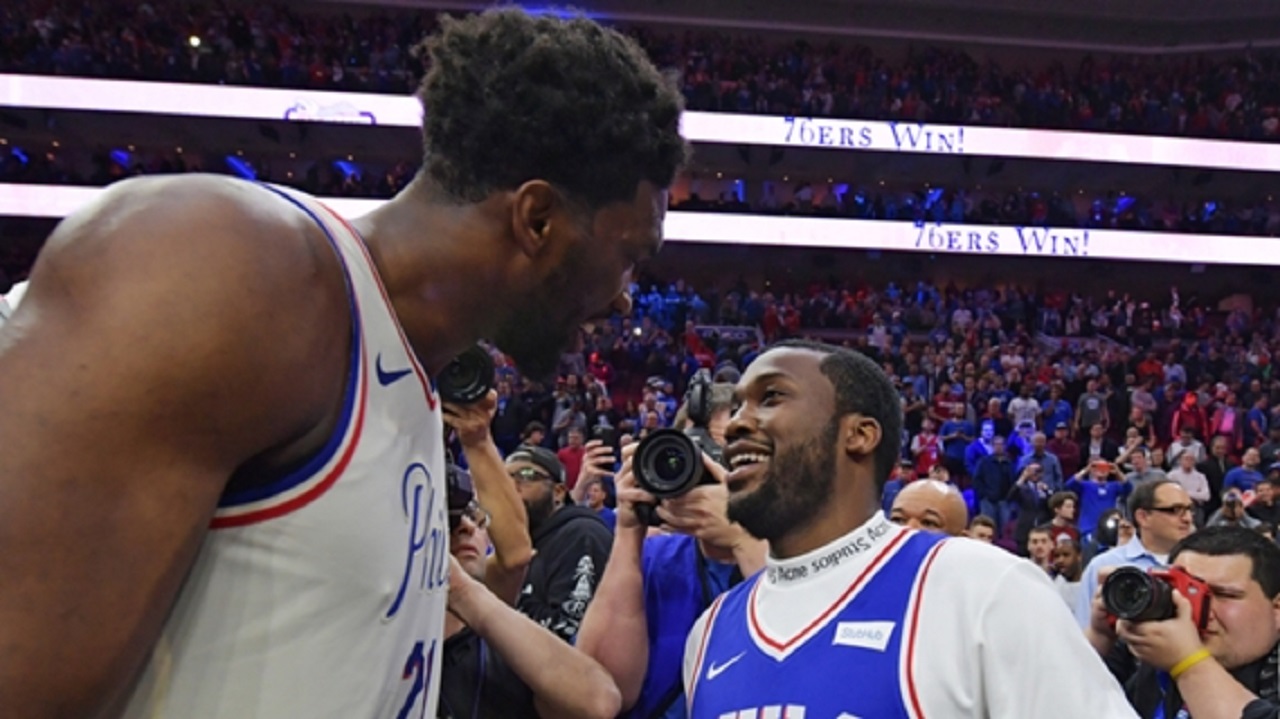 The Philadelphia 76ers beat the Miami Heat 104-91 behind 27 points from J.J. Redick to win their NBA playoff series 4-1 on Tuesday.

While the final game was as chippy as all the others this series, this was about Philadelphia taking the next step.

"We play the way we want to play, and that's sharing the ball," Joel Embiid told reporters. "We're the best defensive team in the league. We feel like we're unstoppable."

In Boston, the Celtics claimed a highly contested 92-87 win over the Bucks to go up 3-2 in the series. The Celtics desperately needed to win as the home team have won all five games in the series and the matchup heads back to Milwaukee on Thursday.

Game five marked the return of Marcus Smart, who had not played in a game since March 11 after recovering from right thumb surgery. Smart wasted no time in making an impact as he was diving for a loose ball almost immediately, but he also had a critical assist late in the game which put Boston's lead out of reach.

In Oakland, the Spurs hung around as long as they could, but the Warriors were just too much in a 99-91 win to seal a series victory at 4-1.

Klay Thompson showed up to play from the beginning as he led all scorers with 17 points in the first half. He finished with 24 and also became just the third Warrior in history to hit 600 postseason field goals, joining Rick Barry and Stephen Curry. Golden State will now face off with the Pelicans in the Western Conference semifinals.

Al Horford had 22 points and 14 rebounds and a key bucket in the final minute. Giannis Antetokounmpo had 16 points, 10 rebounds and nine assists. Khris Middleton also had 23 points for the Bucks.

LaMarcus Aldridge did all he could to get the Spurs a win with 30 points, 12 rebounds and a perfect 14 of 14 from the free-throw line. Draymond Green had 16 points, 19 rebounds and seven assists for Golden State.

Heat center Hassan Whiteside went 0 for four from the floor with two points and five rebounds in just 10 minutes of play as he was in foul trouble early once again.

WIZARDS AT TORONTO, PACERS AT CAVS

These two series have been intense already and they only look to get more heated down the stretch as they come down to best-of-three.