NBA: Rozier stars as Celtics ease past 76ers in game one 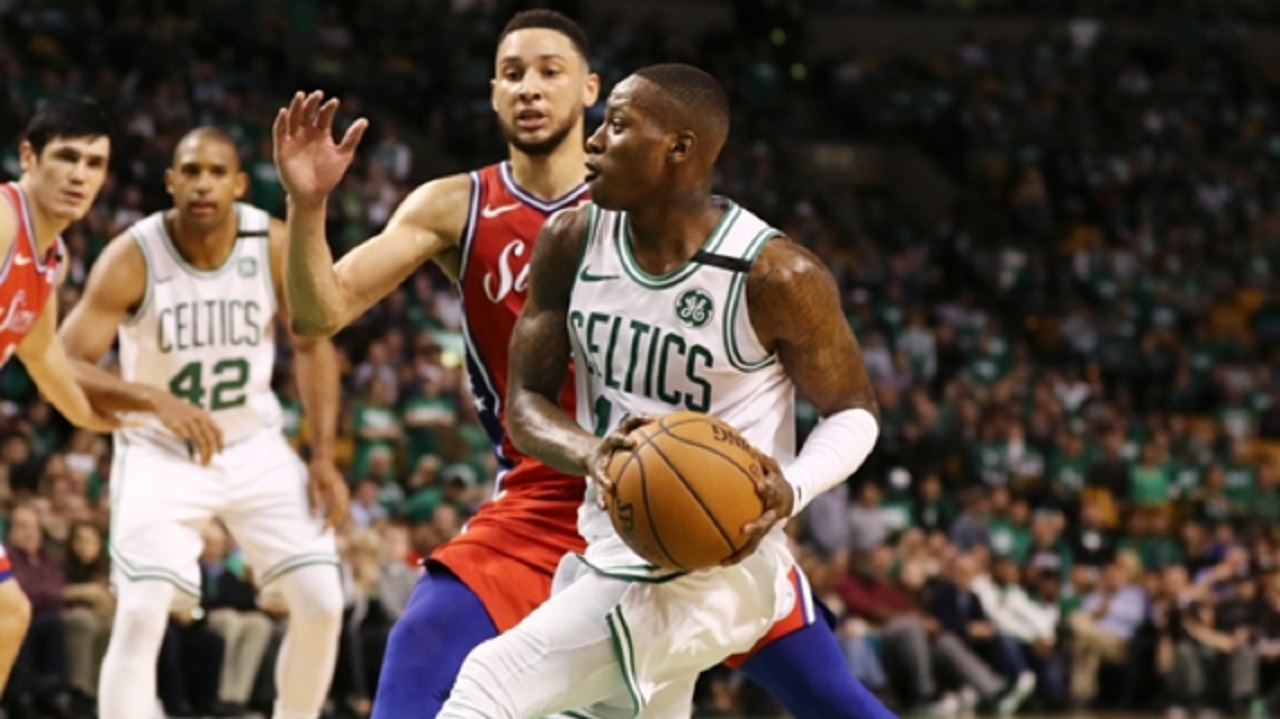 Terry Rozier of the Boston Celtics.

The Boston Celtics flexed their muscles at home to earn a 117-101 win over the Philadelphia 76ers in game one of their NBA Eastern Conference semi-final.

Boston, playing without shooting guard Jaylen Brown who was ruled out minutes before the game, had three players step up in his absence on Monday.

Injuries have plagued this elite team all season, but it has never really seemed to bother them. The Celtics have lost the likes of Hayward, Irving, Marcus Smart and most recently Brown to injuries, forcing them to change their tactics. But every time someone goes down, someone else steps up.

Despite all the losses, Boston continue to score and shoot at a proficient rate. Injuries are never fun for coaches, but Brad Stevens has to be pleased with the way some of his younger players have stepped up this season when called upon.

76ERS STILL HAVE SOME GROWING UP TO DO

Joel Embiid is a monster on both ends of the court. The agile center scored 31 points with 13 rebounds on Monday, but the young 76ers still have something missing. Ben Simmons scored 18 points with seven rebounds and six assists, and J.J. Redick added 20 points. Still, several of Philadelphia's impact players failed to contribute in the series opener.

Guys like Dario Saric, Robert Covington and Markelle Fultz (who did not play because of coach's decision) will ultimately need to become more consistent for this team to reach their full potential. It could happen this series. It could never happen. That is what makes the 76ers so exciting right now.

DEFENSE STILL LIVES IN THE NBA

It can be a little difficult trying to sit through some regular season NBA games. Guys just stand around as guards drive through the lane unopposed and dunk. But the Celtics played tough defense all season, and that has continued into the playoffs.

Boston held the 76ers to just 42.2 per cent shooting, and just 19 per cent from three-point range. Tatum and Horford are great on-the-ball defenders, and Rozier has developed into a dangerous two-way player. If the Celtics continue to lock down on defense they may be hard to beat leading up to the NBA Finals.

This Eastern Conference second-round matchup gets underway on Tuesday. LeBron James and the Cleveland Cavaliers travel to Air Canada Center to face the top-seeded Toronto Raptors after surviving a seven-game battle against the Indiana Pacers. Reigning champions the Golden State Warriors, meanwhile, will be looking to take a 2-0 lead against the New Orleans Pelicans in the west.