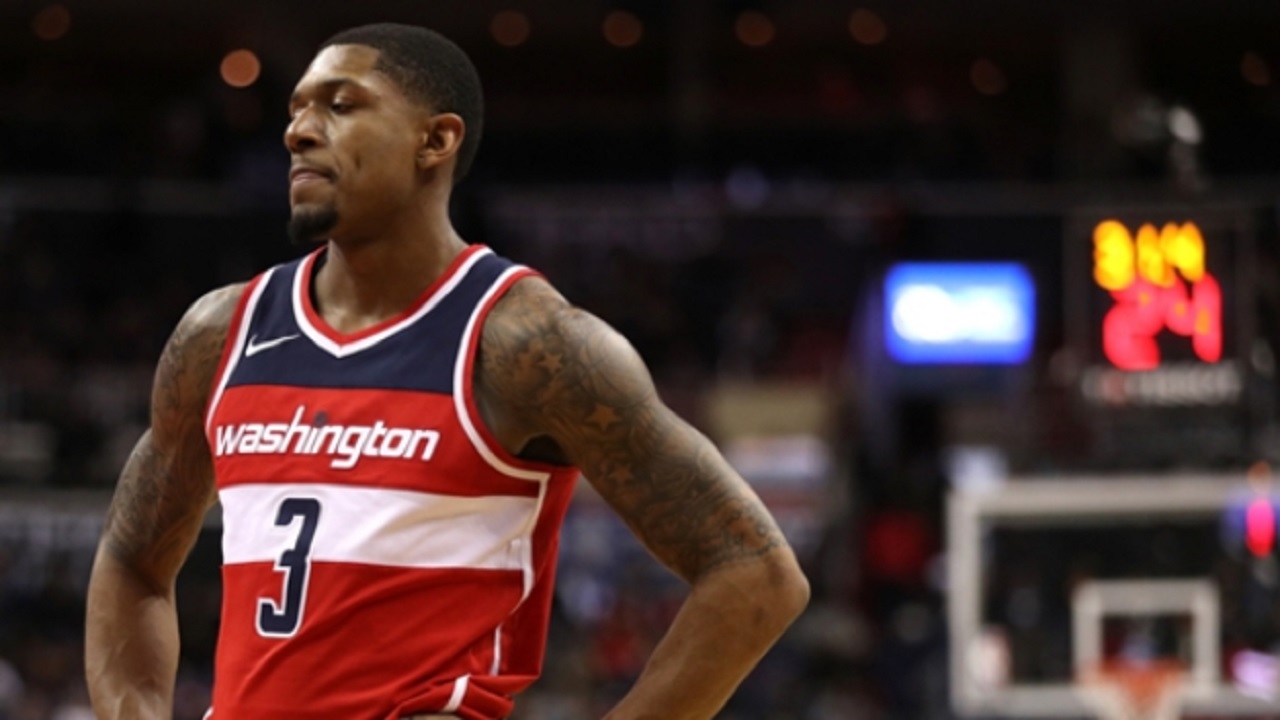 The Washington Wizards were thrashed by the Charlotte Hornets in a huge NBA loss on Wednesday.

After a game in which the Wizards allowed the Hornets to score a franchise record for points in a half (77) and in regulation (133), guard Bradley Beal could only describe head coach Scott Brooks' demeanour in one way – "pissed".

The Wizards fell to the Hornets 133-109 in an effort Brooks could only call into question.

The only time the Wizards seemingly showed any fight in this game came in the fourth quarter when reserve guard Tim Frazier nearly came to blows with Hornets backup Michael Carter-Williams.

Frazier was so infuriated he had to be held back by officials and his own coaches. The guard was ejected after just three minutes on the court.

Klay Thompson scored 38 points on 12-of-22 shooting including seven of 13 from three-point range in the Warriors' 119-112 win over the Bulls. He also became the first player in the NBA to hit 150 three-pointers this season.

Spurs guard Patty Mills hit a season-high seven three-pointers to go with 25 points off the bench as San Antonio dropped the Nets 100-95. Mills went seven of 10 from the floor and seven of eight from three-point range.

Anthony Davis scored just eight points on two-of-eight shooting in the Pelicans' 94-93 loss to the Hawks. Davis' eight points was his lowest total while playing at least 20 minutes since January 2015.

Donovan Mitchell is quickly becoming a favourite to win Rookie of the Year, but he also may be closing in on a berth in the dunk contest.

Houston are second in the West and Minnesota are fourth, but they are also two teams with a lot to prove right now. Houston just lost to the Clippers and the Timberwolves fell to the Magic, who own the worst record in the NBA. The Rockets will not have Trevor Ariza and Gerald Green after the NBA suspended the two for two games apiece for their role in a locker room incident after losing to the Clippers on Monday.

NBA ROUND UP: Durant continues dominance over Cavs as Warriors win