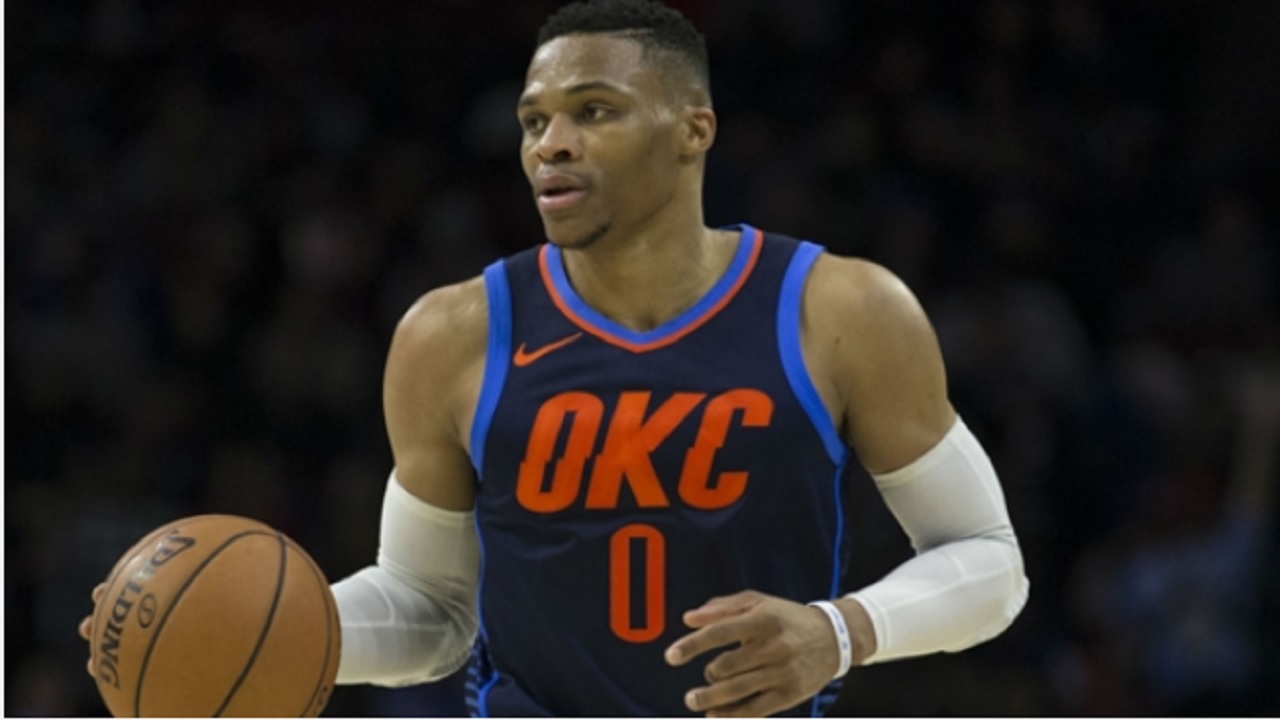 Three was the magic number for Russell Westbrook as he led the Oklahoma City Thunder past the 76ers in Philadelphia on Friday.

The Thunder (14-14) won 119-117 in triple overtime, and Westbrook recorded yet another triple-double by scoring 27 points with 18 rebounds and 15 assists. Westbrook is now averaging a triple-double against the 76ers dating back to the 2013-14 season.

Paul George and Carmelo Anthony chipped in with 24 points apiece, and the three stars accounted for 23 of the Thunder's 25 points in extra time.

Joel Embiid carried the 76ers (14-14) back from an eight-point half-time deficit, scoring a game-high 34 points with eight rebounds and six assists, but it was not enough to stop them from picking up their fifth loss in six games.

Embiid then called out Westbrook after the game, saying the reigning MVP benefits from taking so many shots. Westbrook only hit 10 of 33 from the floor.

After a rocky start, the Thunder have now won six of their last eight games.

Chris Paul led the Rockets to a statement 124-109 win over the Spurs by scoring 28 points on five-of-nine shooting from beyond the arc with eight assists and seven steals. Paul helped the Rockets jump out to a 15-point half-time lead, and they never looked back.

The Jazz lost Derrick Favors and Rudy Gobert early to injuries, but still found a way to beat the Celtics 107-95 on the road. Ricky Rubio scored 22 points with seven rebounds and five assists, and Donovan Mitchell added 17 points and nine assists.

Magic forward Aaron Gordon might be feeling cursed. After getting cleared from the concussion protocol before Friday's game, he was forced to leave the Magic's 95-88 loss to the Trail Blazers early with a right calf strain.

What does Paul George do after a triple-overtime win? Sign someone's shoes, of course

Fresh off a hard-fought road win in Boston, the Jazz now head to Cleveland to face the red-hot Cavaliers. LeBron James has been on a mission lately, helping the Cavs storm back into second place in the East. Kevin Love enters the game fresh off two straight double-doubles, so the short-handed Jazz have their work cut out for them.