NBA ROUND UP: Thunder bounce back to beat Timberwolves 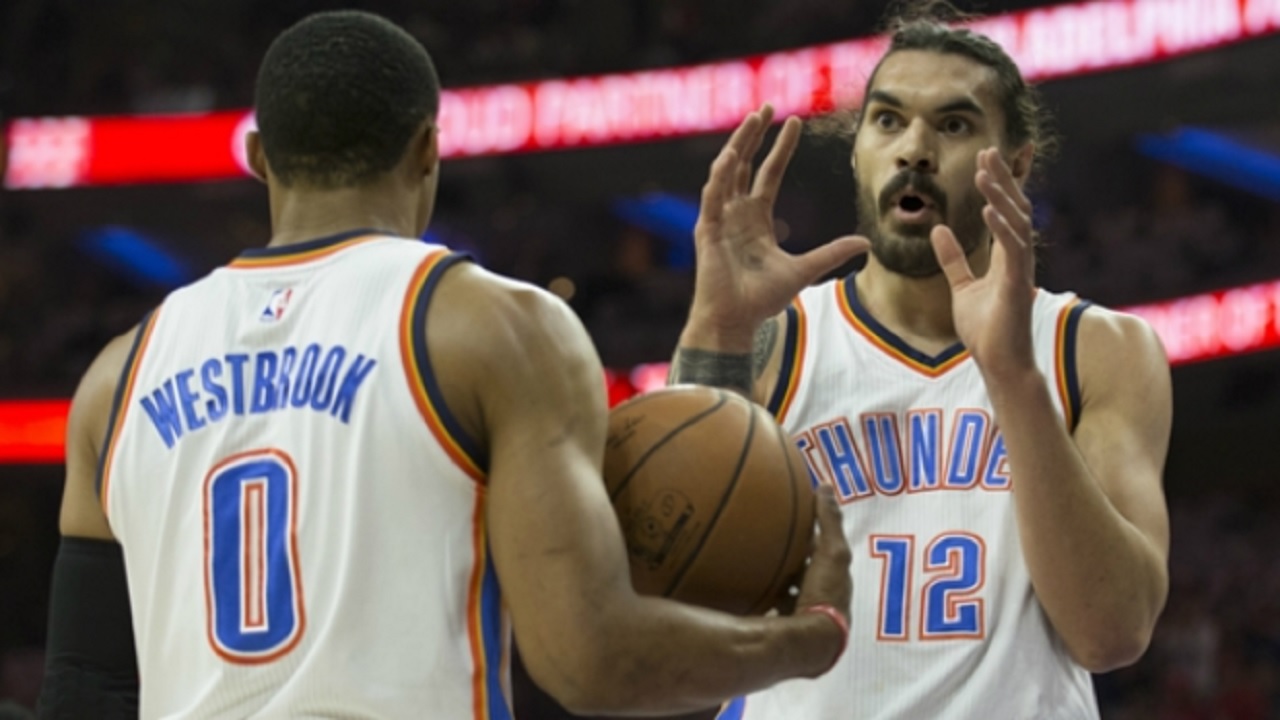 The Oklahoma City Thunder (OKC) bounced back in the NBA, beating the Minnesota Timberwolves 111-107 on Friday.

Oklahoma City finally got Paul George involved, and with a perfect night from Steven Adams, the Thunder were able to bounce back with just their second win in their last seven games.

Adams had a career night with 27 points on 11 of 11 shooting from the field and five of five shooting from the free-throw line. His effort drove the Thunder to a victory, but making the feat even more impressive, the New Zealander had to wear a brace on his hand throughout the night because he jammed his thumb in OKC's last game.

"Maybe we should jam both of his thumbs," head coach Billy Donovan joked after the game.

As good as Adams was on the scoring front, George was even better. The Thunder forward had a game-high 36 points on 10 of 21 shooting with nine assists and four rebounds. After making a mere two field goals in the second half of Wednesday's loss to Orlando, George was determined to have a better performance Friday.

Jazz rookie Donovan Mitchell is quietly becoming Utah's best scoring threat, and with a 41-point night on 13 of 25 shooting, Mitchell led his team to a 114-108 win over the Hornets.

It will probably never be said that the Pacers got the better end of the George trade for Victor Oladipo and Domantas Sabonis, but Oladipo is certainly shining in Indiana. On Friday, he scored 36 points on 14 of 22 shooting with seven rebounds and six assists in the Pacers' 120-115 loss to the Raptors. Oladipo is averaging 22.8 points and 5.0 rebounds per game this year.

Spurs guard Danny Green took what Adams did and decided to do the opposite. He went 0 for four from three-point range and 0 for seven overall in a 95-79 win over the Grizzlies.

The Warriors dominated the Magic 133-112 Friday, and they did so with 46 assists, one shy of the franchise record. Stephen Curry found Kevin Durant, who gave up the alley-oop to Jordan Bell.

It is one of the best backcourts in the league with Damian Lillard and CJ McCollum for Portland against one of the best frontcourts with DeMarcus Cousins and Anthony Davis for New Orleans. The Pelicans did lose Davis to a groin injury late in their matchup with the Jazz Friday, but if he is healthy Saturday, the game presents an interesting contrast of skill sets.