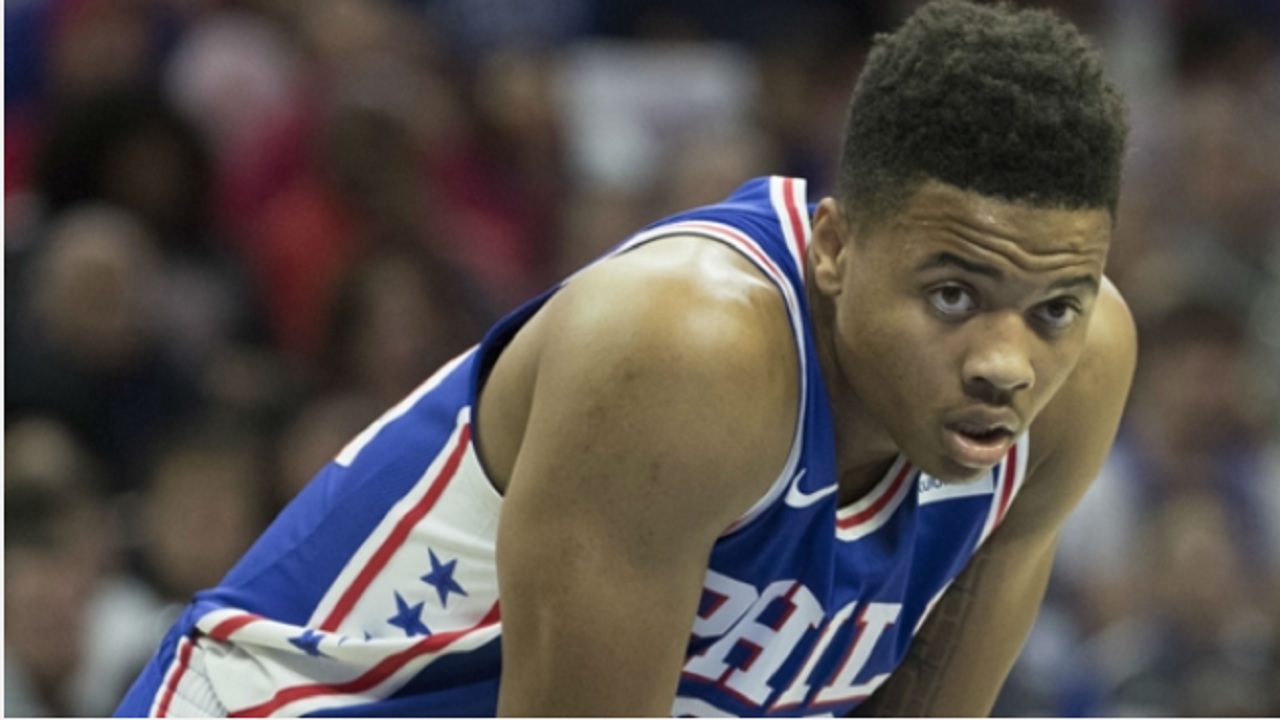 Philadelphia 76ers fans were already excited before Monday's 123-104 home win over the Denver Nuggets, thanks to the return of number one overall pick Markelle Fultz.

Fultz had been out since October with a shoulder injury, but he returned to score 10 points with eight assists in his first game back in the NBA.

Philadelphia fell behind by eight points at half-time, but charged ahead in the third quarter, outscoring Denver 34-15.

The 76ers cemented their seventh successive win with a big fourth quarter.

Will Barton led the Nuggets with 25 points, but star Nikola Jokic was held to just 14 points and seven rebounds.

With the victory, the 76ers remain fourth in the Eastern Conference standings, one game behind the Cleveland Cavaliers.

The Nuggets' loss was softened by the Minnesota Timberwolves' shock 101-93 defeat to the bottom-dwelling Memphis Grizzlies. However, Denver remain ninth in the Western Conference.

Playing against the team that drafted him, Los Angeles Lakers guard Kentavious Caldwell-Pope scored just 13 points on five-of-17 shooting (three of 10 from three-point range) in a 112-106 loss to the Detroit Pistons. Lonzo Ball led the Lakers with 15 points, 11 assists and eight rebounds, but Caldwell-Pope couldn't find the same success.

The 19-year-old showed off his top-overall pick skills against the Nuggets.

Victor Oladipo and the Indiana Pacers have surprised this season thanks to balanced scoring and team defense. Oladipo has looked like the best player in the Paul George trade, and could lead Indiana to playoff success. Reigning NBA champions the Golden State Warriors have lost three of their last five games and now will likely be without Stephen Curry through the first round of the playoffs.