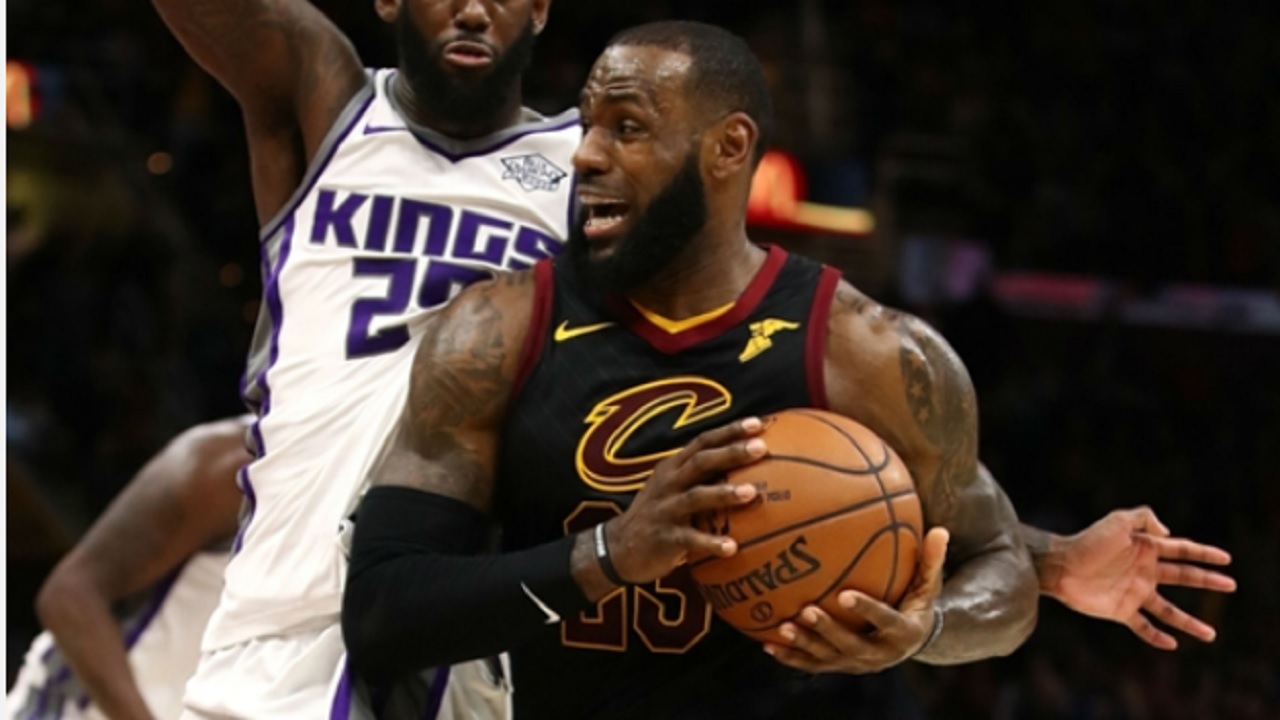 The in-form Cleveland Cavaliers extended their winning streak to 13 games by downing the Sacramento Kings 101-95 in the NBA, while reigning champions the Golden State Warriors saw off the Charlotte Hornets.

Cleveland had to rally from a 14-point deficit in the third quarter and it was a clutch shot from LeBron James that made the difference on Wednesday.

Cleveland's playoff nemesis the Warriors did not have any trouble against the Hornets despite playing without Stephen Curry and Draymond Green.

Kevin Durant stepped up in a 101-87 win with his first triple-double of the season.

Durant had 35 points, 11 rebounds and 10 assists, while Klay Thompson scored 22 as Golden State won their fifth successive game after tasting consecutive defeats against the hapless Kings and the Los Angeles Lakers.

With Anthony Davis out for the New Orleans Pelicans, DeMarcus Cousins came through in a big way during a 123-114 win over the Denver Nuggets. Cousins had 40 points, 22 rebounds, four blocks, and four assists. It was Cousins' second 40-point, 20-rebound game of the season. He is the only player in the NBA this season with one such game.

IT GOES FROM BAD TO WORSE FOR THE BULLS

The Chicago Bulls became the first team to hit 20 losses this season after blowing a 16-point half-time lead to the Indiana Pacers. Chicago, who are just 3-20 for the season, scored a mere 13 points in the fourth quarter as Indiana earned their 14th win of the campaign.

The nightcap of Thursday's four-game slate features two red-hot playoff contenders in the West. The Utah Jazz have won six of their last seven, while James Harden has the Houston Rockets winners of their past seven. The first time these teams met this season, Harden dropped a career-high 56 points.

NBA ROUND UP: Celtics win despite Antetokounmpo's offensive explosion

NBA ROUND UP: Thunder bounce back to beat Timberwolves