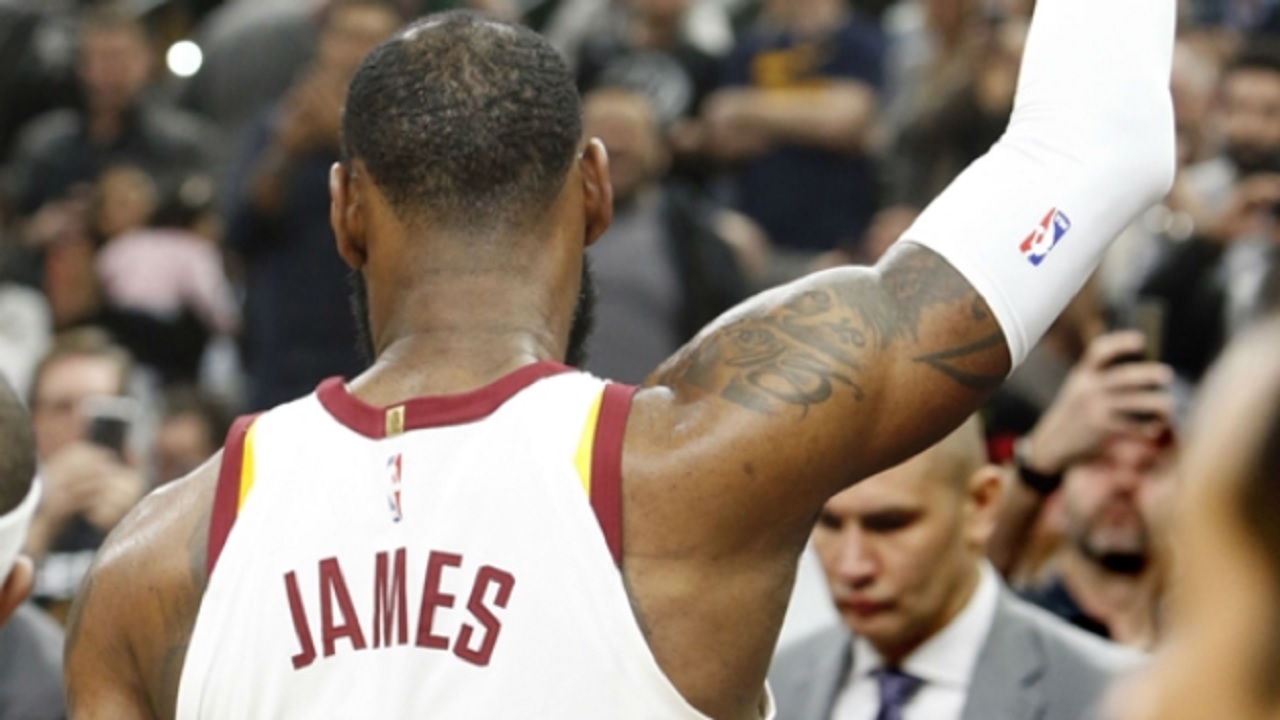 The Cleveland Cavaliers have endured a tumultuous stretch, but LeBron James inspired a 91-89 victory over the Miami Heat in the NBA on Wednesday.

James scored a game-high 24 points with 11 rebounds and five assists for the Cavaliers, who were upstaged by the Detroit Pistons on Tuesday.

Even though the Cavaliers shot 35 per cent from the floor — their worst in a regular-season win since James returned to Cleveland — they were able to stifle the Heat defensively, limiting Miami to 10.7 per cent shooting from beyond the arc.

Goran Dragic led the Heat with 18 points and six assists. Hassan Whiteside, who has become the subject of trade rumours, added nine points and eight rebounds.

Cleveland have now won three of their last four games, while the Heat remain fourth in the Eastern Conference standings.

C.J. McCollum posted his 50-point game in a 124-108 win over the Chicago Bulls. McCollum broke a Portland Trail Blazers record with 28 points in the first quarter, and never really slowed down. He shot 18 of 25 from the field. McCollum also became the first player since Klay Thompson to score 50 points in less than 30 minutes.

Boston Celtics guard Terry Rozier scored 17 points with 11 rebounds and 10 assists in a 103-73 rout of the New York Knicks. Earning a rare start, Rozier completed his first triple-double of the season.

COVINGTON POOR ACROSS THE BOARD

Philadelphia 76ers forward Robert Covington was a do-it-all type player last season, racking up stats on both ends of the court. He was quiet on Wednesday, though, scoring just six points in 32 minutes while failing to accumulate more than one rebound, assist, steal or block as the Sixers lost 116-108 to the Brooklyn Nets.

WALKER LIGHTS IT UP FROM DOWNTOWN

Charlotte Hornets star Kemba Walker was hot from beyond the arc. Walker made nine three-pointers en route to 38 points in a 123-110 win over the Atlanta Hawks.

Winners in six of their last seven games, the Houston Rockets have rediscovered their offensive form after a brief lull. James Harden is playing at an MVP level, and Chris Paul has settled in nicely to compliment Harden in the backcourt. Injuries have derailed the San Antonio Spurs' momentum, but Dejounte Murray is an exciting player.