NBA preview: How Westbrook and Harden evolved since Thunder days 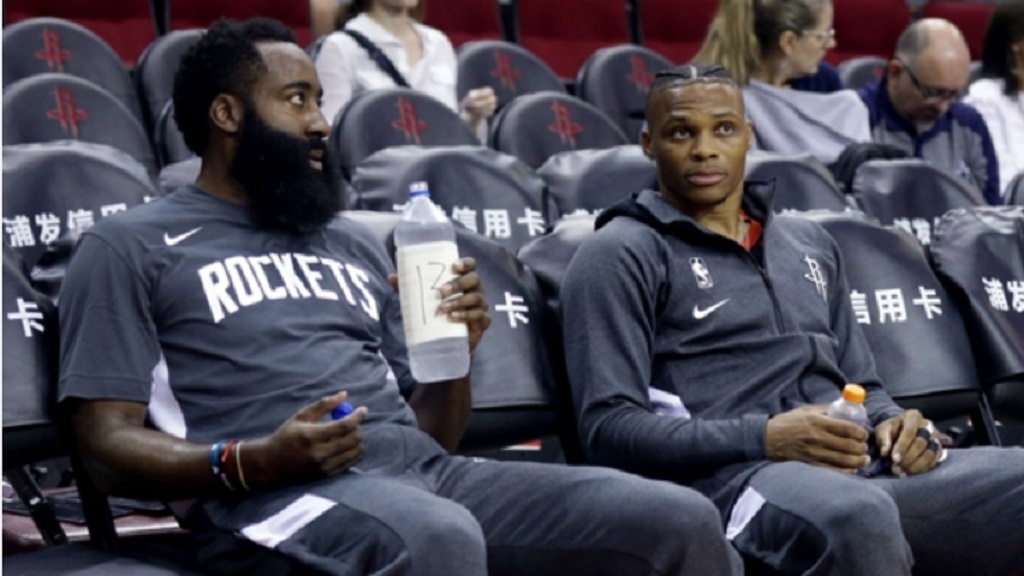 Russell Westbrook and James Harden will be team-mates once again in this NBA season, and the Houston Rockets pair have certainly evolved since their days together at the Oklahoma City Thunder.

It has been seven years since Westbrook and Harden wore the same NBA uniform, a series-deciding Game 5 loss to the Miami Heat in the NBA Finals when the duo each scored 19 points.

Harden's contribution came from the bench - as it often did that season - and he soon moved to Houston to become the main man, a distinction he will be expected to keep despite Westbrook's arrival this offseason.

Here, using Stats Perform data, we look at how productive Westbrook and Harden were together in OKC, and how their roles have changed since.

Ten-time All-Star Kevin Durant was on the roster then too, of course, but a deeper dive into the numbers shows just how much better offensively the Thunder were in that campaign when Westbrook and Harden shared the floor.

Perhaps unsurprisingly, there was a drop-off defensively when Westbrook and Harden were on court together, as OKC conceded more points on average per 100 possessions (103.4 to 97.8).

In the 2011-12 season, Harden's last with the Thunder, 'The Beard' was voted the NBA's Sixth Man of the Year for his performances off the bench, when he averaged 16.8 points per game.

That first year in Houston, Harden averaged a whopping 25.9 points per game – the increase of 9.1 representing the fourth-largest jump of all time among players who switched teams after averaging at least 15 points per game in the previous season.

Moreover, among all Sixth Man of the Year winners, Harden has the five highest scoring seasons of all time - including last term, when he poured in 2,818 points in 78 games at a staggering average of 36.1.

It was after Durant's departure for the Golden State Warriors in 2016 when Westbrook ascended from second fiddle to superstar.

That season - when Westbrook was named the league's MVP - he averaged a triple-double, a feat he also achieved in the following two campaigns, despite Paul George's presence on the Thunder's roster between 2017 and 2019.