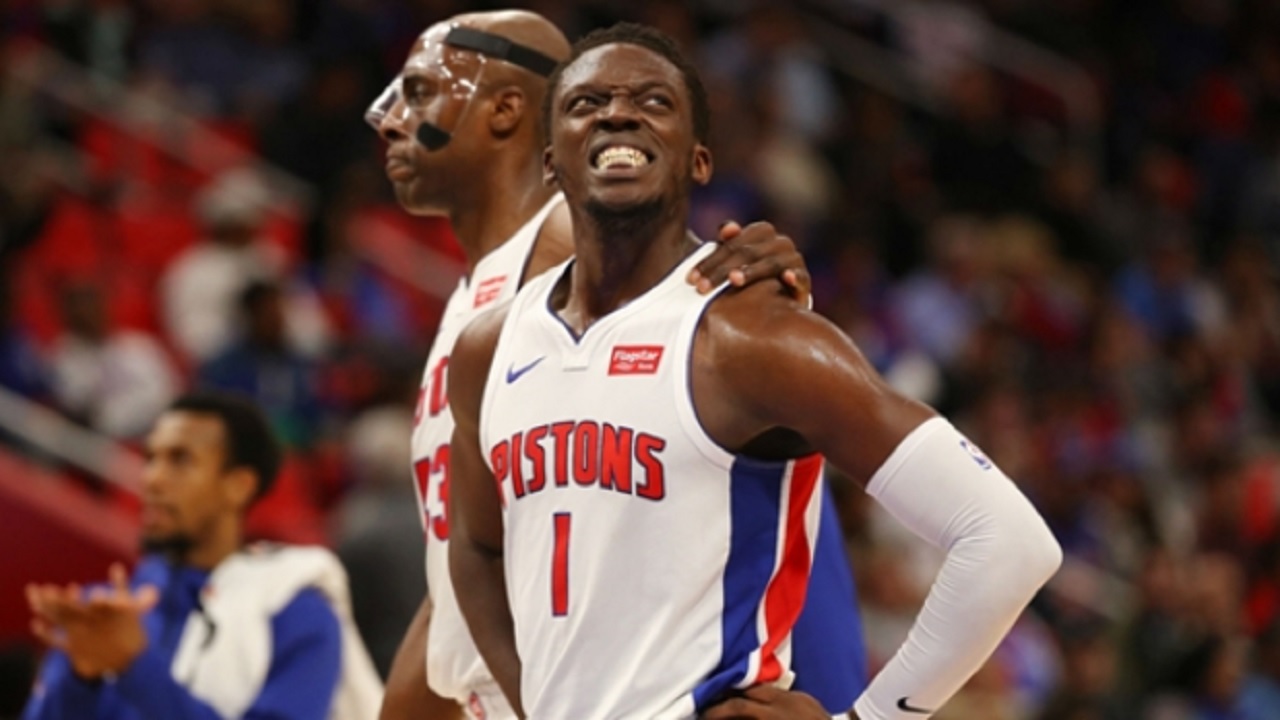 Tobias Harris scored 30 points and Andre Drummond added 21 to lead the Detroit Pistons to a comprehensive 107-83 victory against the Indiana Pacers.

Tuesday's NBA game caused some alarm for the Pistons, however, as guard Reggie Jackson had to be helped off the floor in the third quarter, unable to put weight on his right foot.

The team later announced Jackson had suffered a sprained right ankle, although X-rays were negative. He will be further evaluated on Wednesday.

The Pistons (19-14) have now won five of six games. They look like the same team that started the season 5-0, and nothing like the side that opened December with seven successive losses.

It has been that kind of up-and-down season for Stan Van Gundy's squad. Near the end of that losing streak, the Pistons head coach admitted he has tried to be honest with his players about their performance.

Detroit are fourth in the Eastern Conference. Making the playoffs would be a nice coup for a franchise that finished 37-45 last season and has posted losing records in eight of the past nine seasons.

Nikola Mirotic had 24 points and eight rebounds in the Chicago Bulls' 115-106 win over the Milwaukee Bucks. Coincidence or not, the Bulls have gone 8-2 since Mirotic returned to the line-up after missing the first 23 games of the season because of injuries suffered in a fight with team-mate Bobby Portis. The Bulls started the season 3-20 with Mirotic sidelined.

Toronto Raptors star DeRozan averaged 34 points per game in three contests last week to win Eastern Conference player of the week honours, but was ice cold in a 98-83 loss to the Dallas Mavericks, scoring only eight points on three-of-16 shooting.

CHANDLER WITH THE LAST-GASP DUNK!

With less than a second remaining, Tyson Chandler took a lob from Dragan Bender to throw down a game-winning dunk in the Phoenix Suns' 99-97 win over the Memphis Grizzlies.

The Raptors have won 12 of 14 games behind leading scorer DeMar DeRozan, while reigning MVP Russell Westbrook has led the Oklahoma City Thunder to wins in seven of their last eight.