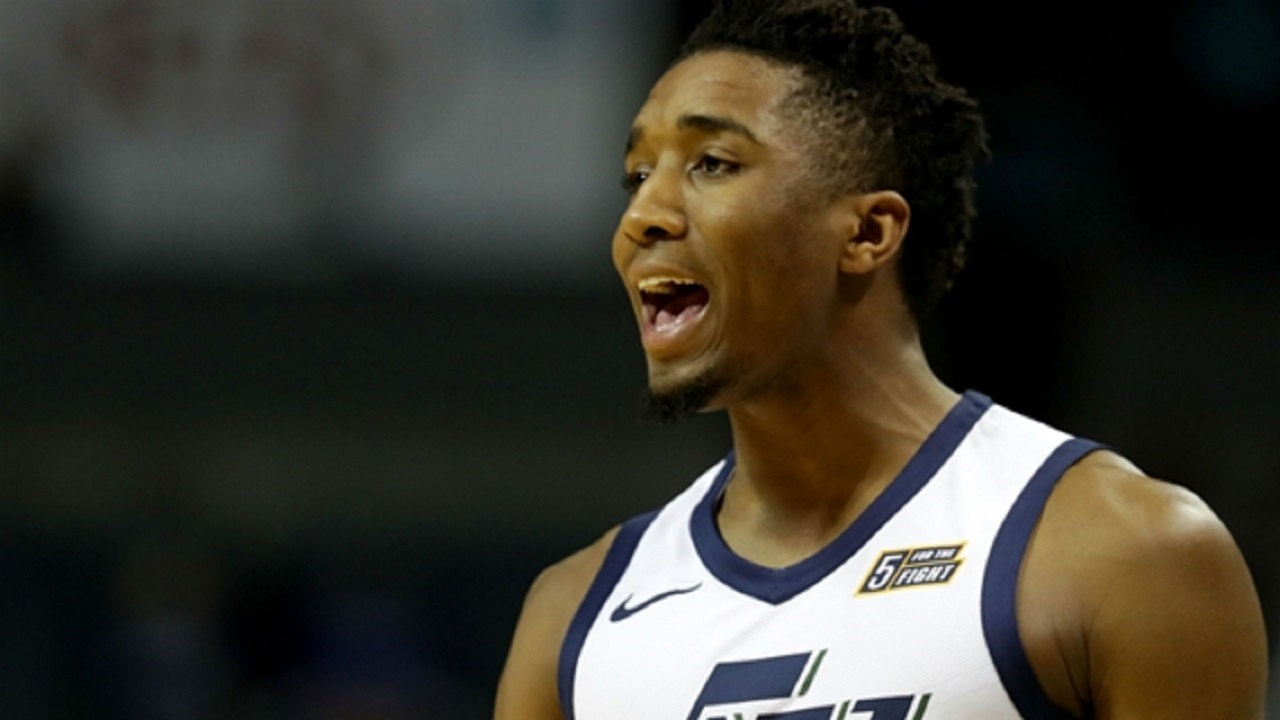 The Utah Jazz moved one win closer to the number three playoff seed in the Western Conference with a crushing 119-79 win over reigning NBA champions the Golden State Warriors.

Rookie of the Year candidate Donovan Mitchell posted 22 points for the high-flying Jazz on Tuesday.

Mitchell also set a rookie record for three-pointers, having gone four of five beyond the arc to take his season tally to 186 successful threes – surpassing Damian Lillard's record.

Klay Thompson scored 23 points for the Warriors -who are locked into the second spot in the west – while Kevin Durant added 13 points of his own.

Despite the poor showing, Golden State could benefit from the loss because they avoid playing both Utah and the Oklahoma City Thunder in the first round of the playoffs.

The Jazz will earn the third seed with a win over the Portland Trail Blazers on Wednesday.

Behind 28 points from JJ Redick, the Philadelphia 76ers captured a franchise-record 15th consecutive win with a 121-113 victory against the Atlanta Hawks. The playoffs cannot come soon enough for a red-hot Philadelphia team which can secure the third seed in the east with a win over the Milwaukee Bucks on Wednesday.

Philadelphia's winning streak may seem impressive but they have beat just three teams above .500 (all at home) during the streak.

The Boston Celtics are locked into the second playoff seed in the east but are carrying little momentum into the postseason after dropping their fourth game in the past week. Boston fell to the Washington Wizards 113-101, despite Jaylen Brown's 21 first-quarter points.

Boston will be without Kyrie Irving for the rest of the season but the Celtics turned the ball over 17 times against the Wizards and allowed 42 points in the paint.

DANUEL BRINGS DOWN THE HOUSE

Danuel House threw down an emphatic slam in the Phoenix Suns' 124-97 win over the Dallas Mavericks.

The winner of Wednesday's game on the final night of the regular season will earn the last spot in the Western Conference playoffs. Postseason seedings for each conference will also be decided after 12-game slate midweek.