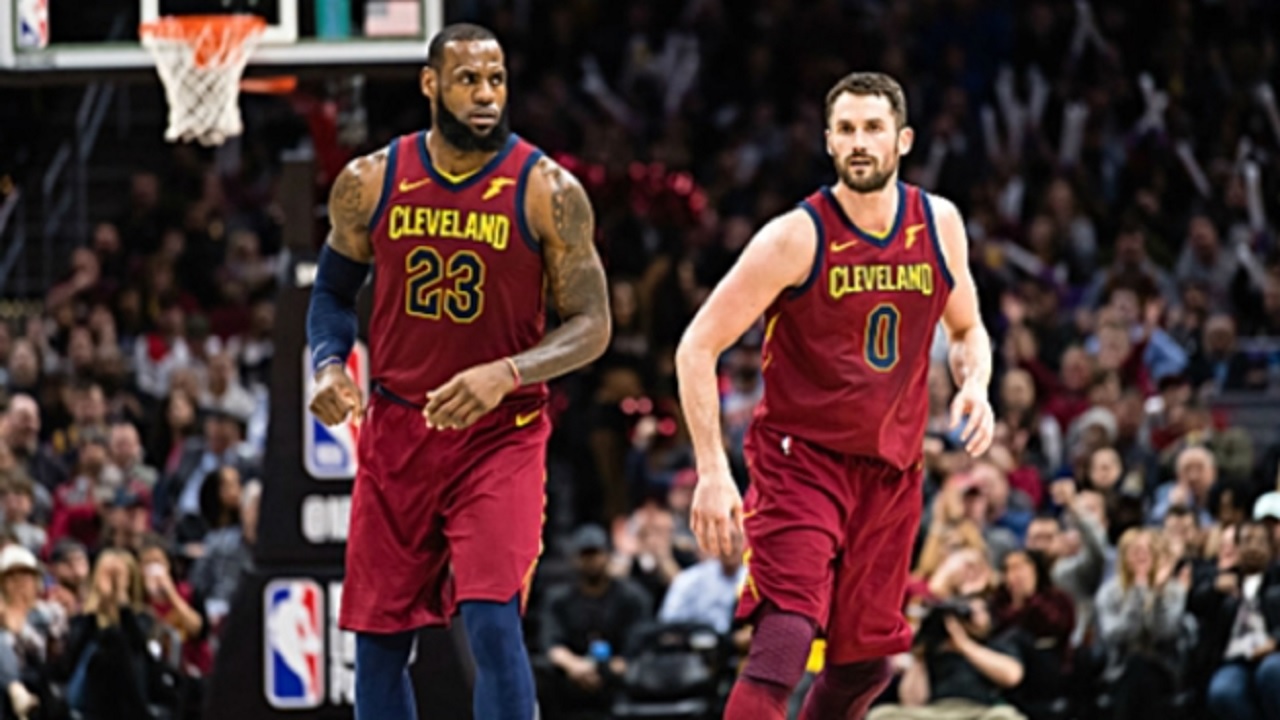 Cleveland have won nine of their last 10 games following Tuesday's victory in the NBA.

Cavs star LeBron James led the way with 27 points, 10 rebounds and six assists for Cleveland, who are third in the east with a 48-30 record.

Kevin Love added 18 points and 15 rebounds in a double-double display, while Rodney Hood put up 17 points.

Point guard Jose Calderon has been playing a lot more minutes in recent weeks and scored 19 against the Raptors.

Reigning MVP Russell Westbrook had 44 points and 16 rebounds for the Thunder.

J.J. Redick scored 19 points and Ben Simmons added 15 points and 12 rebounds to lead the Philadelphia Sixers to their 11th straight win – a 121-95 victory against the Brooklyn Nets.

Denver Nuggets center Nikola Jokic came up big in a 107-104 win over the Indiana Pacers, with 30 points, seven assists and six rebounds.

John Wall had almost as many turnovers (eight) as points (nine) and a terrible minus-18 rating in an ugly 120-104 loss to the Houston Rockets. The Washington Wizards guard, who returned to action on Saturday after being sidelined since January 25, hit three of 10 from the floor.

Dennis Smith Jr. looked like he was participating in the NBA Slam Dunk competition as he bounced an alley-oop to himself.

The Celtics are two games behind Toronto for the top seed in the Eastern Conference, so they need this game. It is surprising the Celtics are even in this position, given the rash of injuries to stars, including Kyrie Irving and Gordon Hayward. Both teams are coming off losses on Tuesday.

NBA Round Up: Rockets win 11th straight thanks to Green