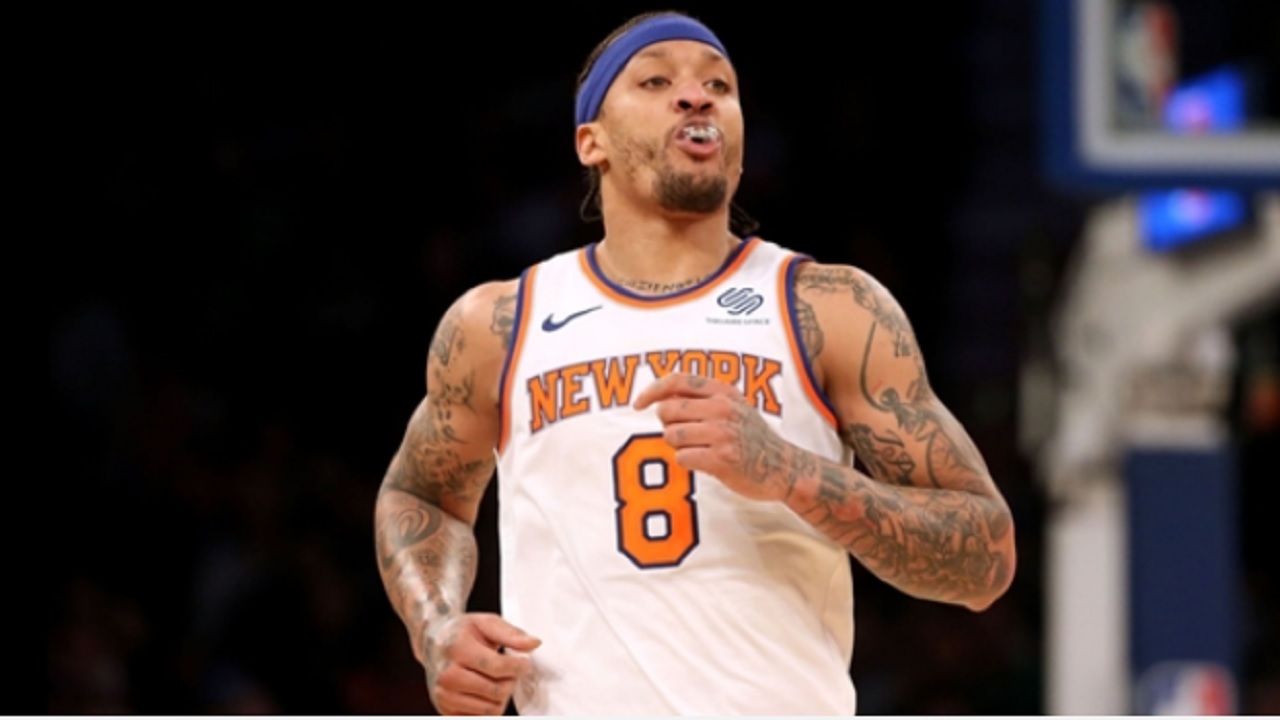 The New York Knicks upstaged the Boston Celtics, while the Toronto Raptors overturned a 22-point deficit against the Philadelphia 76ers.

Michael Beasley led the way as the Knicks defeated the Celtics 102-93 in the NBA on Thursday.

When the Celtics set out for Madison Square Garden they were expecting to see a challenge from the Knicks in the form of towering Latvian who goes by the moniker "The Unicorn" in Kristaps Porzingis.

Instead they could not withstand the onslaught of a man whose once-promising career has been shrouded in obscurity – Beasley.

Beasley, who was drafted number two overall in 2008 but has never averaged more than 19.2 points per game in a season, scored a season-high 32 points and added 12 rebounds.

What was more impressive though was he scored 28 of his points in the third and fourth quarter off the bench.

Raptors guard DeMar DeRozan went off for 45 points on 13-of-21 shooting in Toronto's 114-109 win over the 76ers. DeRozan also added five rebounds, three assists and two steals as the Raptors overturned a 22-point deficit.

LeBron James scored 34 points in addition to nine assists and six rebounds in the Cleveland Cavaliers' 115-112 win over the Chicago Bulls. Kevin Love added 27 points and seven rebounds. Cleveland are now 18-0 in the regular season when James and Love each score 25 or more points.

Phoenix Suns guard T.J. Warren scored 27 points in a 97-95 win over the Memphis Grizzlies. The 24-year-old is averaging 23.6 points per game in the seven games since Devin Booker went down with an injury.

GAME TO FORGET FOR PORZINGIS

Porzingis was historically bad for the Knicks on Thursday going 0 for 11 from the floor with just one point. The 22-year-old was the first Knicks player since Gerald Wilkins in 1990 to go at least 0 for 11 from the field in a single game.

DANIELS FOR THE WIN!

The Suns and the Grizzlies battled down to the final moments until Phoenix guard Troy Daniels nailed a three-pointer with 17 seconds left to lock up the win.

Each of the team's first two matchups of the season were nail-biters that went into overtime. Kyle Kuzma may be the most exciting rookie to watch in the NBA for the Los Angeles Lakers but the Golden State Warriors are 6-0 since Stephen Curry went down with an ankle injury.