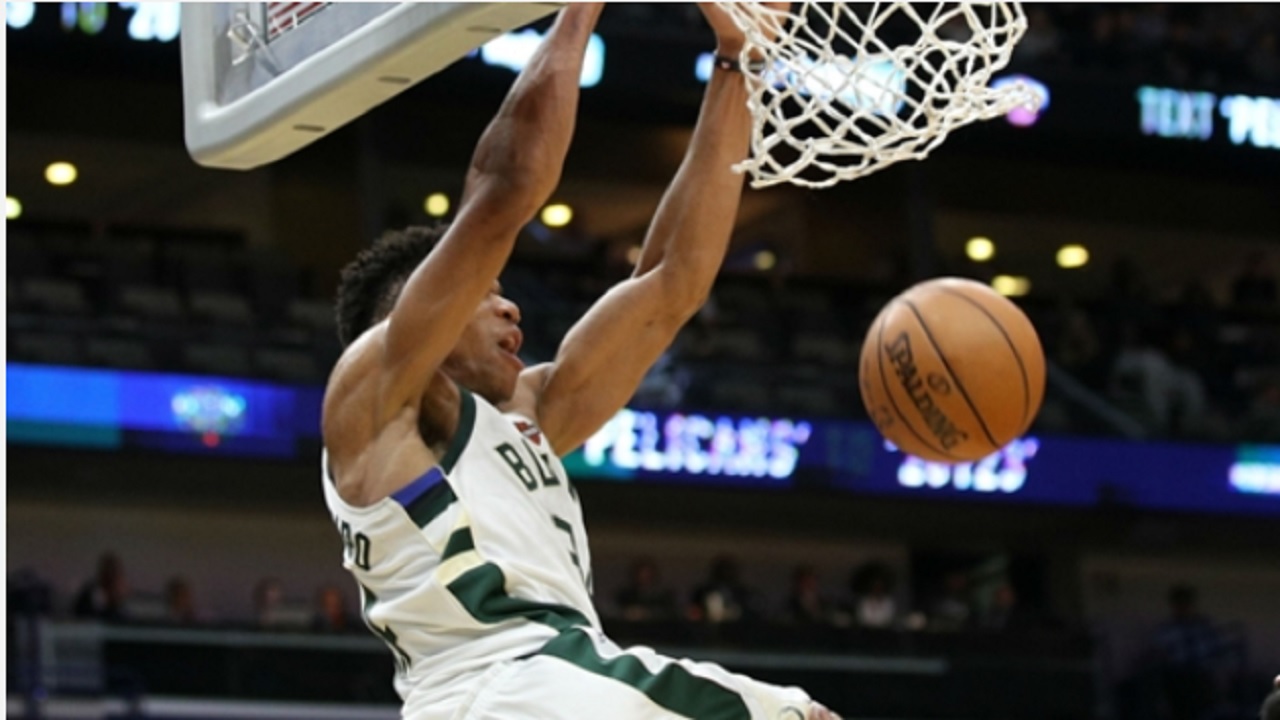 Finally starting to get healthy, the Milwaukee Bucks outlasted the Cleveland Cavaliers 119-116 in the NBA thanks to Giannis Antetokounmpo.

And it appeared the Bucks would drop another close game against an elite foe, but they did enough to hold on in the end.

MVP candidate Antetokounmpo led the Bucks by flirting with a triple-double. He scored 27 points with 14 rebounds and eight assists.

The Bucks received good news before the game even started, learning Matthew Dellavedova and Tony Snell would return from injury. Jabari Parker was also recalled to the roster after recovering from a torn anterior cruciate ligament in February.

LeBron James led the Cavs with 39 points and seven assists. But he collected just one rebound and coughed the ball up seven times. Kevin Love added 21 points and 10 rebounds for the Cavs.

The Bucks (16-13) moved to fifth in the Eastern Conference standings with the win, while Cleveland (23-9) remained second.

New Orleans Pelicans star Anthony Davis proved he was healthy by scoring a game-high 37 points with nine rebounds in a 116-106 loss to the Washington Wizards. DeMarcus Cousins added 26 points and 13 rebounds, but Washington had six players in double figures to pull out the win.

With Joel Embiid out for the second straight game due to back soreness, Philadelphia 76ers team-mate Robert Covington found himself with a golden opportunity to shine. He did not, however, scoring 17 points on five-of-19 shooting with just three rebounds and four turnovers in a 101-95 home loss to the lowly Sacramento Kings. It was Philadelphia's third consecutive loss.

AGE IS JUST A NUMBER

Vince Carter celebrates his 41st birthday in January but the Kings veteran shows no signs of slowing down.

Having watched the Cavs fall late, the Boston Celtics may be energised to pick up a win. Miami have not really been able to get anything going this season, but Goran Dragic is an underrated leader. Kyrie Irving is over his early-season shooting woes. He now just needs someone else to step up alongside him.