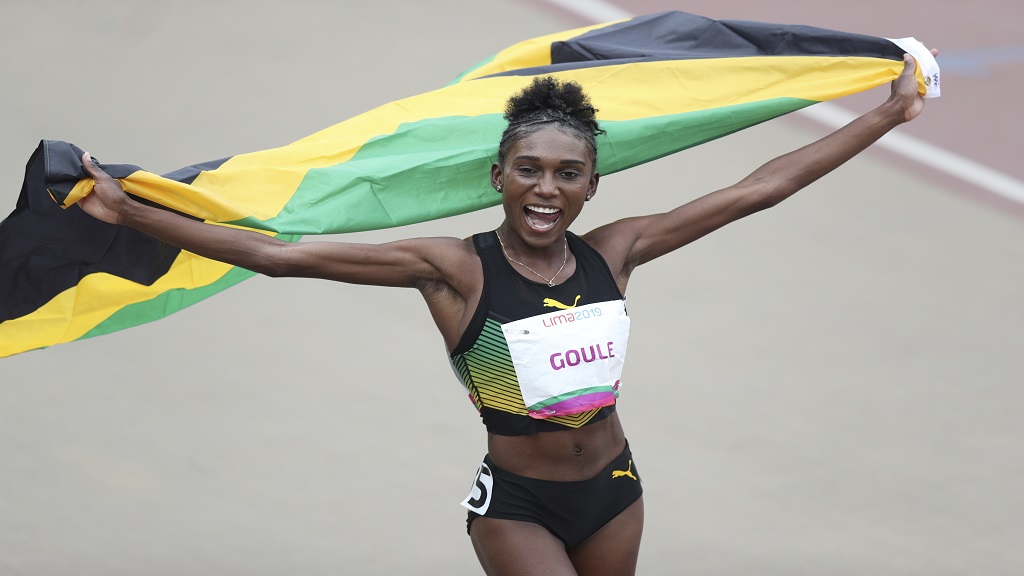 Natoya Goule of Jamaica celebrates winning the gold medal in the women's 800m during the athletics at the Pan American Games in Lima, Peru, Wednesday, Aug. 7, 2019.

It was Jamaica’s second gold medal of the Games.

Fedrick Dacres won Jamaica's first gold medal in Peru with a comfortable victory in the men's discus on Tuesday.

Earlier, Goule’s teammates Shericka Jackson and Demish Gaye advanced to their respective finals of the 400m.

Jackson eased to a comfortable 51.99 clocking, winning her heat ahead of Roxana Gomez Calderon of Cuba who clocked 52.04 and Jadie Stepter of the USA (52.17), who also advanced as automatic qualifiers to the final.

Canada’s Kyra Constantine (52.92) and Guyana’s Ailyah Abrams (52.95) also advanced to the finals from that semi-final.

Mexico’s Paola Moran won the second and final heat in 51.58, the fastest qualifying time going into Thursday's final,  while the USA’s Courtney Okolo was second in 52.31. Jamaica's Anastasia Le-Roy failed to progress after finishing seventh in 54.18.

In the men's semi-finals, Gaye (45.47) progressed to the final after finishing third in the second heat behind Colombia's Anthony Zambrano (45.13) and Grenada's Bralon Taplin (45.38).

The other Jamaican Terry Thomas did not progress after finishing seventh in the first semi-final 46.97.