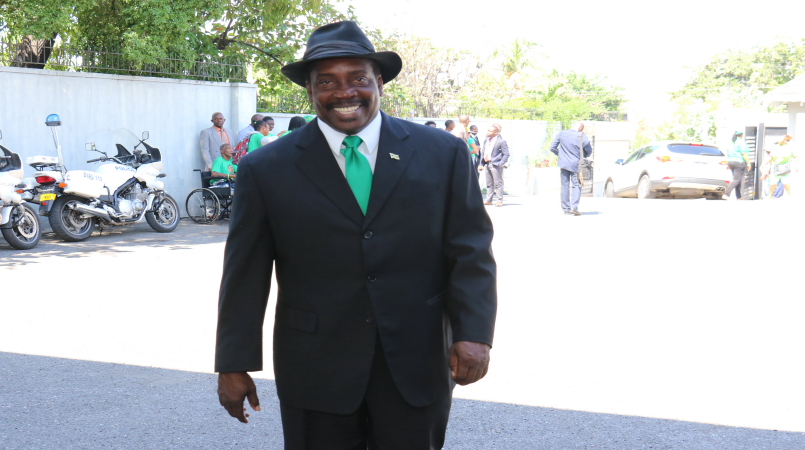 In addressing a meeting of top personnel of the security forces at the Jamaica Conference Centre in downtown Kingston, Montague went personal in his reference to criminals.

“Unoo going run weh because we going to pursue unoo. This minister nuh ‘fraid a unoo, my uncle is a obeah man,” he declared, drawing a chorus of laughter among the participants.

He noted, against that background, that some of the criminals were said to go about with bibles in their back pockets, and guard rings on their fingers, with the claim of being able to use the items to ward off the security forces.

But his comments have not gone down well with many Jamaicans who point to the illegality of the practice. The Obeah Act defines a person practicing obeah as "any person who, to effect any fraudulent or unlawful purpose, or for gain, or for the purpose of frightening any person, uses or pretends to use any occult means, or pretends to possess any supernatural power or knowledge."

A person found guilty of the practice can be fined up to $100 and be jailed up to 12 months. One lawyer told Loop News that Montague could face charges if it can be proven that he sought to bring about an event by occult means.

"Perhaps the pressure of the office is now too burdensome for Minister Montague that he has decided to resort to threats of Obeah," Michael Hemmings, an attorney-at-law with Clayton Morgan & Company, said.

"Based on the Minister’s comment during his session with the security officers at the Jamaican Conference Centre last Tuesday it begs the question how serious he is in addressing the crime epidemic now facing our nation," he continued. "Is obeah the answer? Will he instead of employing crime fighting tactics consult his obeah man? Will he instead of bridging the gap of trust between the communities and the security forces have his uncle cultivate a formula to do so?"

The criticisms were similar on social media.

"All the prosperity and he void of solutions," one man said, using the hastag #montaguemustgo.

In response to the few who dismissed the security minister's comment as a "joke", one man said: "This isn't really funny, he is the country's national security minister, for him to utter those words was downright irresponsible."

The minister, in his address, also advised that a new 304-bed correctional facility is under constructed at Tamarind Farm Adult Correctional Centre in St Catherine, saying that persons so ‘qualified’, will need to occupy the new bed spaces.