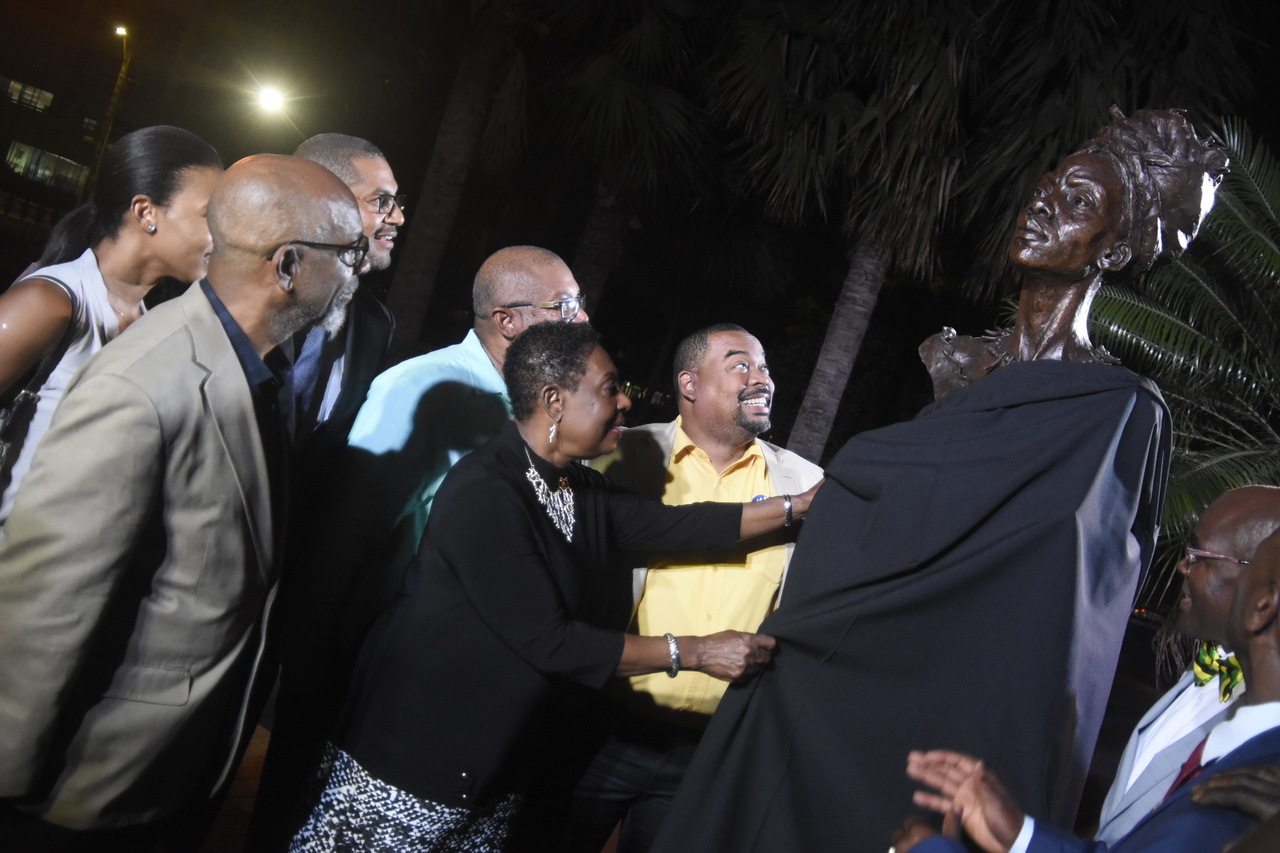 Though the Rotary Club of Kingston was the project manager, corporate Jamaica made it possible, with seven companies each sponsoring one of the busts. (Photo: Marlon Reid)

The busts of Jamaica’s seven national heroes were officially unveiled at the Emancipation Park in a ceremony spearheaded by the Rotary Club of Kingston on Monday.

The Rotary Club of Kingston has also added plaques with the National Anthem and National Pledge to the park’s entrance, with the hope that these will help to boost knowledge of both.

President of the Rotary Club of Kingston, Michael Buckle, said the statues, and plaques fall within the entity's 'Making A Difference' theme this year, with the Ministry of Culture, Gender, Entertainment and Sport endorsing the initiative as part of the Jamaica 55 celebrations.

Buckle said the initiative is also part of the Rotary Club of Kingston's strategic objective of creating an awareness.

“This is a national project that is educational, informational and inspirational. A project that will capture for generations the history of Jamaica's journey to freedom,” he said.

"It's a vision and now the reality is a historical corridor that captures in a very profound and compelling way, the chronological sequence, the image, and likeness of each national hero, juxtaposed with the contribution to nation building.”

"As you traverse this historical corridor, you will feel the spirit of your ancestors. You will feel the pain, the sacrifice, the blood, the sweat and the tears, however, at the end of that journey, children, adults, Jamaicans, foreigners everyone, the freedom, the triumph, the true spirit of emancipation," Buckle said.

See more photos by Marlon Reid in the gallery.

Though the Rotary Club of Kingston was the project manager, corporate Jamaica made it possible, with seven companies each sponsoring one of the busts.

Buckle said that after getting the approval from the necessary government bodies, he approached friends and associates in corporate Jamaica, who agreed to provide the sponsorship.

Renowned Jamaican Basil Watson sculpted the busts of the heroes and heroine for half his fee.

Criminal records of National Heroes to be erased

Public to benefit from gym equipment at Emancipation Park