Nancy Pelosi calls on Conyers to resign amid sex allegations 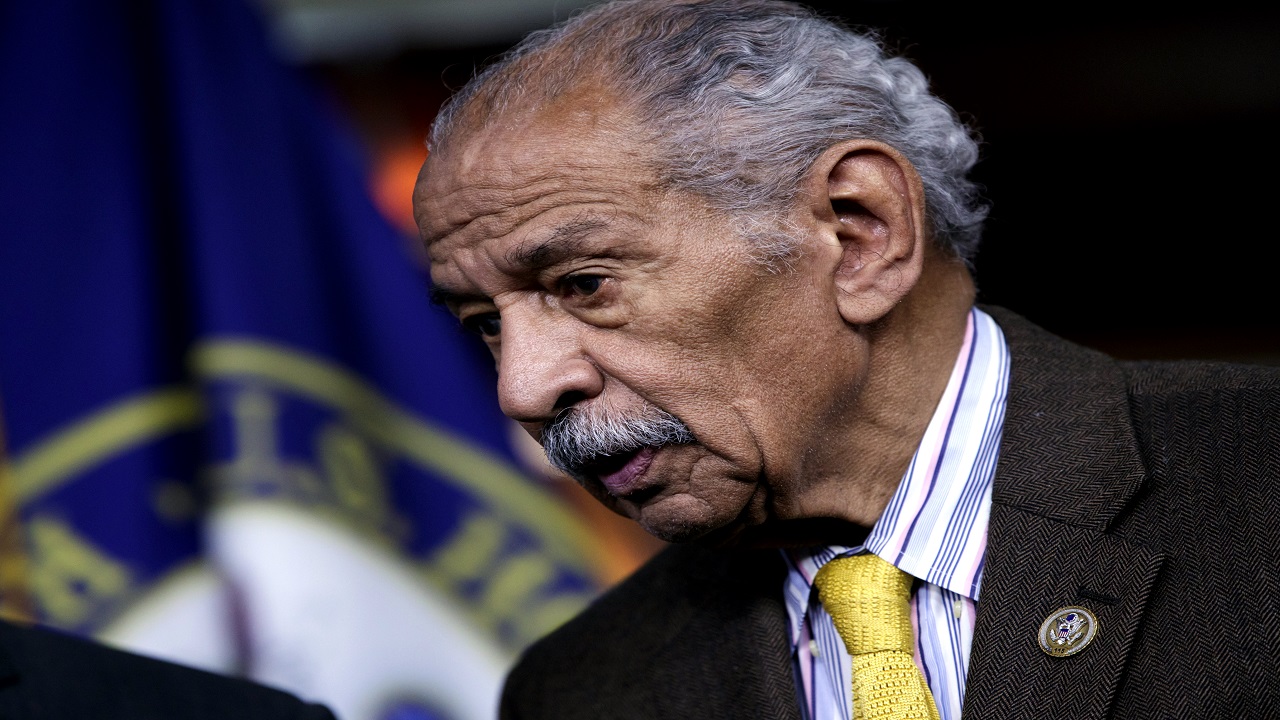 In this file photo from Tuesday, Feb. 14, 2017, Rep. John Conyers, D-Mich., attends a news conference on Capitol Hill in Washington.

The top Democrat in the House on Thursday called on Michigan Rep. John Conyers to resign in the face of multiple accusations of sexual misconduct.

Conyers' lawyer swiftly rejected the request, saying Nancy Pelosi "sure as hell won't be the one to tell the congressman to leave."

House Minority Leader Pelosi called the accusations against Conyers, the longest serving member of the House, "very credible" and "serious," and said he should step down after decades on Capitol Hill. Conyers was first elected in 1964.

Pelosi said she prayed for the 88-year-old Democratic congressman, who was hospitalized in Detroit, and his family. "However," she said, "Congressman Conyers should resign." Republican House Speaker Paul Ryan minute later told reporters that Conyers "should resign immediately."

In Michigan, Conyers' attorney, Arnold Reed, strongly dismissed the growing clamor for Conyers to step aside, coming not only from Pelosi but other Democrats. Conyers, who has insisted on his innocence, gave up his seat as the top Democrat on the Judiciary Committee on Sunday while holding onto his congressional seat.

Reed noted that Conyers was admitted to a Detroit hospital after feeling light-headed late Wednesday. No details about his condition have been released.

The dramatic call from Pelosi came just hours after a former aide publicly accused Conyers of sexual harassment, telling NBC's "Today" show that she was fired for rejecting his advances.

Marion Brown, 61, said the congressman propositioned her for sex multiple times over more than a decade. Brown initially told her story to BuzzFeed News on condition of anonymity, saying she'd settled a complaint in 2015 with Conyers over the allegations, according to her attorney.

"It was sexual harassment ... violating my body," Brown said Thursday. "Propositioning me. Inviting me to hotels with the guise of discussing business and then propositioning me ... for sex."

Brown told The Associated Press that if asked, she would testify before the House Ethics Committee, which is investigating Conyers. She said she would prefer to be subpoenaed, saying she and other witnesses would be more comfortable speaking publicly if they were legally compelled to do so.

Reed said Conyers will cooperate with any investigation.

On Sunday, Pelosi called Conyers an icon and argued for the due process of an Ethics Committee investigation. But on Thursday, she said: "Zero tolerance means consequences — for everyone. No matter how great the legacy, it's not license to harass or discriminate. In fact, it makes it even more disappointing."

A wave of allegations against titans of entertainment, media and sports has resulted in swift punishment. In Congress, however, two lawmakers facing accusations — Conyers and Sen. Al Franken, a Minnesota Democrat — have remained in their jobs.

Brown broke a confidentiality agreement to tell her story to "Today," saying she stayed on the job because she needed to support her family and found the work rewarding.

BuzzFeed News reported last week that Conyers had settled a complaint two years ago for $27,000 with a female staffer who alleged she was fired because she rejected his sexual advances. BuzzFeed didn't disclose her name in its initial report and said the settlement was confidential.

Brown's lawyer, Lisa Bloom, confirmed to the AP that Brown is that former employee. She said Brown worked for Conyers in a variety of capacities from 2003 until 2014, mostly in the Detroit district office.

"This went on the entire time — the whole journey of being in the office," Brown said.

Brown said she kept the job partly because she had four children in college. She said she had conversations with Conyers, to make sure he knew she loved her job, but believes she was fired in retaliation for filing a sexual harassment complaint against him.

"I felt there was nowhere to go. I couldn't get a job in the area that I loved. I wasn't ready to retire," she said.

She insists her goal isn't for Conyers to resign.

"All I wanted from him was an apology in calling me a liar," she said. "I want him to acknowledge what he did. He's 88 years old. He is an icon. He's done a lot of good things."

A former scheduler filed a complaint earlier this year, but later dropped it. The AP hasn't released her name. And a third ex-staffer, Deanna Maher, said Tuesday that in 1997, Conyers undressed to his underwear in front of her and twice touched her leg inappropriately.