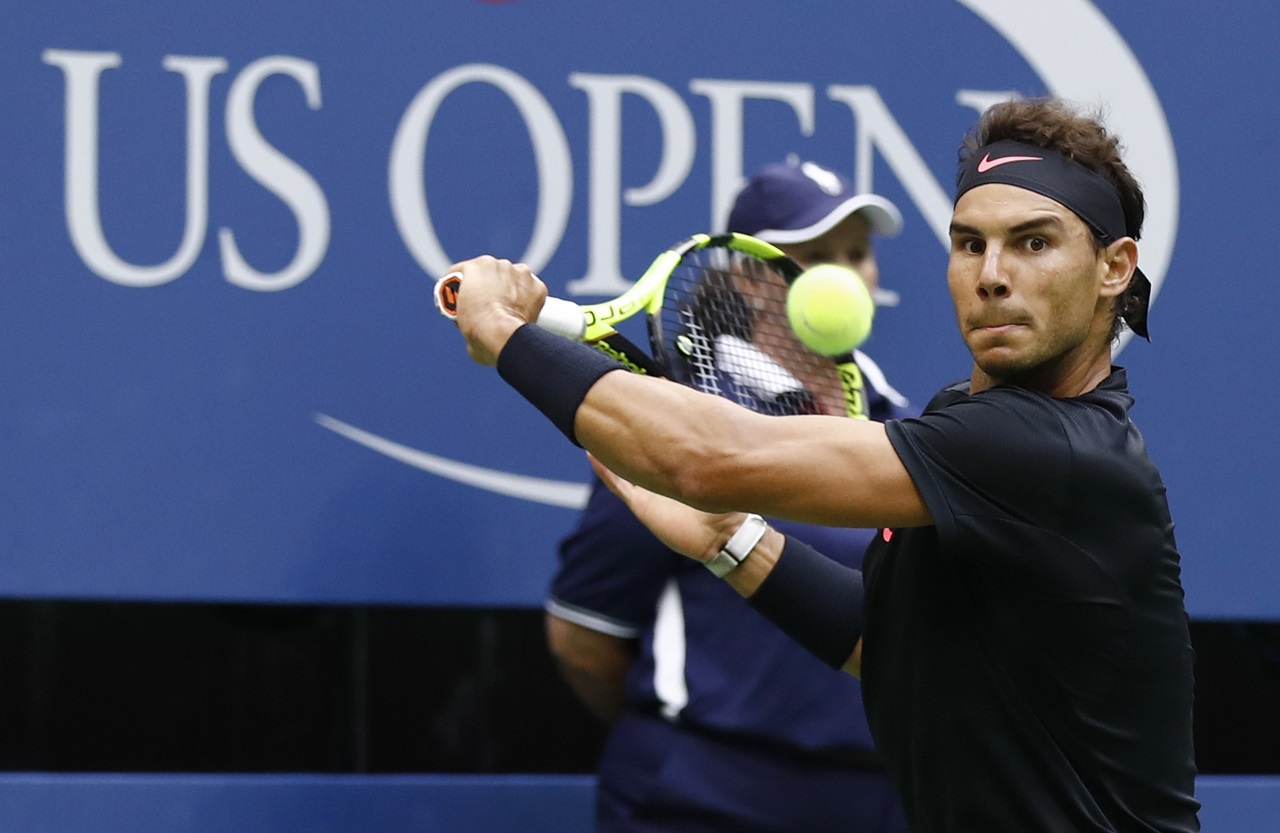 Rafael Nadal, of Spain, returns a shot from Kevin Anderson, of South Africa, during the men's singles final of the U.S. Open tennis tournament, Sunday, Sept. 10, 2017, in New York.

Rafael Nadal produced a relentless display to claim his 16th grand slam title with a straight-sets win over Kevin Anderson in the US Open final on Sunday.

The world number one has enjoyed a tremendous year, and his 6-3 6-3 6-4 triumph added to his 10th French Open crown secured in June.

It marked the fourth time, and first since 2013, that Nadal has claimed multiple grand slams in a season.

The Spanish great, 31, is back to within three majors of Roger Federer, who has won the most of any man with 19, after clinching a first hard-court grand slam since his 2013 success in New York.

Nadal was characteristically relentless against Anderson, in his first major final, although it took a while to break the South African's resistance on Arthur Ashe Stadium.

Anderson, who had lost all four previous meetings with Nadal, managed to hold the left-hander at bay early, but once the Spaniard edged ahead, he cruised.

Nadal was able to dominate when he got into points, and he held comfortably throughout, losing just 15 points on serve as he won in two hours, 27 minutes.

Anderson showed few signs of early nerves, but Nadal looked the more likely to race ahead in the first set.

As the Spaniard held serve comfortably, he pushed repeatedly in the opening seven games – which took 47 minutes – before finally breaking at the fifth time of asking, Anderson pulling a forehand wide, his 21st unforced error, to fall 4-3 behind.

Nadal, who stood closer to the crowd than the baseline on return, consolidated and broke again, a drop volley sealing the first set in 58 minutes.

Although he created fewer chances to begin the second set, Nadal still looked in command, and he broke for 4-2 courtesy of an overhead.

The second set was secured in fine style, Nadal hitting a cross-court forehand winner to wrap it up in 39 minutes.

As expected, Nadal was giving nothing away easily, committing just seven unforced errors in the opening two sets

He broke to start the third, an Anderson forehand going wide, and while his level dropped briefly, Nadal closed out his win.