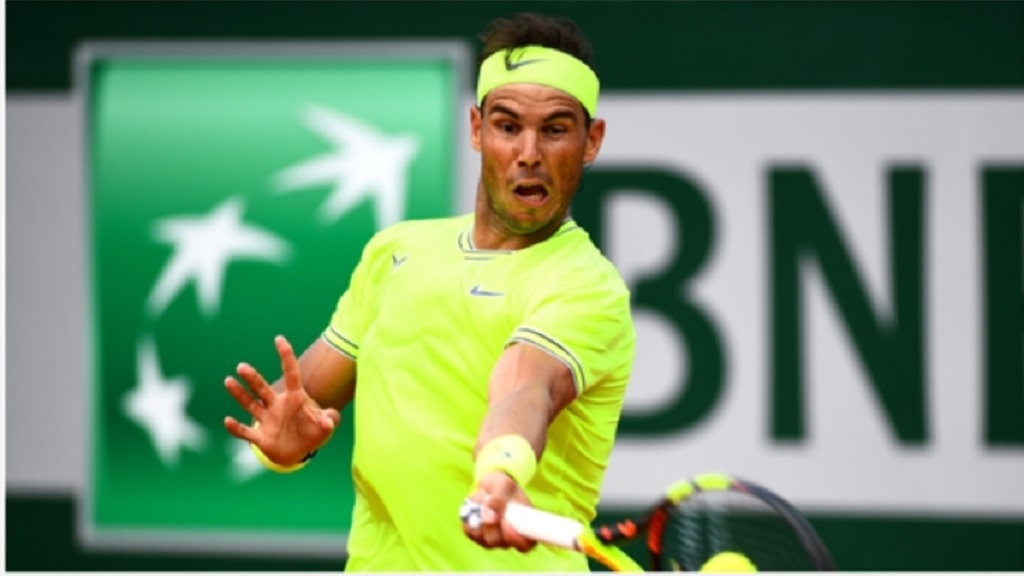 Rafael Nadal at the French Open.

Rafael Nadal overcame a rare stumble to defeat David Goffin in the third round of the French Open on Friday.

The 11-time champion looked to be racing through a trademark clay-court masterclass as he dominated the first set and thrilled in the second.

But Goffin, who won just 10 points in the opener, responded to take the third as a routine Nadal win threatened to become slightly trickier, stretching towards the three-hour mark.

Normal service was resumed as the defending champion sealed a 6-1 6-3 4-6 6-3 triumph, having dropped a set for only the second time at Roland Garros since 2015.

The world number two is rarely troubled on the red dirt and, despite the serene start here, will hope to find his last-16 clash with Juan Ignacio Londero or Corentin Moutet somewhat more straightforward.

Goffin was facing three break points by the time he got on the scoreboard with an ace, enough only to delay Nadal's stunning start by a matter of moments as the Belgian next found the net and the defending champion led.

There was no stopping the second seed, who edged further clear as he twice more forced his opponent to go low, although the world number 29 battled to avoid a bagel.

The second set soon went the same way and Goffin collapsed from 40-15 on serve, with a couple of wayward shots dropping wide to the left strengthening the Spaniard grip on the match.

An array of glorious Nadal strokes continued to bring the Court Philippe-Chatrier crowd to its feet, regularly leaving Goffin shaking his head in bemusement, and a further break followed to seal the set.

But Goffin seized his first opportunities of the match with the third at 4-4, breaking with a brilliant winner and then clinging on to his advantage.

However, Nadal was determined to quickly halt any fightback and an increasingly aggressive approach was rewarded with the lead in the fourth, enough for him to see off Goffin.

Djokovic cruises past lucky loser Laaksonen and into round three