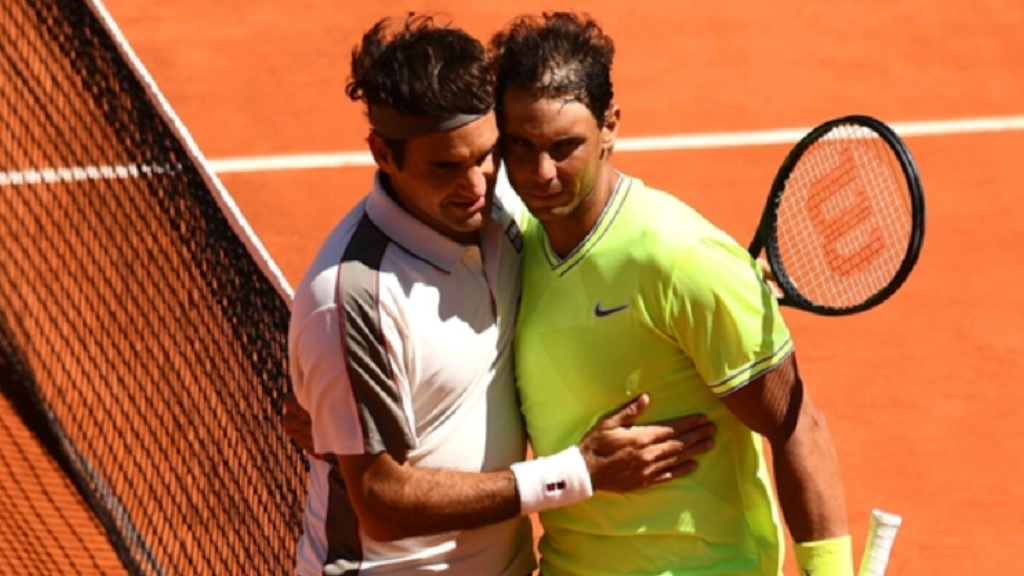 Rafael Nadal hailed Roger Federer as "the best player in history" after blowing his old rival away in the Paris wind to reach a 12th French Open final.

Defending champion Nadal won 6-3 6-4 6-2 with winds of up to 130 kilometres per hour gusting on Court Philippe-Chatrier.

Nadal had not beaten the 20-time grand slam winner for five years and, despite taking just two hours and 25 minutes to down the Swiss great, the second seed said it was by no means straightforward.

"It was a pleasure to play Roger. It was a high level all three sets, which was remarkable in this wind," Nadal said in his on-court interview after ending Federer's first French Open appearance for four years.

"He is the best player in history and it's been a great pleasure to play against Roger.

"It was difficult to play against Roger in those conditions. I'm really happy, I'm into the final of the most important final of my career."

Nadal will come up against either world number one Novak Djokovic or last year's runner-up Dominic Thiem in the decider.

The Spaniard is three slam titles behind Federer's tally.