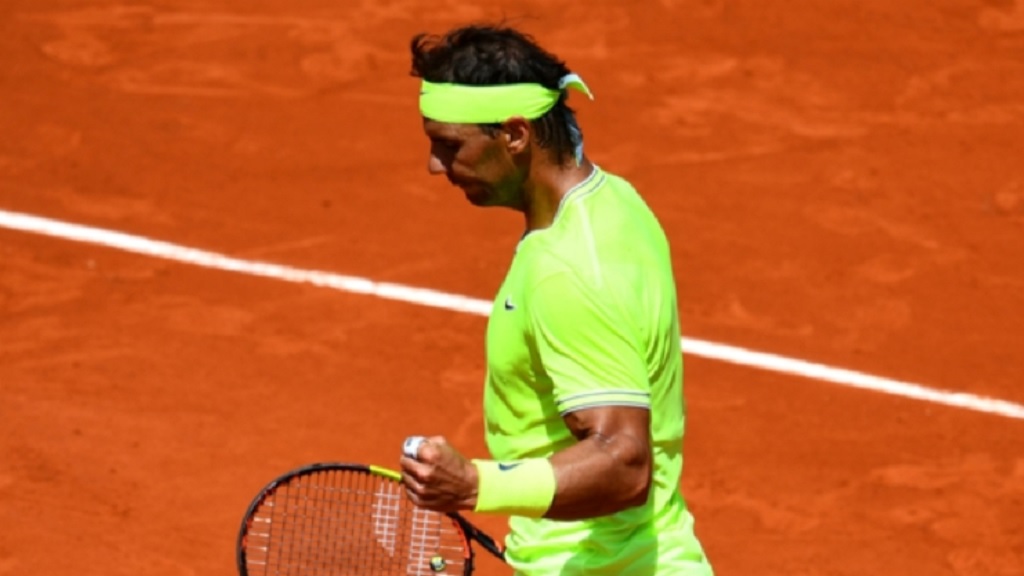 Rafael Nadal beat Yannick Maden in round two of the French Open.

Rafael Nadal's quest for a 12th French Open title continued as he made light work of Yannick Maden in the second round at Roland Garros on Wednesday.

Having breezed past Yannick Hanfmann in round one, two-time defending champion Nadal looked sharp in a 6-1 6-2 6-4 victory which went beyond two hours.

After getting into his stride with some blistering shots in the early stages, Nadal did not let up in the first set, and though qualifier Maden seemed to have rallied after failing to hold at the start of the second, the Spaniard brilliantly converted another break point in the fifth game.

Maden did break twice to make things interesting in the third, but Nadal came through in straight sets nevertheless to set up a clash with David Goffin.

Nadal had a tentative start against Hanfmann, having to stave off four break points in the first game, but he had no such issues this time around, displaying his power with both forehand and backhand to force Maden back behind the baseline as he cruised into the lead.

Having been broken again at the start of the second set, Maden's subsequent resilience looked to have paid off when he took a 40-15 lead in the fifth game, only for Nadal to fight back to break with an acrobatic drop shot at the culmination of a thrilling rally.

The world number two then converted the second of three set points on serve.

Maden looked down and out when Nadal responded to his overhead with a venomous drive down the line to break, but the German remarkably converted break points in successive games.

Those breaks would prove no more than a souvenir, however, with Nadal scampering across court to break again and finally end Maden's resolve.

Kyrgios withdraws from French Open due to illness