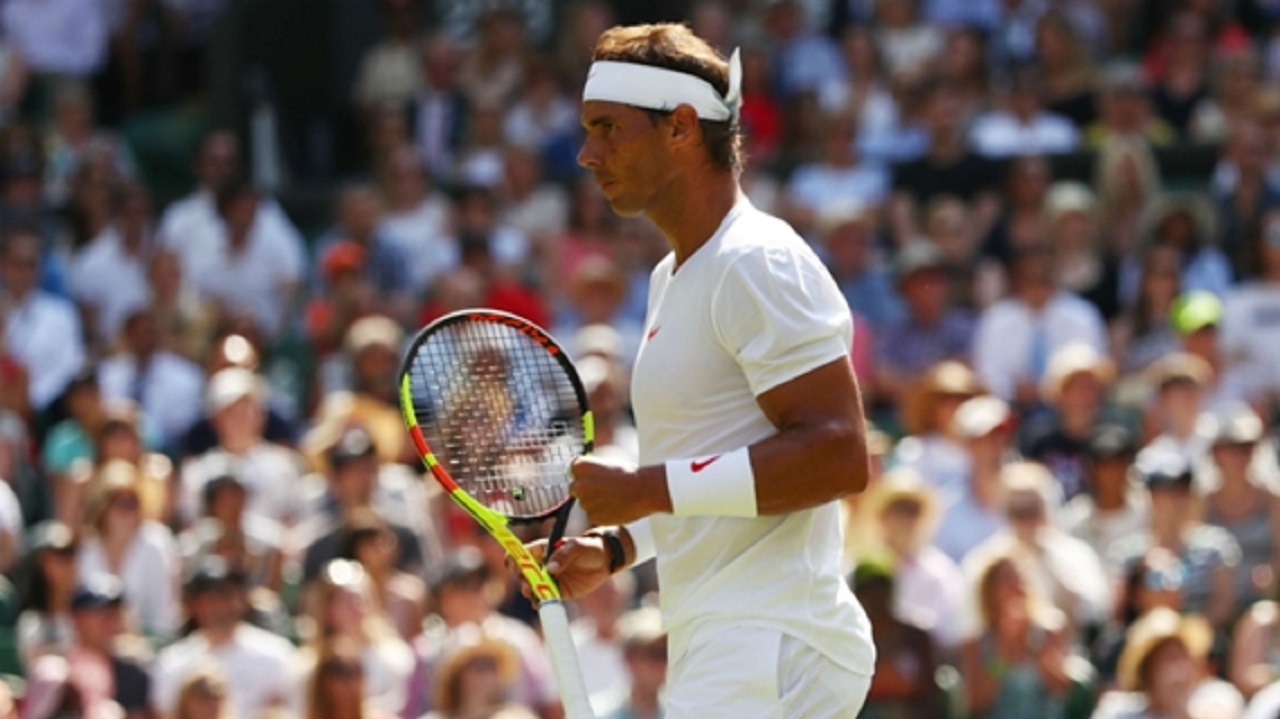 Rafael Nadal breezed into the second round with an emphatic straight-sets victory over Dudi Sela at Wimbledon on Tuesday.

The world number one, playing his first match since winning an 11th French Open title last month, eased to a 6-3, 6-3, 6-2 in just an hour and 50 minutes on Centre Court.

Second seed Nadal looked anything but rusty in his first match on grass this season, breaking six times to book a meeting with Mikhail Kukushkin or Vasek Pospisil.

The 17-time major champion struck 30 winners and won 79 per cent of points on his first serve in a commanding performance in the heat on day two.

Sela held his own in the first set until he double-faulted to go 5-3 down after Nadal flashed a majestic cross-court forehand beyond him on the run from beyond the baseline.

The aggressive Spaniard served out the set to love and broke in the opening game of the second when Sela inexplicably netted a forehand with an open court to aim at.

Sela showed flashes of his ability, including one sublime backhand winner, but Nadal demonstrated his incredible athleticism to swat away an overhead at full stretch with his back to the net and broke again with a rasping forehand return to take the second set.

A lapse in concentration from Nadal gave Sela a first break in the opening game of the third set, but normal service was resumed as the two-time Wimbledon champion won four games in a row.

Nadal continued to push his opponent back with powerful groundstrokes and served with vigour, wrapping up the win with a searing backhand.