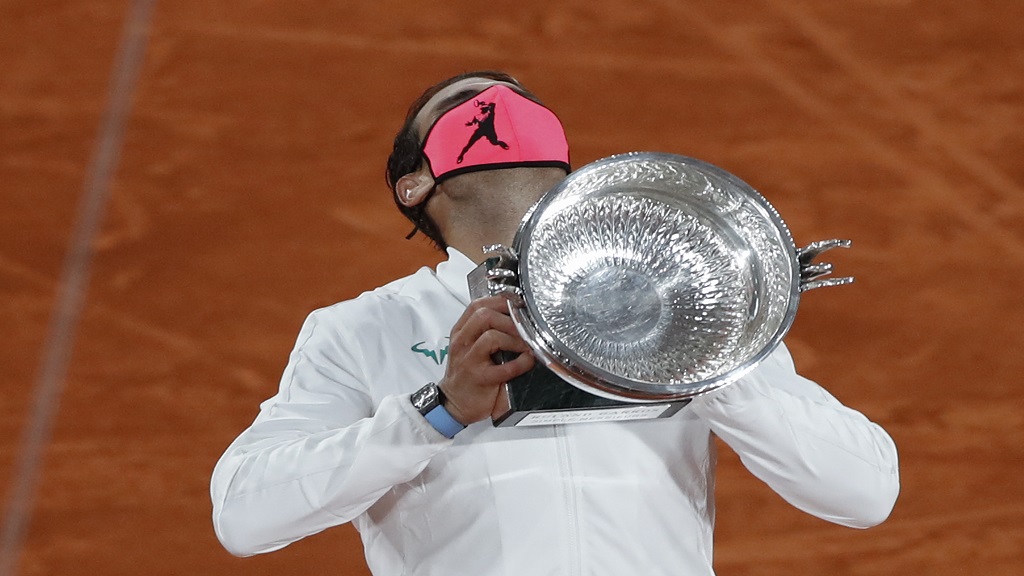 A 6-0, 6-2, 7-5 defeat of the world number one gave Nadal a 13th major on the Paris clay, extending his own record for the most titles won by a player at a single grand slam.

It also meant that for the fourth time he went through the entire draw without dropping a set.

The career of the great Spaniard invites close examination to fully appreciate the prowess that has seen him run up such astonishing numbers.

Here is how he has staked a strong claim to be regarded among the greatest tennis players of all time - and unquestionably the king of clay.

Nadal turned 19 two days before winning his first French Open title, which came in 2005, on his debut appearance in the tournament.

His record on the Roland Garros clay shows Nadal has now won an astonishing 100 matches and lost only twice, with Robin Soderling and Djokovic the only men to defeat him. Djokovic sits second on the list in Paris, with 74 wins.

Of those 100 wins for Nadal, an incredible 81 have come without him dropping a set, 17 have come in four sets, and on two occasions he has won in five.

He has had 27 victories against players ranked inside the top 10 during his century of French successes and has never lost when he has reached the semi-final stage.

Sunday's win was a seventh for Nadal in eight Roland Garros clashes with Djokovic, and a third success in a French Open final against the Serbian after their 2012 and 2014 title matches.

In the men's game, Federer had been the only man to rack up 100 or more match wins in a single grand slam prior to Nadal joining him.

The Swiss veteran has won 102 matches at the Australian Open and 101 at Wimbledon.

Nadal has now moved to 999 career wins across all tournaments, with 201 defeats, and has captured 86 titles.

In the titles reckoning he sits fourth in the Open Era (behind Jimmy Connors' 109, Federer's 103 and Ivan Lendl's 94). A startling 60 of those titles from Nadal have come on clay.

Mallorca's favourite son has been a fixture in the top 10 on the ATP Tour since first breaking through to that level in April 2005 and has spent 209 weeks at world number one, a position he last occupied before last year's Australian Open.

He has won one Australian Open title, 13 now in Paris, two at Wimbledon and four at the US Open.

It still feels too early to make a call on which of the Big Three will be remembered as the greatest of all time, or more specifically of their era.

They each own a host of astounding records, but if all three were to finish their careers with 20 grand slams, which is not beyond the realms of possibility, then one tie-breaker might be their head-to-heads in the grand slams.

Nadal can point to a 10-4 winning record against Federer in the four majors, and now a 10-6 lead over Djokovic.

Before Sunday, he had lost his last three grand slam clashes with the man from Belgrade, but Nadal will now take some reining in.