Nadal and Federer march on as rising stars prosper 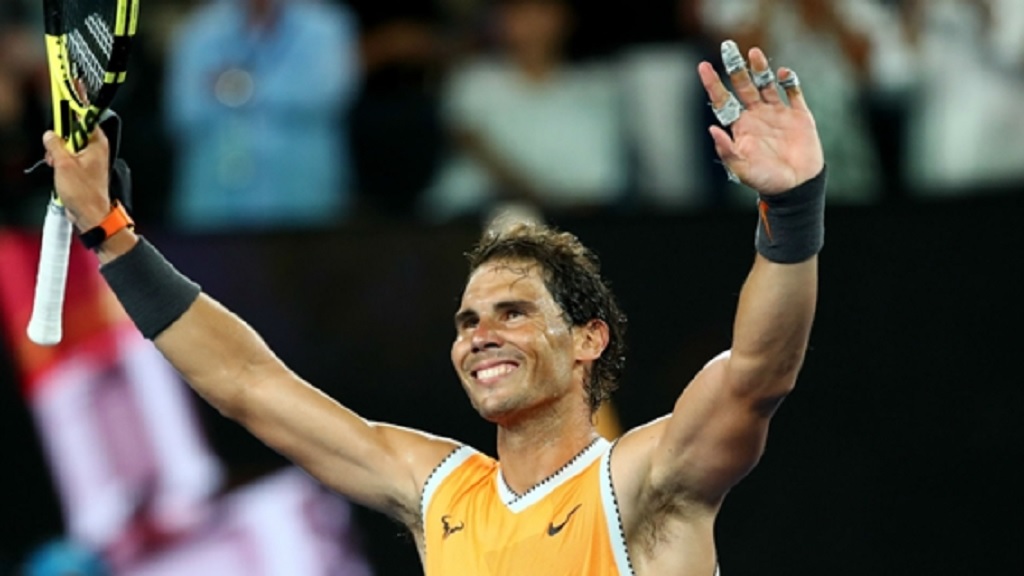 It was business as usual for Roger Federer and Rafael Nadal as they both progressed to the Australian Open third round on Wednesday.

Neither has dropped a set in their opening two matches in Melbourne as they edge closer to a semi-final meeting.

Fifth seed Kevin Anderson will not be joining them, though, after Frances Tiafoe sent him packing despite losing the first set to the big-serving South African.

Marin Cilic, Tomas Berdych, Grigor Dimitrov, Alex de Minaur – who will now face Nadal – and Karen Khachanov all progressed on day three as an intriguing bottom half of the draw begins to take shape.

For the third successive round Nadal will meet an Australian and he is well aware of the threat posed by rising star De Minaur.

De Minaur edged past Henri Laaksonen on Margaret Court Arena, the teenager battling back to win the decider after letting a two-set lead slip.

"He has improved a lot during the last three years, today he is one of the best [young] players in the world," Nadal said of De Minaur.

"He's a great player, young, playing with big confidence after winning matches. It will be a tough one. I need to be ready for it."

For the second match in a row Roberto Bautista Agut won the opening two sets of his match but was forced to play five, this time Australian John Millman forcing a decider having been 2-0 down.

As "Mill-mania" spread around the Melbourne Arena the home favourite looked ready to cause an upset, but once again Bautista Agut – who beat Andy Murray in round one – dug deep and booked a third-round meeting with Khachanov courtesy of a 6-3 6-1 3-6 6-7 (6-8) 6-4 triumph.

"It's really tough," said a deflated Millman. "It's obviously very tough to be here after that one. I left it all out there. Gave it a crack. I wanted nothing more than to go for a run here at the Australian Open."

After winning a four-set thriller against John Isner in round one, Reilly Opelka endured another marathon match against Thomas Fabbiano, but it did not end in victory this time.

Opelka won the opening set tie-breaker 17-15 but was unable to stop Fabbiano battling back, the Italian taking the deciding set 7-6 (10-5) after three hours and 32 minutes on court.

A third-round clash with Dimitrov awaits as Fabbiano continues to break new ground in Melbourne, having never gone past round one in six previous attempts.

Playing with Serena Williams has clearly worked wonders for Tiafoe as the 20-year-old surged into the third round at the expense of Anderson.

Tiafoe partnered with Williams at the Hopman Cup recently and weeks later he has already achieved more in Melbourne than ever before.

The American described Wednesday's 4-6 6-4 6-4 7-5 win as the biggest of his career and he credited spending time with Williams for his impressive start.

"I think that week definitely helped me [in the] long run," he said.

"She's so nice, such a good competitor. Off the court, she's so chilled and relaxed. Once she gets on [it], she hates losing."