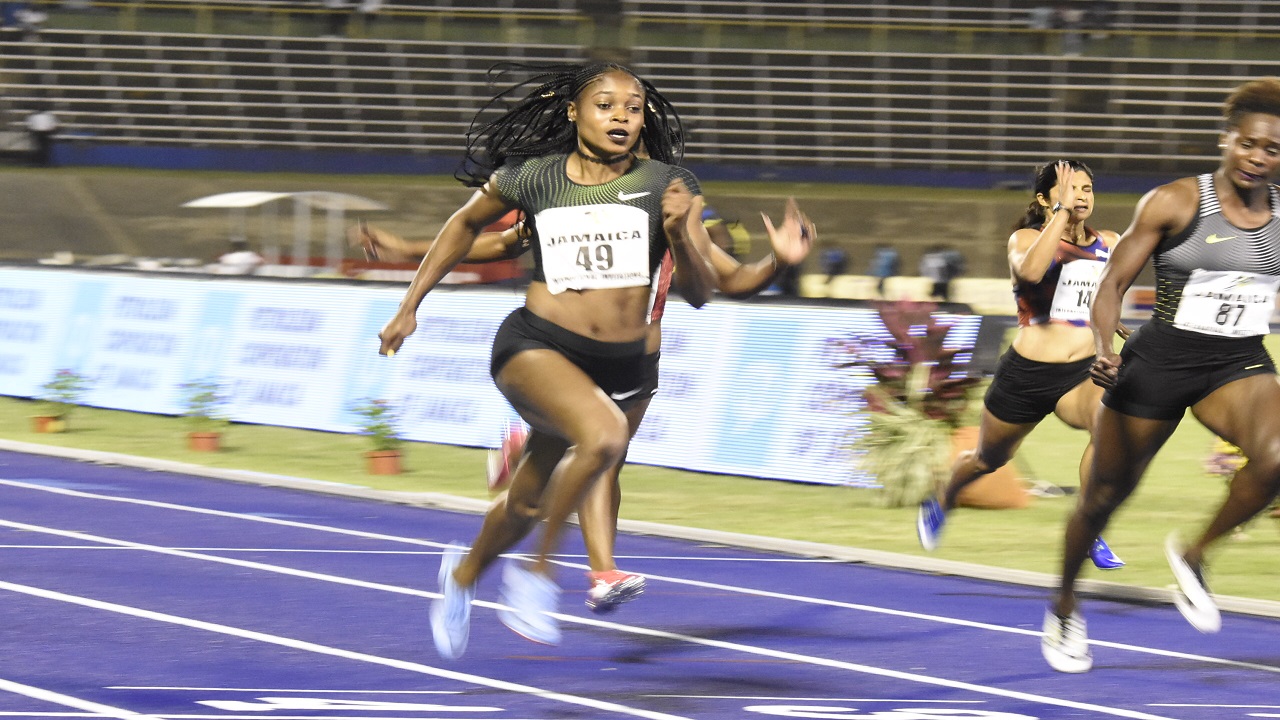 Jamaican Elaine Thompson (left) wins the women's 100 metres at the Jamaica International Invitational Meeting at the National Stadium on May 19, 2018.

MVP Track Club will on Saturday stage the Nike Seniors Link Up Track and Field Meet on Saturday at the National Stadium from 5:00 pm to 8:00 pm.

MVP Track Club president Bruce James pointed out that the meet is in response to the cancellation of the 15th staging of the Jamaica International Invitational (JII) meet.

The JII meet is usually the first meet of the IAAF World Challenge, which takes place across nine cities in nine countries on three continents.

"My team and I decided to host the captioned track and field meet at the same time, date and location. Our primary motivation is to give the top tier athletes who had prepared for the JII an opportunity to compete, especially since a number of them will be traveling to the IAAF World Relays in less than a week," said James.

The IAAF World Relay Championships will take place in Yokohama, Japan from May 11-12.

The World Relays will be used as qualification for the 2019 World Athletics Championships in Doha later this year.

A strong contingent of athletes from the MVP Track Club are expected to compete.

There will be no charge to enter the meet.

The JII meet was cancelled because of insufficient funding.

According to the organisers, the meet made a name for itself by the numerous world-class athletes which it has attracted from across the globe, and the annual staging was only made possible through sponsorship from the private and public sectors.

Athletes fees consumed the bulk of that sponsorship, organisers said.

Garth Gayle, a member of the organising committee told Sportsmax.TV that they were working feverishly to make the meet happen this year. Less than 48 hours later, an advisory was posted on the meet’s website that there would be no track meet this year.

On Monday, a statement over the signature of Dr. Warren Blake, the Chairman of the Organising Committee was released to the media which confirmed the cancellation and offered some reasons why.

“The current reality is that the level of sponsorship promised/received is insufficient to allow us to stage anything but a watered down version of what is expected of the Jamaica International Invitational Meet,” the statement read.

“Accordingly, we regret to inform, that after consultation with the International Association of Athletics Federations (IAAF) it has been decided to cancel all plans for this year’s staging of the JIIM.”