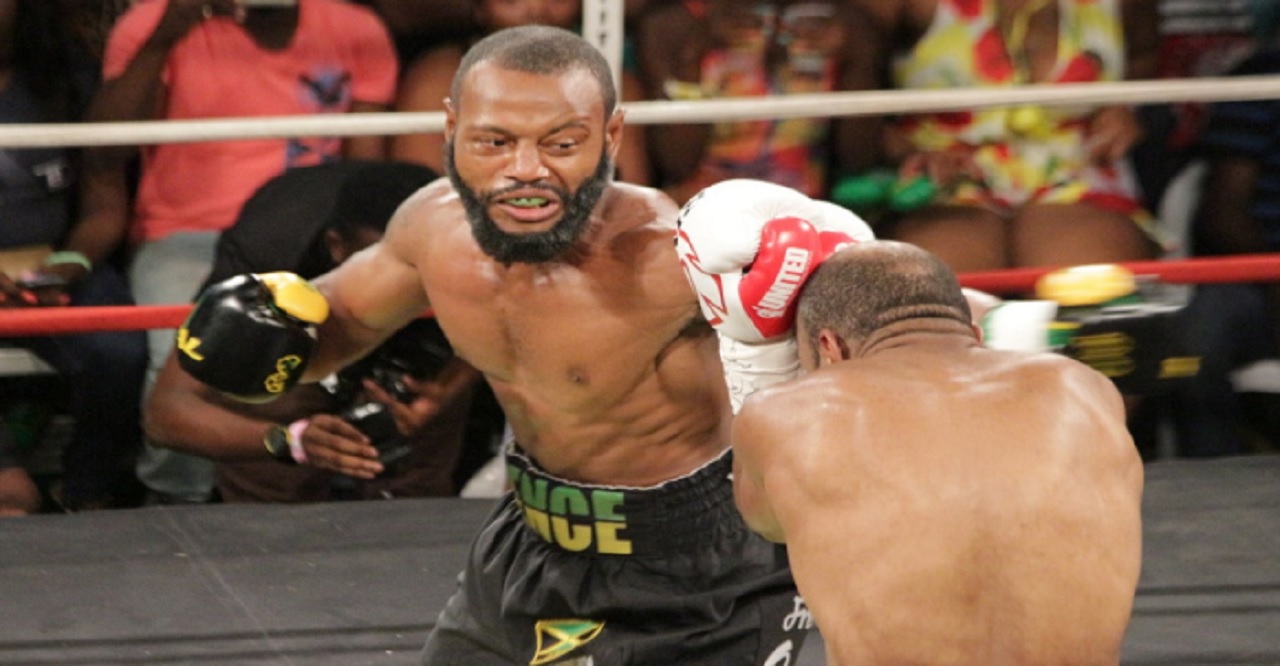 Sakima Mullings and Tsetsi Davis, two of Jamaica’s finest professional boxers, will face off on Wednesday night as the 2017 Wray and Nephew Contender boxing series gets into high gear with the first semi-final bout.

The junior middleweight fight will take place on the grounds of  the Mico University on Marescaux Road, and is scheduled for seven rounds.

Before the semi-final showdown there will be three other fights – two amateur bouts and a professional bout.

The first amateur bout is scheduled to start at 8:30 pm, while the professional bout features Jamaican Devon Moncrieffe against Canadian Winston Matthews, two of the participants who were involved in this year’s Contender series.

Jamaican Tsetsi Davis breaches the defence of Canadian Ryan Young during their quarter-final bout of the Contender Boxing Series.

The Mullings, Davis bout will be very interesting and this will be the second time that they will face off in the series.

The first bout between the two came at the 2014 final when Mullings scored a dramatic technical knockout victory to win the welterweight title.

Davis' corner stopped the 10-round contest in the seventh round..

Davis is a veteran of the series, appearing in all since it started seven years ago and has gone to two finals.

His other appearance in the final came in 2013 when the series was confined to middleweight boxers and he lost to Devon Moncrieffe on split decision.

In 2016, his campaign ended prematurely when his semi-final bout against Richard ‘Frogs’ Holmes ended in a first round no contest following a clash of heads.

On his way to this year’s semi-finals, the 39-year-old Davis secured two split-decision victories.

In the preliminary round on April 19 he got the better of Canadian Dave Leblond  and in the quarter-final on June 21 he beat Ryan Young, also from Canada.

Mullings got to the semi-finals by scoring  a unanimous decision victory over Canadian Winston Matthews in the preliminary round on April 5 and then in the quarter-finals he beat Larone Whyte, another Canadian, on split decision on May 31.

For tonight’s semi-final bout Mullings has more time to prepare as he last fought on May 31 compared to Davis, who was in action on June 21.

Mullings enters the ring with a professional record of 21 wins and three losses, while Davis has a record of 18 victories against five defeats.

CONTENDER 2017: I was the better fighter – Sakima Mullings