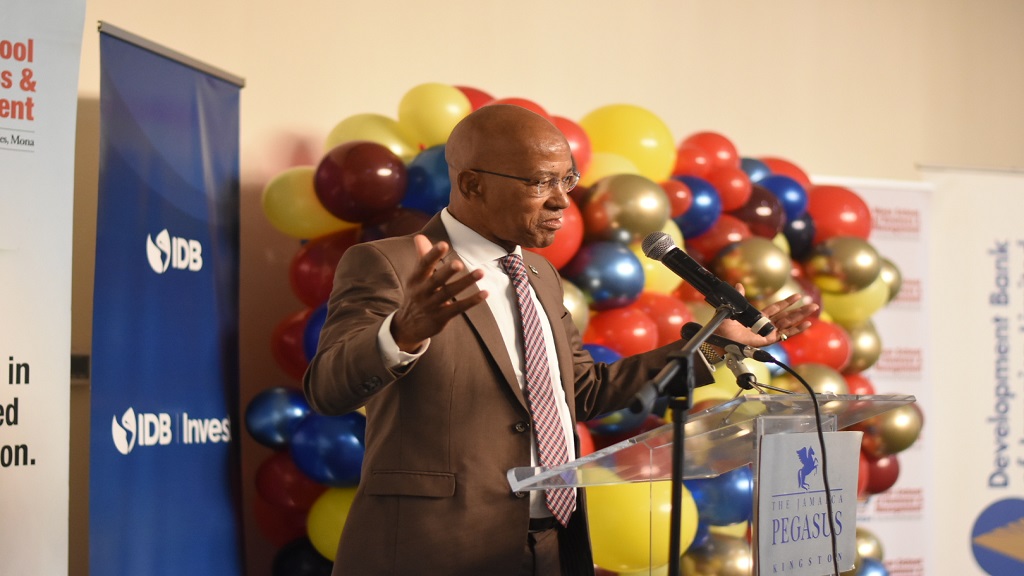 The Development Bank of Jamaica (DBJ) launched its redesigned Credit Enhancement Facility (CEF) to much fanfare on Thursday, at the AC Marriott Hotel in Kingston.

In attendance were representatives of the micro, small and medium-sized enterprise (MSME) and banking sectors, who welcomed the CEF and hailed it as a game-changer for companies that require financing but lack sufficient security.

The CEF is a partial loan guarantee that helps MSMEs without enough collateral to access loans from financial institutions.

Though the product existed before, it was recently redesigned by the DBJ to better support its lending partners – the Approved Financial Institutions (AFIs) and Micro Finance Institutions (MFIs) – in serving the MSME sector.

So far, agreements have been signed with Sagicor Bank, which was the first AFI to come on board, JMMB Bank (Ja), the National Commercial Bank, and First Heritage Cooperative Credit Union.

The Jamaica Manufacturers and Exporters Association also signed a Memorandum of Understanding earlier this month with the DBJ to allow its members to access the CEF. In the meantime, serious interest has been expressed by Scotia Bank, First Global Bank, JN Bank and COK Credit Union.

The CEF is available to viable enterprises and projects that earn less than $425 million in revenue per annum, are tax-compliant, and have a good credit history. It supplements existing collateral, allows MSMEs to access credit for expansion, and reduces the risk for the AFIs and MFIs who are lending.

The fund will be administered through an automated, electronic management information system to facilitate real-time approvals, speedy claims settlements, as well as simplify administration and reporting by lending institutions.

The CEF is part of DBJ's holistic business ecosystem to support economic growth and development in Jamaica, which also includes vouchers for technical assistance, a venture capital programme, and loans to MSMEs for start-up and expansion.

The DBJ, a wholly-owned government company which falls under the Ministry of Economic Growth and Job Creation, is the lead development financing organisation in the country, with a core focus of providing financing options to entrepreneurs through all phases of development and the business life cycle.