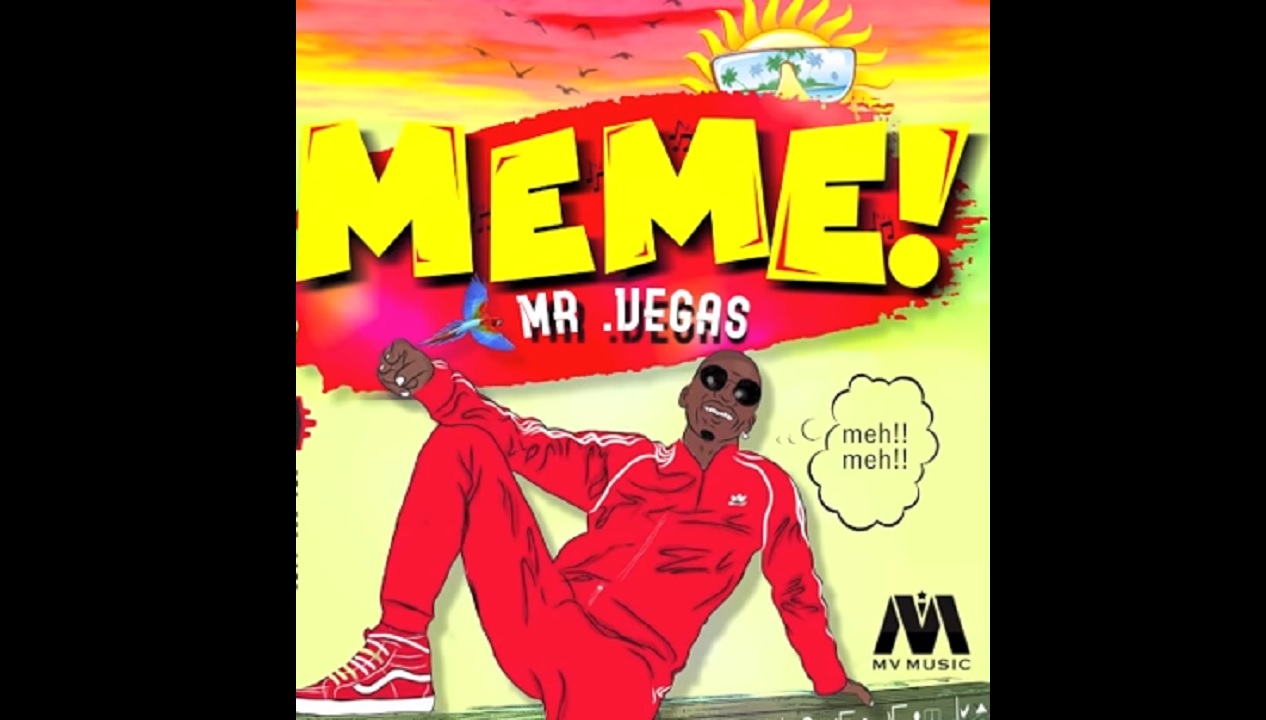 International recording star Mr Vegas has released a humorous new single, dubbed 'Meme' where he shows off his wit and instinct for self-deprecation. He is not afraid to laugh at himself.

"People have been talking about this on social media, since I did that video last week, so mi just a take it a step further, mi record 'Meme' because I had been having a rough week and I wanted to join in on the laughter too, so I know that they will enjoy this," Mr Vegas said.

"This meme talk has gone worldwide. People are selling Meh Meh t-shirts on Amazon. I overheard that artistes are in studio recording meme songs so I think it is only fair that I profit off the 'mispronunciation' as well."

Mr Vegas does not see why there is so much focus on his mispronunciation of a popular word in today's digital age.

"I honestly did not know the word was pronounce 'meem', but we need to apply phonology, we should be consistent. If meme is meem, then why is lele not leel, or Pele not peel? Aren't they sharing the same attributes? English Language is very confusing. No one uses it without making errors. Therefore let's all enjoy the rest of the summer and 'Meme'."

If you’re wondering what’s a “Meh Meh", you may have been living under a rock for the past week because it is all the rage on social media. In the wake of the brouhaha around his video recordings of a licensed firearm holder shooting a security guard during an altercation going viral, Mr Vegas went viral for a second time when he posted a video chastising fans for making memes about the shooting incident in St Andrew. Mr Vegas had been mercilessly trolled and ridiculed all week with memes, and he decided to post a response on social media that only added fuel to the firestorm.

“One thing you know black people talented you know...mi see some real creative meh meh, it’s the baddest meh-meh them me a tell you say anybody who made those meh meh trust me you’re really talented.”

Mr Vegas continues to stick to his guns that people should use their creative minds to also create some memes for the folks who are performing terrible criminal acts.

"My message still stands, that we should make memes for the paedophiles, for all the rapists, for all the murderers when they have been found guilty of a crime," he said.

The single, released on the MV Music label, hit the Internet Wednesday night via the artiste's youtube channel, and he has already shot a video for the project which will be released this weekend.

Mr Vegas is presently on a tour of Europe that will see him performing in countries such as Switzerland, Germany, Holland, Belgium and England. He will be launching his latest album, a black empowerment-themed musical tour de force dubbed 'Ism' later this month.

Female KingAlarm officer in altercation video is a former cop