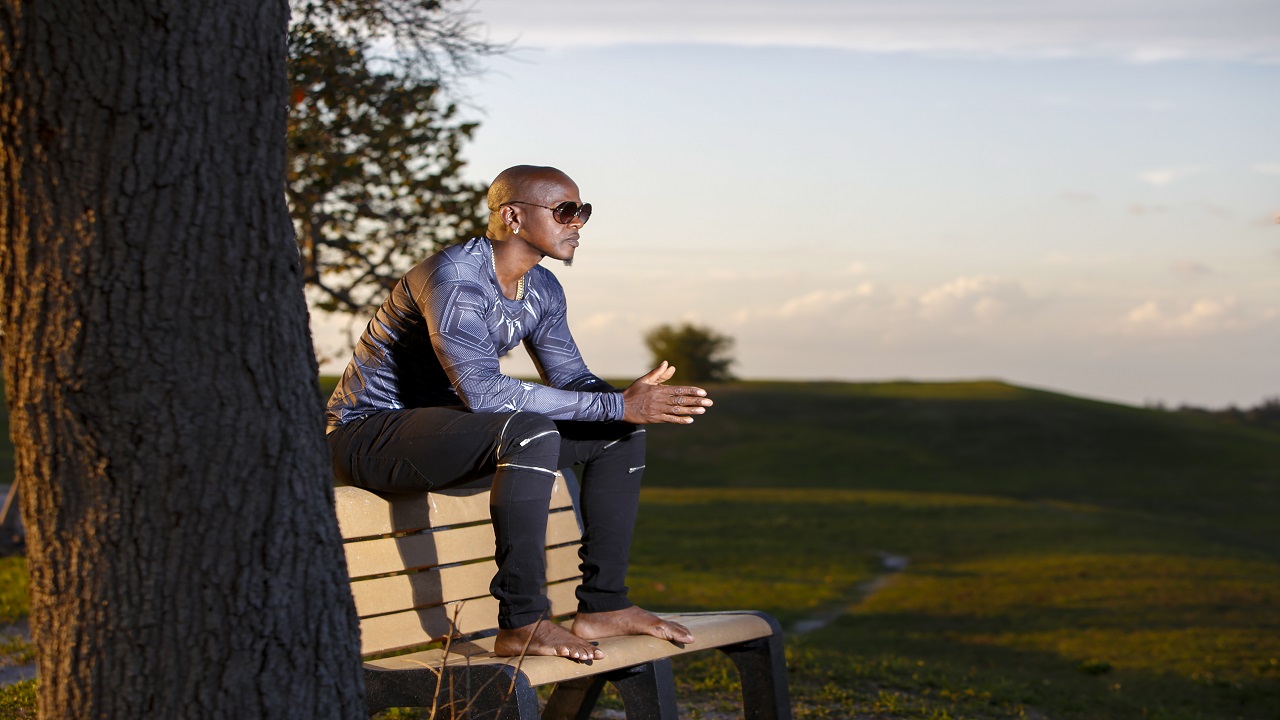 Mr Vegas is a new man. He is fully 'woke' - a slang byword for social awareness - and on the verge of a new state of black consciousness. He sees himself as a catalyst, fighting for a more enlightened generation who can identify with social consciousness and he is initiating that change through his latest album, Ism.

The album is grounded in the foundations of roots rock reggae as well as the spiritual teachings of Rastafari contained in the works of Bob Marley, Burning Spear, and Dennis Brown.

Through his quest for knowledge, he has been immersing himself in books like the 'How To Make A Negro Christian' by Kamau Makesi-Tehuti , and the Epic of Gilgamesh. He has gained a new appreciation for the powerful legacy of African culture, and a greater understanding of his role as a black man living in the Caribbean.

"The Ism is a breakthrough album, it has a bold new sound and mindset. Just listen with fresh ears and you will be surprised," he said.

Last year Vegas released the gospel album 'Soul Therapy', a project that spoke to the artist’s spiritual yearning as he endured painful personal challenges that were widely covered in the international press as well as social media. Moreover he had  grown increasingly disillusioned with the current state of dancehall music. For a time Mr Vegas even mentioned that he would be retiring from the dancehall industry altogether and focusing solely on spiritual music.

The artiste has carved out an enviable reputation as a dancehall star non pareil with singles such as  “Nike Air” and “Hot Gal Today” (featuring a young Sean Paul) to the classic 1998 debut album 'Heads High' all the way through the international smash “Pull Up” (which inspired Pitbull’s Top 40 single “Culo”) and the breakout hit, “Bruk It Down”.

Vegas continues to strive for relevance in today's world, and his spiritual and musical progression from Christian gospel to Rastafarian reggae represents nothing less than a revolution for the artiste. He has come full circle and music insiders and critics alike are raving about Vegas' transformation.

It has been a long, strange journey for Mr Vegas.

“After trying to find God, I went into the church,” Mr Vegas explains of the inspiration behind this new direction in both his life and his music. “It was there that I started reading the Bible in depth for the first time. After coming across some offensive text in regards to slavery and instructions on how to degrade women, I started asking questions—to which the Christians could not give me a satisfactory answers. Subsequently I started doing my own research, outside of the Bible and it was then that I found God within myself and my African roots. This album is just the start of my conscious journey.”

Clocking in at 12 tracks, Ism is a powerful statement from an accomplished artiste.  The entire album sticks to the classical roots reggae music apart from the final track, the playful dancehall cut “Wakanda Jam”—inspired by the African kingdom portrayed in the hit movie Black Panther—and “Love Up There,” an uplifting message set to a gentle uptempo riddim.

He showcases his commitment to black consciousness on songs such as “Kemet” and “Wake Up” , and on the song entitled “To Jah We Pray,” Vegas, for the first time, addresses God using the Rastafarian term.

“I say Jah because I think the Rasta movement is a positive movement and not religious faculty,” the singer explained. “However, I do understand, that all titles were made up by mankind, to go with their spiritual or religious brand.”

The album is rounded out by the production work of Kemist, son of renowned reggae singer Marcia Griffiths, and producers like Frenchie of Maximum Sound and the France-based producer Cisko.