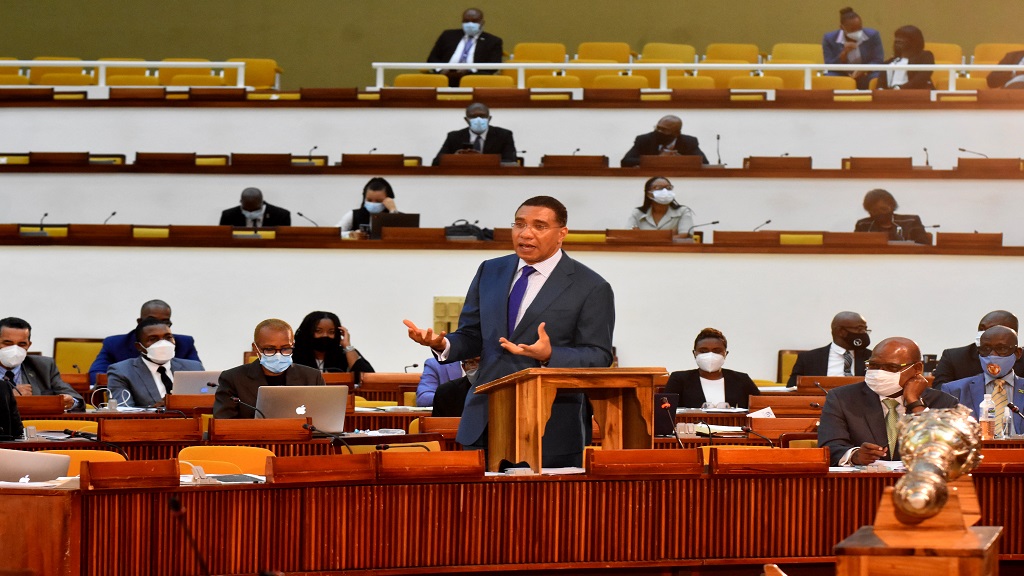 Prime Minister Andrew Holness has announced that $1 billion will be allocated to the 63 Members of Parliament (MPs) to effect repairs to some of the road network that has been severely damaged by recent heavy rains associated with two tropical storms – Zeta and Eta.

Each constituency will be allotted $15 million with specific instructions as to how the money should be spent.

The funds are part of a $2.3 billion package to the National Works Agency (NWA), which will manage the programme.

In the case of the Members of Parliament, the funds will effectively be spent as part of the traditional Christmas work programme. The difference this year is that the funds will be spent earlier.

Holness made the announcement on Tuesday as he updated Parliament on efforts to rehabilitate the road network in the wake of the battering that it took from the torrential rains at the end of October and the beginning of November.

“We have taken the decision to make funds available at both the national level and at the constituency level to each Member of Parliament to start the process of rehabilitation of some of the worse road conditions across the island.

"The Government has allocated, through the National Works Agency, $1 billion to be spent in very specific ways in improving driving conditions on some of the worst affected roadways," Holness said while acknowledging that the amount would not extend to every road that is in need of attention.

“I know too that it may not be able to do the extensive rehabilitation works that is required along some corridors, however, it will be able to carry out works that are desperately required," he stated.

And, he said the Members of Parliament will be given firm directions on how the resources should be utilised.

How the $15 million should be spent:

* $2 million - cleaning of drains and gullies

For its services, the NWA will collect a fee that is equal to 2.5 per cent of the amount being spent by the MPs, while the National Solid Waste Management Authority (NSWMA) will assist with beautification, sanitation and the removal of garbage.