Movies at Palace cinemas this Easter 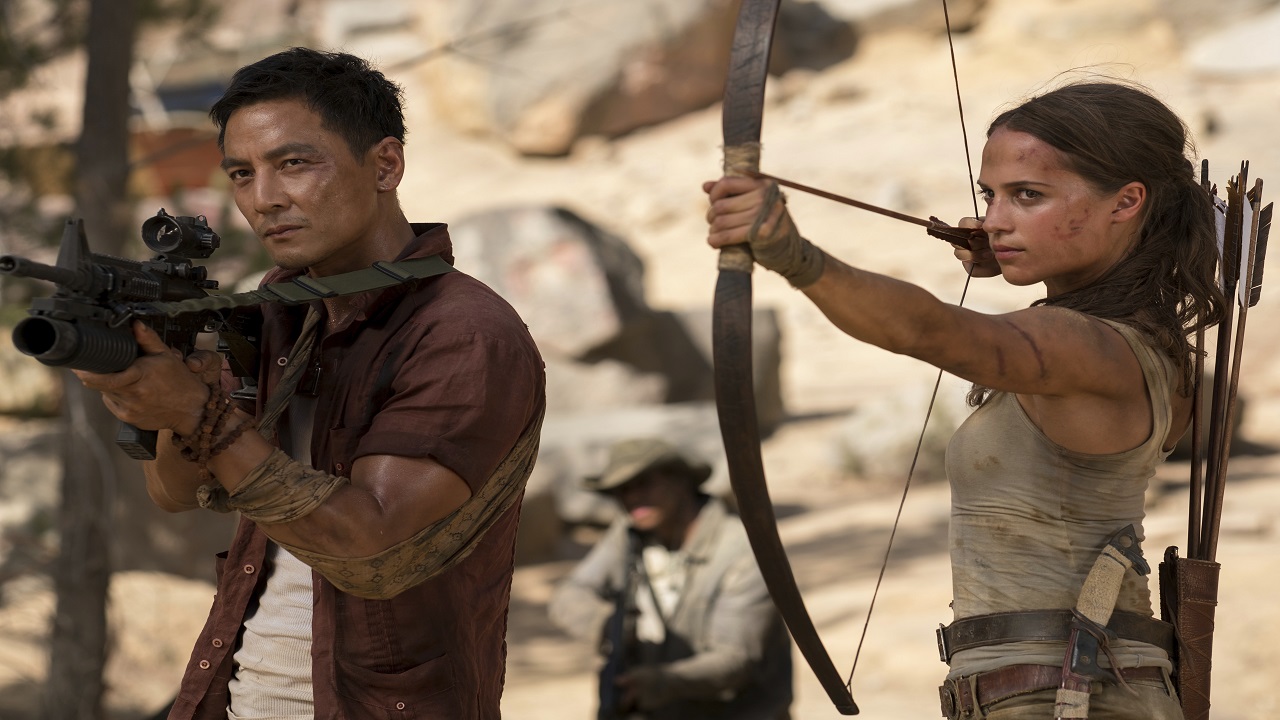 Peter Rabbit, the mischievous and adventurous hero who has captivated generations of readers, now takes on the starring role of his own irreverent, contemporary comedy with attitude. Peter Rabbit and his three sisters --Flopsy, Mopsy and Cotton Tail enjoy spending their days in Mr. McGregor's vegetable garden. When one of McGregor's relatives suddenly moves in, he is bewildered by the discovery of a family of rabbits in his new home. A battle of wills soon breaks out as the new owner devises different ways to get rid of Peter and his friends. James Corden, (The Late Late Show and Carpool Karaoke), voices the character of Peter with playful spirit and wild charm, with Academy Award® nominee Margot Robbie, Elizabeth Debicki, and Daisy Ridley performing the voice roles of the triplets, Flopsy, Mopsy, and Cotton Tail. The film also features Grammy Award® nominee Sia Furler as Mrs. Tiggy-Winkle.

Tomb Raider follows the young and resolute Lara Croft who is on a path to becoming a global hero. Lara Croft is the fiercely independent daughter of an eccentric adventurer who vanished years earlier. Going explicitly against her father’s last wishes, she leaves everything she knows behind in search of his last known destination: a fabled tomb on a mystical island. Her mission is a treacherous one, but she must push beyond her limits as she journeys into the unknown. If she survives this perilous adventure she will earn the title of “Tomb Raider”.  From the Warner Bros. Pictures and Metro Goldwyn-Mayer Pictures, Tomb Raider stars Academy Award® winner, Alicia Vikander in the lead role, under the direction of Roar Uthaug, with Academy Award® winner Graham King producing. The film also stars Dominic West, Walton Goggins and Academy Award® nominee Kristin Scott Thomas.

Paul, Apostle of Christ is the story of two men. Luke, as a friend and physician, risks his life when he ventures into the city of Rome to visit Paul, who is held captive in Nero’s darkest, bleakest prison cell. But Nero is determined to rid Rome of Christians and does not flinch from executing them in the grisliest ways possible. Before Paul’s death sentence can be enacted, Luke resolves to write another book, one that details the beginnings of “The Way” and the birth of what will come to be known as the church.

Bound in chains, Paul’s struggle is internal. He has survived so much—floggings, shipwreck, starvation, stoning, hunger and thirst, cold and exposure—yet as he waits for his appointment with death, he is haunted by the shadows of his past misdeeds. Alone in the dark, he wonders if he has been forgotten and if he has the strength to finish well.

Two men struggle against a determined emperor and the frailties of the human spirit to live out the Gospel of Jesus Christ and spread their message to the world. The film is directed by; Andrew Hyatt and stars; Jim Caviezel (The Passion of The Christ), James Faulkner (Downton Abbey), Olivier Martinez (S.W.A.T.), Joanne Whalley (A.D. The Bible Continues) and John Lynch (THE SECRET GARDEN).

The Met: Live in HD Così fan tutte this Saturday at Carib 5

A winning cast comes together for Phelim McDermott’s clever vision of Mozart’s comedy about the sexes, set in a carnival-esque, funhouse environment inspired by 1950s Coney Island—complete with bearded ladies, fire eaters, and a Ferris wheel. Manipulating the action are the Don Alfonso of Christopher Maltman and the Despina of Tony Award–winner Kelli O’Hara, with Amanda Majeski, Serena Malfi, Ben Bliss, and Adam Plachetka as the pairs of young lovers who test each other’s faithfulness. David Robertson conducts. Mozart’s wonderful production will broadcast live this Saturday, March 31, 2018, 11:55 a.m. at Carib 5.

Top picnic spots in and around Kingston

5 strange Easter traditions around the world