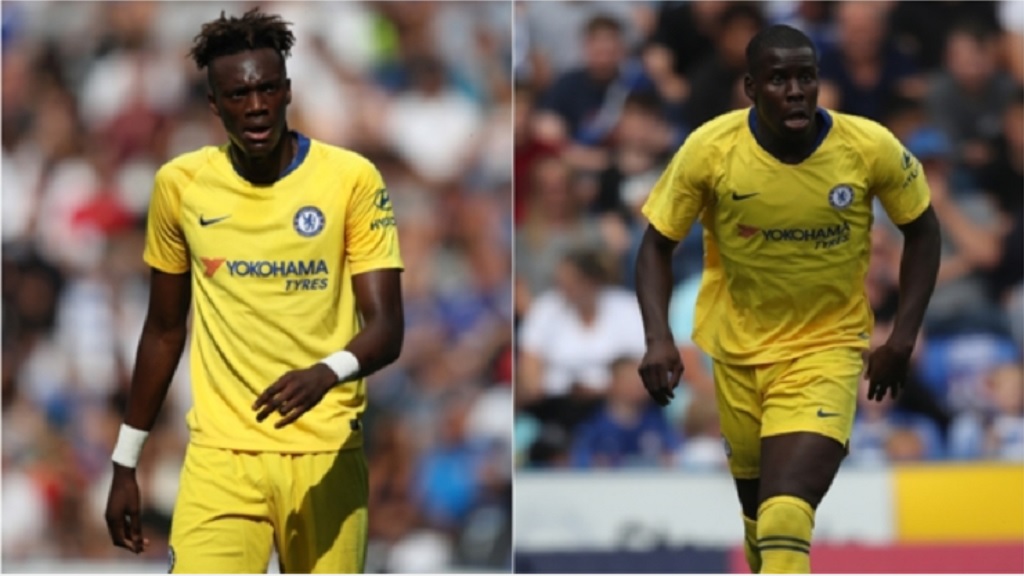 Jose Mourinho has told Frank Lampard to make the most of Kurt Zouma and Tammy Abraham while Chelsea are going through a transfer ban.

The Blues are unable to register new players until after next January after FIFA found them guilty of breaking rules relating to the transfers of under-18s. The Premier League club have appealed against the decision.

Christian Pulisic was cleared to complete a transfer from Borussia Dortmund that was agreed in January, while Mateo Kovacic has made his loan from Real Madrid into a permanent move, but new boss Lampard has otherwise been unable to bring in fresh faces.

With Eden Hazard having gone to Madrid, Gonzalo Higuain returned to Juventus and experienced defender Gary Cahill leaving, Lampard is likely to have to utilise some of Chelsea's young talent in the coming season.

Mourinho, who won two Premier League titles at Stamford Bridge when Lampard was a player, says there is plenty of talent at his old midfielder's disposal.

"I think every manager in the world loves to play kids from the academy," he told Sky Sports. "The question is: what is the product from the academy? What can you work with to improve?

"I think Chelsea is a very special club in relation to that. I just give an example: Chelsea needs a centre-back - Kurt Zouma! You don't need to buy, you don't need to spend. Zouma!

"Do you need to buy a young centre forward? No! And Chelsea were criticised many times with the number of players they had on loan, more than 30 players, 40 players, but now the moment arrived and they have answers like nobody else could have.

Chelsea have won four of their six pre-season matches under Lampard, including Wednesday's 5-3 victory over Red Bull Salzburg, but face a tough opening to the Premier League season with a trip to Old Trafford to face Manchester United on August 11.

The Europa League winners then take on European champions Liverpool in the UEFA Super Cup in what is a daunting start for Lampard in terms of competitive fixtures.

But Mourinho thinks only time will tell whether the former England star - "a tremendous professional" in his eyes - is going to be a success in the dugout.

"You know, time will see," Mourinho said. "Only time. It would be nice and easy for me to say, because I love him, that he's going to be a phenomenal manager.

"It would be very nice for me to say, but I'm not going to say that, and I cannot also say I don't believe he's going to do it, because that's not the way I feel.

"I feel that he has potential, I feel that he loves, which is a very important thing, he loves - that's the reason why he is there - and I wish him the best but only time can speak and in a few years we will see.

"What I always saw in Frank was an example of a professional. I was lucky to have so many untouchables, but he was one of the untouchable players I had in my career. A tremendous professional. Tremendous."