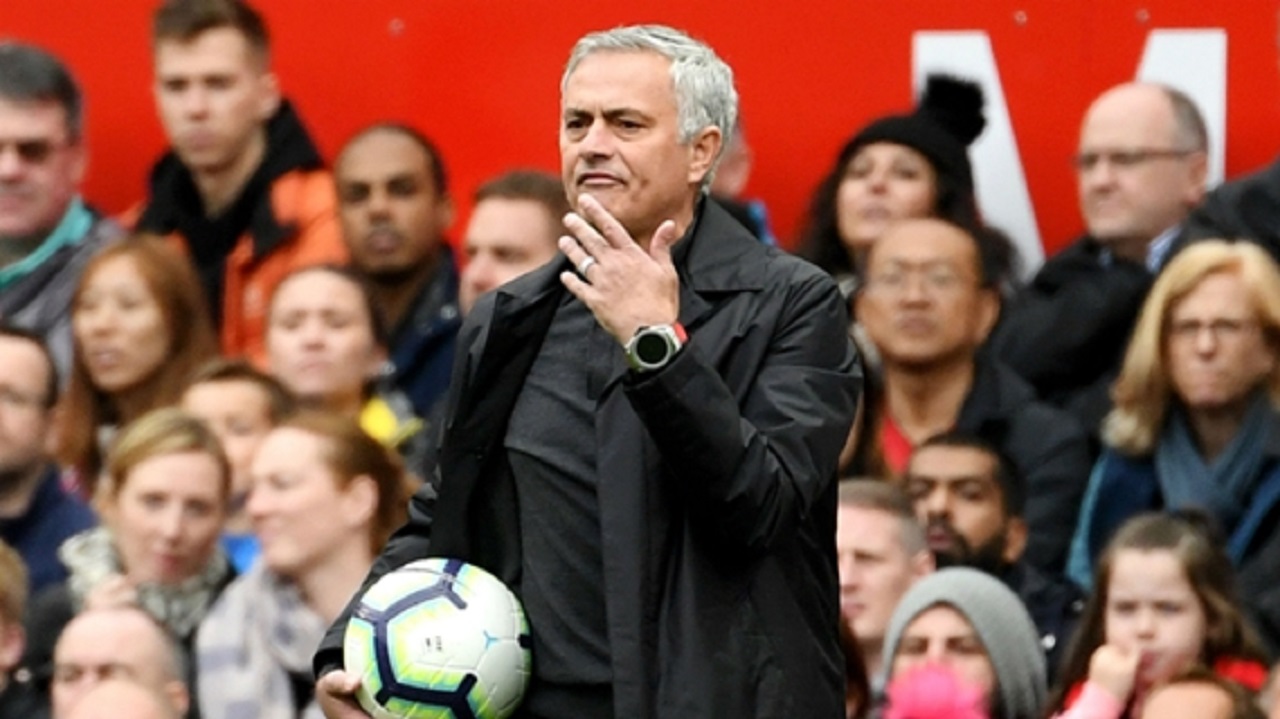 Jose Mourinho has told his Manchester United players to learn from the attitude Wolves displayed in Saturday's 1-1 draw.

Despite coming into the game on the back of three successive away wins in all competitions, United were nowhere near their best as they returned to Old Trafford for the first time since late August.

Fred's first goal for the club gave them the lead in the 18th minute, but Wolves – who were vastly superior to United for parts of the opening half – deservedly levelled just after the break, with Joao Moutinho finding the net.

And Mourinho was left irritated by the attitude of his players, seemingly envious of Wolves' mentality.

"Not a good performance, not a good result," Mourinho told reporters. "A fair result.

"I think Wolves, by the way they faced the game, they deserve [the point] because they play like I like to play, which is like the World Cup final.

"That's the attitude that I like my teams to have every match, and we didn't have that. They had [it], we didn't.

"The attitude made the difference. They were in the game since the first minute, they played every ball, every second in the maximum of their intensity, their desire, and we didn't.

"We start poorly, we start both halves at a low intensity, and it's difficult to win matches when you are not there with everything you have.

"This is something you learn as a kid in the academy. You don't need to have experiences at the highest level to learn that.

"Unless you are playing in such a weak league where you play against really weak opponents and then playing 20 per cent of potential is enough to win. That's not the case, and we all know that."

United's mentality baffled Mourinho, who was unable to offer an explanation for why Wolves appeared more fired up.

"So, for me, it's difficult to explain that. We won three matches away, we come home with a good spirit, we come home in peace because we recover and then you start in a poor way.

"And I could say [we were] tired, Champions League, awful pitch [at Young Boys], the body suffered a different impact than a match in natural grass, not coming home after the match.

"I could go in this direction, but we had [Jesse] Lingard and Alexis [Sanchez], they didn't play, [Marouane] Fellaini played 20-25 minutes, Fred played 60 minutes, [Antonio] Valencia also didn't play.

"So, we didn't have a team that was in big trouble with accumulation of matches. So, I think, yes, it's a mental situation, and attitude, and again one team was coming to play the game of their lives, the other was too relaxed."