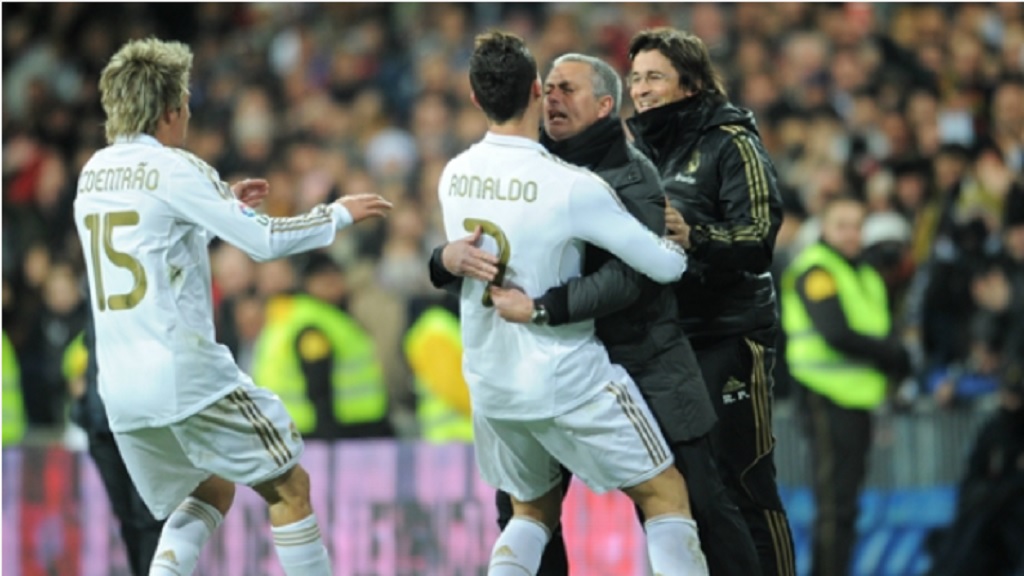 A 3-1 defeat to fierce rivals Liverpool on Sunday proved to be the final nail in Jose Mourinho's Manchester United coffin. Less than 48 hours later, the Premier League club announced his departure.

The timing of the decision was unexpected, even if United's dismal season meant there was an inevitability about his exit, and it leaves the Portuguese at a crossroads in his career.

Once one of the most revered managers in world football, Mourinho's standing has taken a major hit after being sacked by Chelsea three years ago and now cast aside by United, who are languishing in sixth place in the table, 19 points behind leaders Liverpool after 17 games.

So where next for Mourinho? We take a look at some of the potential options for a man with league titles in England, Italy, Spain and Portugal, as well as two Champions League titles, on his impressive resume.

They say you should never go back. However, Mourinho has shown in the past that such an adage is one he has no time for, demonstrated by his return to Chelsea for a second stint after departing Real Madrid in May 2013. During his first spell at the Santiago Bernabeu, Mourinho led Los Blancos to LaLiga glory in the 2011-12 campaign, toppling Pep Guardiola's fearsome Barcelona side and accruing 100 points in the process. Mourinho left under somewhat of a cloud amid rumours of disagreements senior stars such as Iker Casillas, Pepe and Sergio Ramos. But when Julen Lopetegui's short and forgettable reign was ended earlier this season, Mourinho was tipped as a potential replacement and, while Santiago Solari has been appointed on a full-time basis, the historically short shelf lives of Madrid coaches means a second coming is not out of the question.

If not Madrid, then Mourinho may eventually fancy a return to another form club Inter. His first spell at the Nerazzurri between 2008 and 2010 was one of the most memorable in the club's history. Under Mourinho, Inter completed an unprecedented Serie A, Coppa Italia and Champions League treble in the 2009-10 season. Inter do, of course, have a head coach already in Luciano Spalletti, but after they crashed out of the Champions League group stages reports suggested Mourinho may be offered a route back to San Siro.

Admittedly, this suggestion may appear a little unlikely. Under Thomas Tuchel, PSG are flying in Ligue 1, winning 14 and drawing two of their matches thus far, opening up a 10-point lead at the top of the table while having games in hand over their nearest rivals. Still, domestic success means little at the club – just ask Laurent Blanc and Unai Emery – and Tuchel will ultimately be judged by the club's wealthy Qatari owners on results in the Champions League. Should he fall short – and remember PSG face United in the last 16 of this season’s competition - then might the club's hierarchy find the lure of a proven Champions League winner too hard to resist?

Mourinho's previous Inter history makes this unlikely, but in football you should never say never. Milan are in a battle for a Champions League return via their placing in Serie A this season, but if they fall short then Gennaro Gattuso's often rocky position as head coach may be in danger again. Mourinho has proven successful in Serie A before and the Rossoneri could be inclined to tempt the former Porto boss back to a city where he enjoyed some of the best moments of his career.

Mourinho has in the past spoken of his desire to coach the country of his birth. The timing of this one would not particularly fit with Fernando Santos having led Portugal to Euro 2016 glory and, despite falling at the last 16 of the World Cup this year, the team are through to the last four of the Nations League Finals. However, should Portugal show any sign of struggling to qualify for Euro 2020, they may just feel the ideal candidate to replace Santos is someone searching for a fresh challenge away from club management.