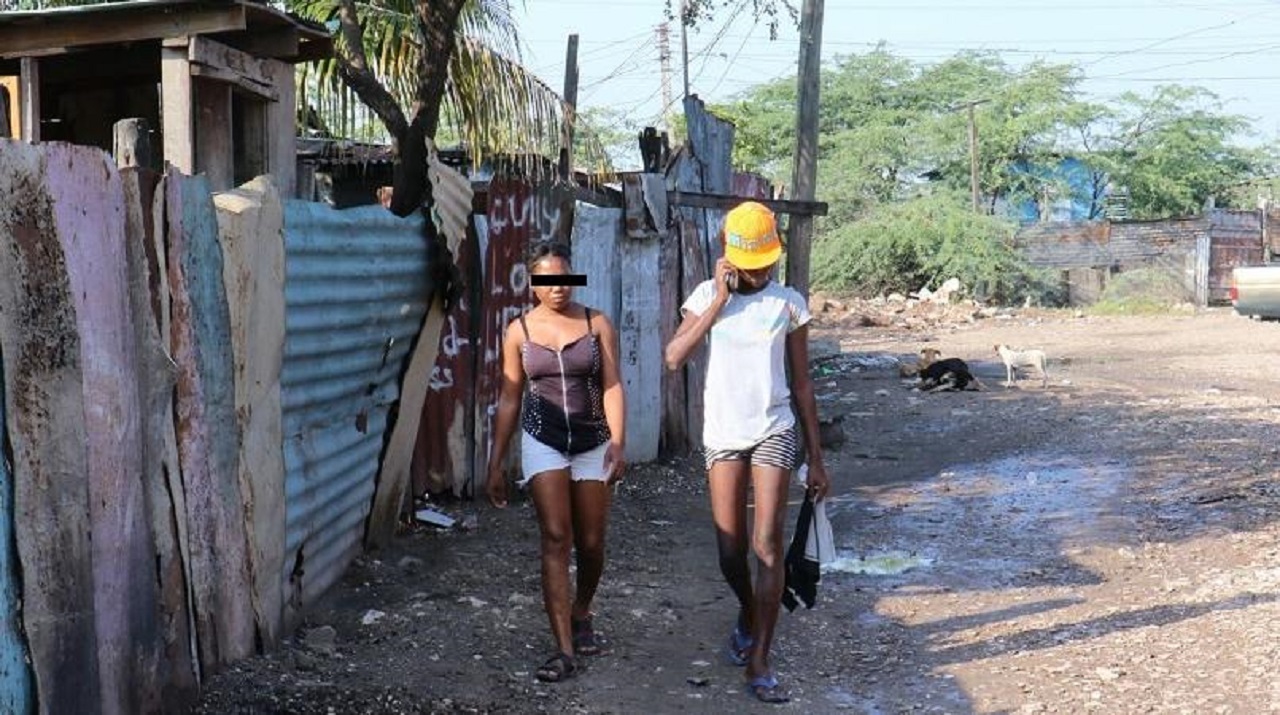 Women walk amid zinc fencing in an inner-city community in Jamaica.

The Jamaica Social Investment Fund (JSIF) will be undertaking the removal of some 1,000 metres of zinc fencing in the Mount Salem Zone of Special Operations, (ZOSO).

The zinc fences will be substituted with Class A reinforced block and steel concrete walls. JSIF, in a statement on Tuesday, said the project, a contract for which will be signed on Thursday, forms part of the general infrastructure development in the Mount Salem ZOSO.

JSIF is a member of the ZOSO Social Intervention Committee and the work will be undertaken with funding from the Ministry of Economic Growth and Job Creation.

JSIF said the project is valued at $26 million and will be implemented using a community-based contracting methodology, which will see the Mount Salem CDC being the project managers.

It said the project will be implemented over a nine month period, during which some 75 to 100 persons will be employed.

“On completion the zinc fence substitution project will have a positive impact on community safety and the aesthetic development for the over 4000 residents within the Mount Salem ZOSO,” JSIF said.

Mount Salem, a volatile community in St James, was declared the first ZOSO last year amid a flare-up of violence. The ZOSO, which has had several extensions, has significantly reduced crime and violence in the community.

Marina Burnel catches the mood of the street through Zinced