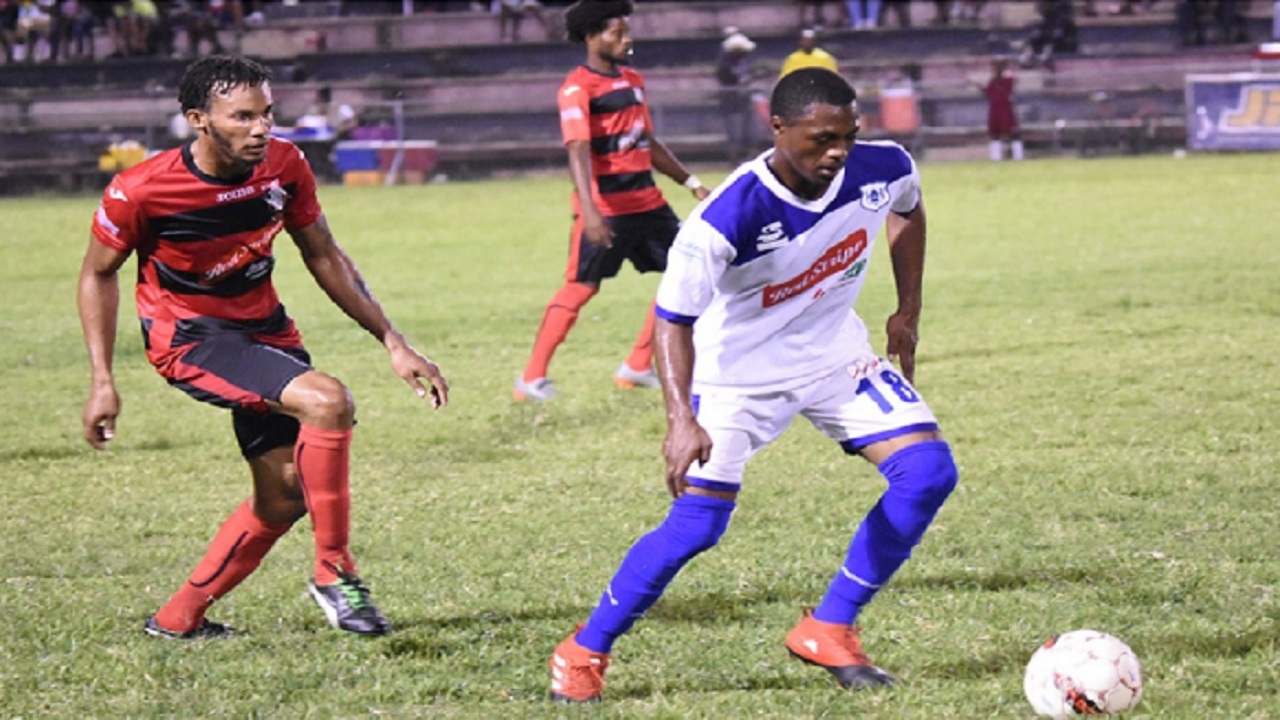 Promoted Mount Pleasant Football Academy and Tivoli Gardens will both be out to recover from their first defeat of the 2018-2019 Red Stripe Premier League (RSPL) on Match Day on Sunday.

The two teams will face off at the Edward Seaga Sports Complex at 3:30 pm.

The excellent start that both teams had, received a dent on Match Day 4 last week with Mount Pleasant going down to fellow-promoted team Dunbeholden FC 1-0, the same margin that Tivoli stumbled against archrivals Arnett Gardens.

The loss halted Tivoli’s perfect start to the season as they had won 2-0 away to Montego Bay United, 2-1 at home against Reno and 1-0 against Dunbeholden. Those victories had propelled them to the top of the league with maximum nine points.

Mount Pleasant started with a 2-1 victory on the road against defending champions Portmore United before defeating Waterhouse 1-0 at home and drawing with Montego Bay 1-1 in Montego Bay.

For Tivoli Gardens the loss has seen them dropped one place to second as they remained on nine points the same as Arnett Gardens, but while both share identical goal difference of three, Arnett have scored more goals.

Mount Pleasant also lost ground in the race following the defeat as they dropped from second to now occupy fifth position.

Edwards said, “I am expecting a good encounter against a good Mount Pleasant team, but we are playing at home and we want to drive home the advantage and we are hoping that when the game finishes, we are on the brighter side of things.

“I don’t know much about Mount Pleasant as the most I know is that they have brought in a lot of expensive players so to speak. But based on Duckie the coach, I am expecting a Mount Pleasant team to come well organised defensively and to some extent to play a medium-pressed game. We organised our training session around that this week,” Edwards said.

Tivoli will be without the influence of two key players in Tevin Shaw and Andre Moulton, who are both bothered by ankle injuries.

Donovan Duckie, coach of Mount Pleasant Academy is expecting his team to recover from the defeat against Dunbeholden FC.

Duckie said, "they trained well and the team spirit is high. To tell you the truth, it is October and no league in Jamaica is won in October. We are going to win games, lose games, and draw games. Our objective is to finish in the top six."

MONDAY'S GAME
Waterhouse vs Cavalier at Waterhouse Stadium at 8:35 pm