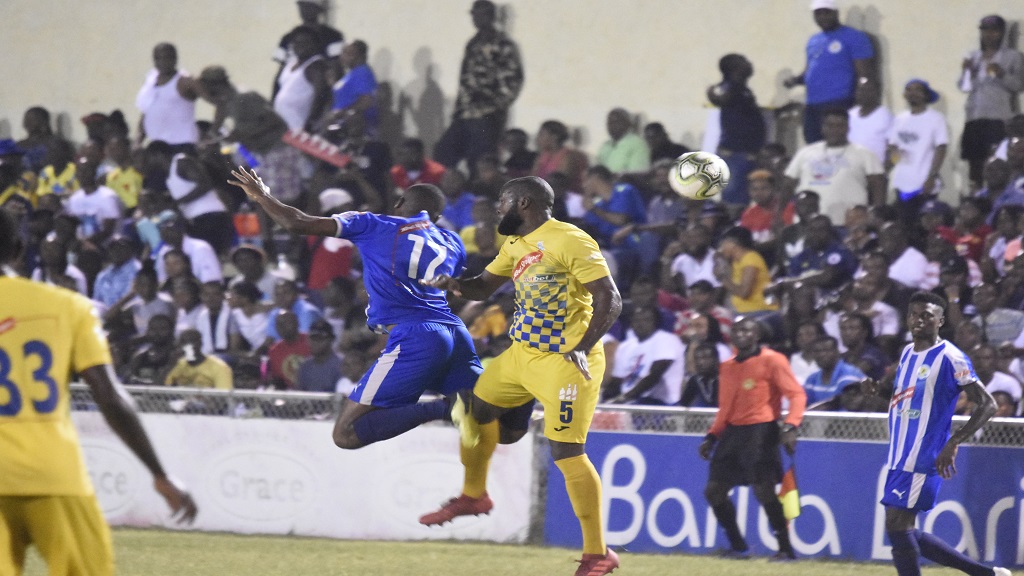 Duckie made the comment after Mount Pleasant Football Academy defeated Harbour View 2-1 in the Monday Night Live fixture at the Harbour View Mini Stadium, the final game of Match Day 6.

"Everything in football is a continuation and in pre-competition phase, I thought we had an excellent preparation and did well in the pre-season and it is a form that I think we have carried over into the start of the competition," said Duckie.

The victory carried Mount Pleasant Football Academy to second place on 13 points and a plus three-goal difference. Defending champions Portmore United lead the league also with 13 points but with a plus-six goal difference.

The top two are a point ahead of third-place Tivoli Gardens, which are two points ahead of fourth-place Cavalier and fifth-place University of the West Indies (UWI) FC.

“I think the team has been working hard. The team must be praised because it is week in, week out these guys come to training and they are very disciplined, as they have to deal with the rules of the club," Duckie further said.

“They know the standard they have to exemplify on a daily basis and it is difficult for them and they are putting in the work and I think these are some of the rewards we are achieving."

And based on what has transpired this season, Duckie believes that Mount Pleasant Football Academy, which has won four of their six games, should be a serious threat for the Premier League title.

He said, “definitely. There is no expectation for me. I would say I am a seasoned campaigner but for the owners and the fans, the expectations are very high.

“Every team in the competition must be taken seriously and look at the result with Dunbeholden. We just want to be very competitive in mid-table."

Mount Pleasant Football Academy has only suffered a defeat this season when beaten 1-0 by Dunbeholden, the other promoted team, on October 7 at the Drax Hall Stadium.

“We want to make the top six and from there, history has shown that any team that makes the top six, irrespective of their position in the early stages, they have a possible chance of winning," reasoned Duckie.